For adventurous film lovers (or, honestly, anyone who loves a good time without having to pay a cent), the Kansas City Underground Film Festival is the place to be in September. Now in its third year and running from Sept. 14-24, the 2022 iteration boasts the festival’s tightest, most intriguing lineup of features, documentaries and shorts yet. Co-founders Willy Evans and Kari Bingham-Gutierrez say to expect a party.

“Forget your families, forget your jobs, only think about film,” Gutierrez says. “It’s really hard to see these movies anywhere but the festival.”

This year’s films, which will screen at the Charlotte Street Foundation and Stray Cat Cinema, are indeed unlike anything you’ll find anywhere else. The lineup includes the crowd-pleasing Japanese monster beat-down film Yuzo the Biggest Battle in Tokyo, which festival programmer Andrew Linn calls “An indescribable Kaiju movie that I just really want to see with an audience.” 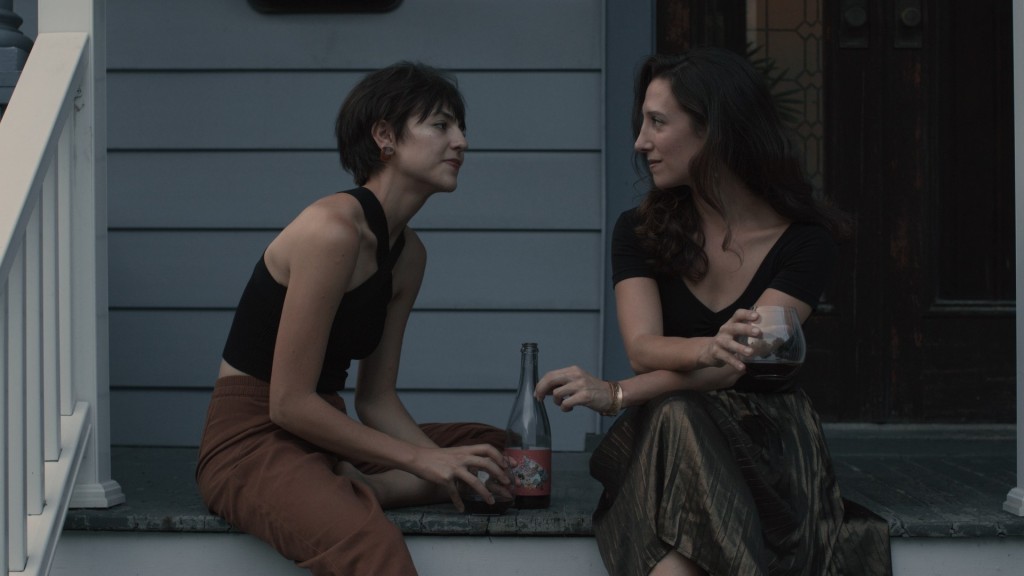 Also on the docket: an hour-long Star Wars fan movie (Or, St*r W*rs, if you want to go by KCUFF’s lawyer-friendly program spelling) called The Last Padawan 2, which Evans says approaches the saga’s recent streaming series in terms of both content and production value—probably the highest compliment a fan-made film could hope to get. “I don’t know how the filmmakers found us, but they found us,” Evans says. “They worked so hard on it, I think people really need to see it.”

Looking for something visually ambitious that doesn’t involve giant monsters or Jedi? Try Love at War, in which two arguing lovers are interrupted by otherworldly beings called “intraterrestrials,” who claim the fate of the world rests on the couple’s reconciliation. “We tell people it’s like The Good Place meets Wes Anderson meets the Brady Bunch intro,” Evans says. “That movie works through its limitations in the most creative ways.”

If you’d rather check out something more grounded, Evans says the mumblecore-esque Good Luck with Everything, about a heartbroken housesitter living with an unexpected couch-crashing guest, is not to be missed. “It’s a really wonderful little movie, highly improvised and conversational,” Evans says. “It’s 75 minutes long, and when you finish it, you’re like ‘that was delightful, I loved that.’”

In addition to feature films, the festival also offers a rich selection of shorts, typically paired in blocks with longer films, with genres ranging from documentary to drama to horror and beyond. Of these, Bingham-Gutierrez recommends Chicken, a five-minute film about “a man in this weird spot in his life who gets to dress as a mascot for a chicken restaurant.”

Evans’ pick: the horror short Sanctus, which he describes as “Dental nightmare imagery as an allegory for identity. It’s really good but a bit upsetting.” He also recommends Q&A (Standard Intake Questionnaire), which features 10 minutes of slowly-scrolling, increasingly strange questions. “It’s a bizarre little movie that I’m excited to show,” he says.

KCUFF’s local filmmaker showcase, the festival’s largest yet, hits on the 24th, featuring hour-long blocks of short films with intermissions between to mix, mingle and grab free refreshments. “We decided there were so many good local movies that we didn’t want to leave anything out,” Evans says. “The last screening bloc is as big as we could responsibly make it.”

The programming includes shorts from filmmakers ranging from Olathe Northwest high school student Grant Moyer to KC fixture Ryan Njenga. “It’s going to be a big celebration of local films, a real party atmosphere where you can meet a lot of people,” Evans says.

Linn says he’s particularly excited about this portion of the festival. “It’ll be a chance for people to get to know each other and really talk about the films. I feel really strongly about creating a space for people to do that, and I’m enjoying seeing it happen.”

Admission to the Kansas City Underground Film Festival is totally free (but donations are welcome if you’re so inclined). You can reserve tickets online and learn more about the films on offer at kcundergroundfilmfest.com