The Kanrocksas Music Festival is coming. Is Kansas City ready? 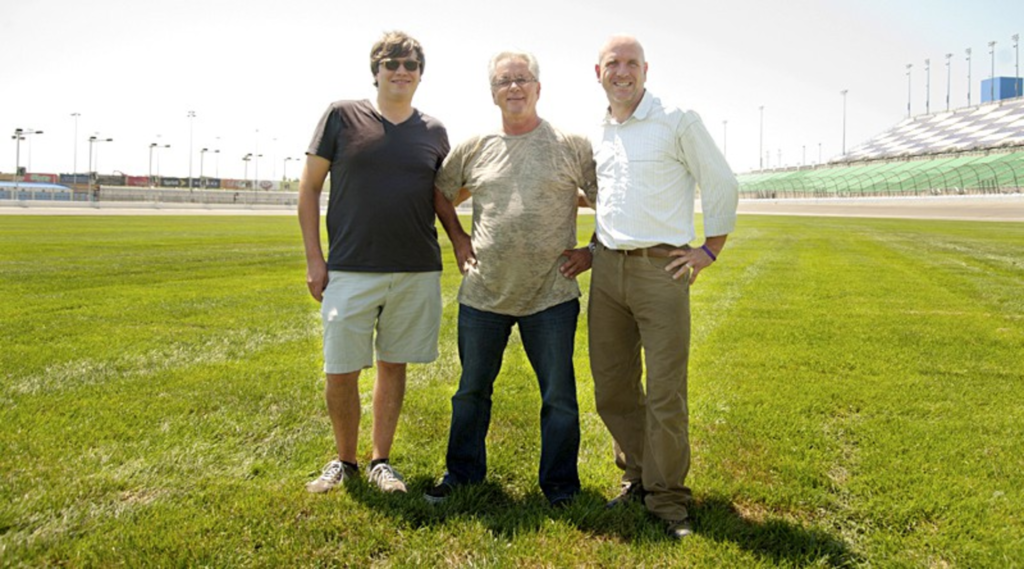 Whose idea was the name? Everybody points at Chris Fritz. The 64-year-old grins sheepishly and looks down into his lap, avoiding eye contact with his fellow organizers, who have assembled in a conference room at the Kansas Speedway offices in Kansas City, Kansas.

“I wanted it to be an original word that would pop up at the top of Google searches. It was kind of a, you know, wine-and-legal-pad type of idea,” Fritz says, adding with an affable indignation, “and I still think in a couple years, it’ll sink in, and people will say, ‘Hey, what a cool name.'”

For now, it’s hard to imagine anyone, anywhere, ever pronouncing the word Kanrocksas without wincing a little, much less commenting on what a great fake word it is. But then,
Lollapalooza and Bonnaroo don’t represent the height of modern American language, either. A silly name is easy to forgive when it represents a successful endeavor. Which leads us to the big question: Is Kanrocksas — the two-day (August 5-6) music and camping festival at the Kansas Speedway, announced out of nowhere in April and featuring major national touring acts such as Eminem, Muse, Kid Cudi and the Black Keys — a winner?

Its founders already are. Fritz has been in the concert business for about 45 years. In 1974, he organized his first festival, the Ozark Music Festival, in Sedalia, featuring Aerosmith, Bob Seger and the Eagles. Somewhere in the neighborhood of 250,000 people descended upon the Missouri State Fairgrounds that weekend. By most estimates, it’s considered one of the largest U.S. music festivals of all time. In the 1980s and 1990s, Fritz helmed a number of different companies that promoted and organized live music in the Kansas City area, in addition to cofounding what is now known as the National Lacrosse League. His current company, New West Presentations, manages and operates Capitol Federal Park at Sandstone.

Fritz met Bill Brandmeyer through sponsorship deals at Sandstone. In 2008, Brandmeyer’s parents, Joe and Jeanne, sold their medical-products company, Enduria, to Cardinal Health Inc. for a reported $490 million. Bill Brandmeyer had served as the director of new business development at the company and, along with his seven siblings, received a percentage of the sale proceeds. He then formed a restaurant company, B. Branded LLC, which owns Los Cabos and Wild Bill’s Steakhouse and Saloon at the Legends. Fritz was aware that Brandmeyer’s family also operates Brandmeyer Enterprises, a venture-capital firm, and toward the end of last summer, he suggested that the two meet to discuss an idea he’d been thinking about.

“I’ve wanted to throw a festival out here since the Speedway was completed [in 2001],” Fritz says. “But when they opened, they were too busy with the racing operations, and they told me they wanted to table the idea for a while. Then in 2003, I brought the idea to them again, but nobody was ready for the idea of a two-day festival yet. Bonnaroo was only in its second year. Lollapalooza had come and gone but hadn’t returned in its current form. Coachella was still finding its footing. The festival business just hadn’t arrived yet. In 2008, we were talking about it more seriously again, and then the entire world collapsed.”

In 2010, Fritz again started talking about his idea with Josh Hunt of Mammoth Inc., which books all events at Sandstone. Together, they felt that they had the expertise to create and organize a large-scale music festival. They approached the Speedway and got a warmer reception. But how to bankroll the operation? In Brandmeyer, Fritz saw an ideal candidate: a music enthusiast with access to significant capital.

“He had a business model that we thought was attractive,” Brandmeyer says. “The model for a festival like this is already out there. Multi-day, multi-artist festivals are the way the music industry is headed. We’re obviously taking a pretty huge risk, but our family has always been a group of risk takers. And I think, also, it seemed like an interesting way to spend the summer.”

By last fall, Fritz and Brandmeyer had formed a partnership, Brandmeyer Fritz Festivals LLC (BFF), aimed at turning Fritz’s vision into reality. (Brandmeyer Fritz Festivals is sometimes referred to by the organizers as “Big Freakin’ Festival LLC” and “Best Friends Forever LLC.”) They hired Hunt to handle day-to-day operations and booking, and began working with the Kansas Speedway, which is renting BFF the track for the weekend and has an equity stake in Kanrocksas’ upside. “One of our biggest questions was how invested the Speedway would be in what we were trying to do,” Brandmeyer says. “If they were only interested in a one-off thing, that wasn’t very attractive to us. We want to do this multiple times. But they were great. They said, ‘Let’s make this the standard by which other racetracks do festivals.’ And if we do a good job with it, there’s 10 other tracks that are part of the International Speedway Corporation that might be interested in having us come out and do a fest at their track, too. It lent itself to more opportunities.”

There are structural advantages to holding a music festival at the Kansas Speedway, as well. For one, the acres and acres of land surrounding the site allow for comfortable camping. (Camping comes free with the ticket, and each car is allotted a generous amount of space to set up tents, grills and such.) That an existing infrastructure is in place is especially promising (as opposed to most festivals, which set up on top of giant open fields). Rather than portable toilets, actual restrooms are on the premises: in the garages at the center of the track and in the concourses of the grandstands. And in addition to a great deal of green space, the infield area boasts access to running water, water misters, concessions and power outlets.

The size of the Speedway itself — it’s remarkably huge, the size of the entire Truman Sports Complex — also allows for some special bells and whistles: a lit-up ferris wheel, food trucks, a giant water slide, art installations. In terms of amenities, at least, Kanrocksas is looking to be vastly superior to nearly every other music festival in the country.

But the lineup is why people buy tickets to a music festival, and whether the Kanrocksas lineup is worth its two-day $179 price tag has been the topic of much debate. By piggybacking off Lollapalooza routing schedules (the Chicago festival is taking place the same weekend), Hunt has been able to secure some huge names. And by adding the Critical Mass tent — a home for electronic acts at the fest, like Bassnectar and Sound Tribe Sector Nine — the organizers have been able to broaden the fest’s appeal to a new niche.

Still, Kanrocksas is charging close to Lolla­palooza prices and offering only about half the draw. Fair?

“Trust me, nobody involved with this thing is planning on running out and buying Bentleys when it’s over,” Fritz says. “But this is going to be bigger than an event. This is not a concert. It’s a monstrous occasion, with all the ingredients of a full-blown happening.” (Fritz says he’s expecting 50,000 per day, with 10,000 coming in from out of town.)

Brandmeyer stresses the amenities, comfort level and extracurriculars as selling points, in addition to the lineup. “We’re spending basically whatever we can on this thing to make sure everyone involved has a great time,” he says. “We’re not cutting corners. We want to have a long-term run with this. The challenge has been convincing Kansas City to embrace this incredible festival we’ve been able to build.”

“When you talk to people at the national level, and they see what we’ve been able to accomplish so far, it’s unbelievable to them that some group from Kansas City could put it together,” Brandmeyer says. “It’s like, ‘Where’d these guys come from?'”

A History of Notable Concerts in KC