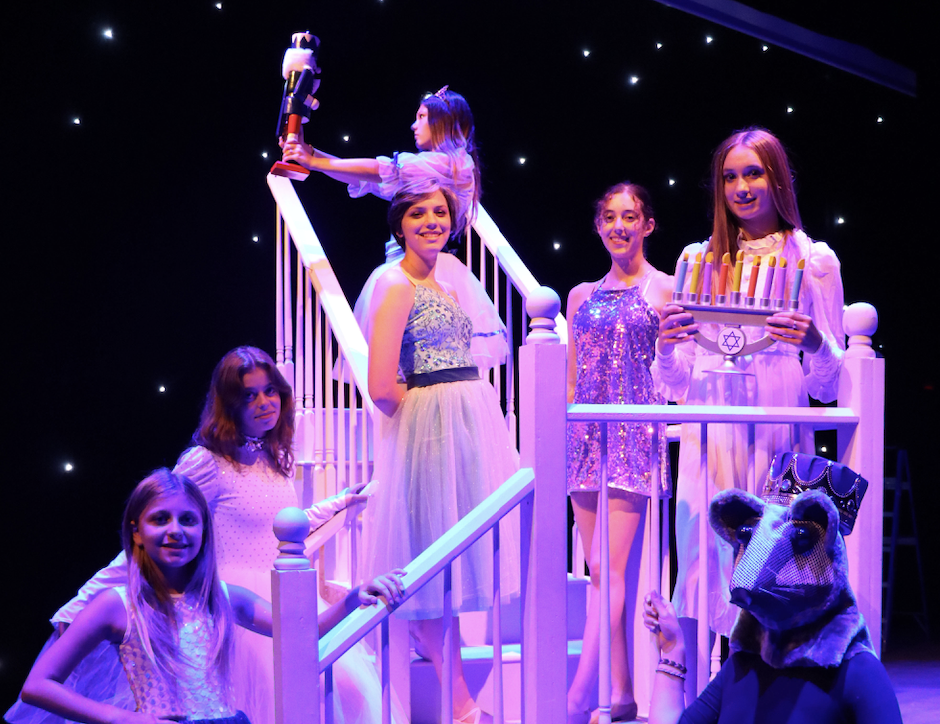 Move over, sugar plums, because latkes, sufganiyot, and gelt are taking their turn on center stage this holiday season. The Land of Sweets is switching to the Land of Nosh as the Jewish Community Center hosts its very own production of The Jewish Nutcracker Dec. 12.

The production will feature students from high school seniors to toddlers who attend dance classes through The J’s studio, Encore! Dance, Acro + Tumbling. Although they’ve had this idea for years, this is the first time the school is presenting the production.

Maggie Osgood Nicholls, director Encore! at The J, wrote the show herself. She’s directing it alongside Caroline Ivison.

“We just adapted the Nutcracker and put a Jewish twist on it with a lot of nods to Jewish traditions. We worked together with our Jewish life and learning program and our Family Engagement [team], and we’re hoping to eventually grow this into a regular tradition here at The J,” Osgood Nicholls says.

A good part of the framework is similar to the classic Nutcracker, but the details are all different. It starts off with the main character Rebecca going to a party at her bubbe’s (grandma’s) house.

Later, she meets characters such as the Shamash, named for the middle candle on a menorah that lights the others, and Mother Latke. The Land of Nosh has everything from jelly donuts to chocolate coins, and Maccabee soldiers step in to fight the mouse army alongside the Nutcracker.

Maren, 16, is playing the Nutcracker and loves the new tweaks to the story.

Ballet is part of this show, but it’s not the whole thing. The battle between the Nutcracker and the Mouse King features tap dancing, and there’s a hip-hop battle between applesauce and sour cream to be the supreme latke condiment. Add some jazz-dancing dreidels, and you get the picture.

Of course, innovation isn’t always easy. The costumes alone were a little hard to come by.

“There aren’t a lot of Jewish Nutcracker costumes out there, so we’ve had to pull together a lot of pieces from Amazon and dance company websites, and that has been pretty challenging, but it’s been a fun challenge,” Maren says.

“It’s a creative collaboration with a lot of individuals. I’m currently sewing a Shamash costume in my office right now, and then the head of the theater is sewing and creating 50 dreidel skirts for me as well,” Osgood Nicholls says.

Both Osgood Nicholls and Maren say the effort is worth it to transform this idea into an actual show after years of conversations.

In a holiday season that can feel like it’s only about Christmas, having a way for the dance students to perform in a festive show with Jewish themes is a unique opportunity.