The Jesus Music’s focus wanders from its higher power

Amy Grant in The Jesus Music. // Courtesy of Lionsgate

Directors Andrew and Jon Erwin’s new documentary, The Jesus Music, attempts to trace the history of Christian music from its Jesus people roots through the late ’80s and ’90s Contemporary Christian Music (CCM) boom, to its current incarnation as worship music.

While a preponderance of talking heads means that nearly every major name is represented, the film is less successful in terms of presenting a cohesive story.

“With stirring songs of faith, love, and hope, Jesus music rose from America’s 1960s counterculture movement to become a worldwide phenomenon. This fascinating documentary reveals the music’s uplifting and untold story — from its humble beginnings at the Calvary Chapel in Costa Mesa, California through its transformation into the multibillion-dollar industry of Christian Contemporary Music today. Directed by the Erwin Brothers (“I Can Only Imagine,” “I Still Believe,” “American Underdog”), THE JESUS MUSIC is the definitive love letter to CCM fans that features intimate interviews with the genre’s biggest stars including Amy Grant, Michael W. Smith, TobyMac, Kirk Franklin, and Lauren Daigle. With stories of trials and triumphs, the universal power of music from these artists shine through from their messages of passion, sacrifice, and redemption that inspire millions of devoted listeners.” 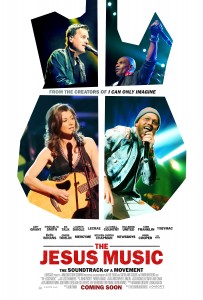 The Jesus Music is an excellent collection of interviews with some of the biggest stars in CCM, such as Amy Grant, Michael W. Smith, TobyMac, and Kirk Franklin, as well as more modern-day purveyors of the faith like Lauren Daigle and For King & Country. As a history lesson, the movie is likely to appeal only to those already in the know.

While the Erwin Brothers’ documentary starts out well, tracing the birth of the Jesus music as a post-hippie religious Christian re-awakening, the flaws in the film are immediately apparent in those early segments. The movie does utilize live footage and musical clips to demonstrate what was being done—especially in terms of footage of early breakout star Larry Norman—but the percentage of interview subjects to actual music is jarringly out-of-sync, especially considering the title of the film.

The adage of “show, don’t tell,” is almost wholly ignored throughout the course of The Jesus Music. Maybe it was a rights issue in terms of clearing music, but when you have someone telling me that the Resurrection Band sounded like Led Zeppelin, I’d like to be able to hear what Christian-influenced heavy blues-rock sounds like without having to pause what I’m watching and heading over to Spotify or YouTube. 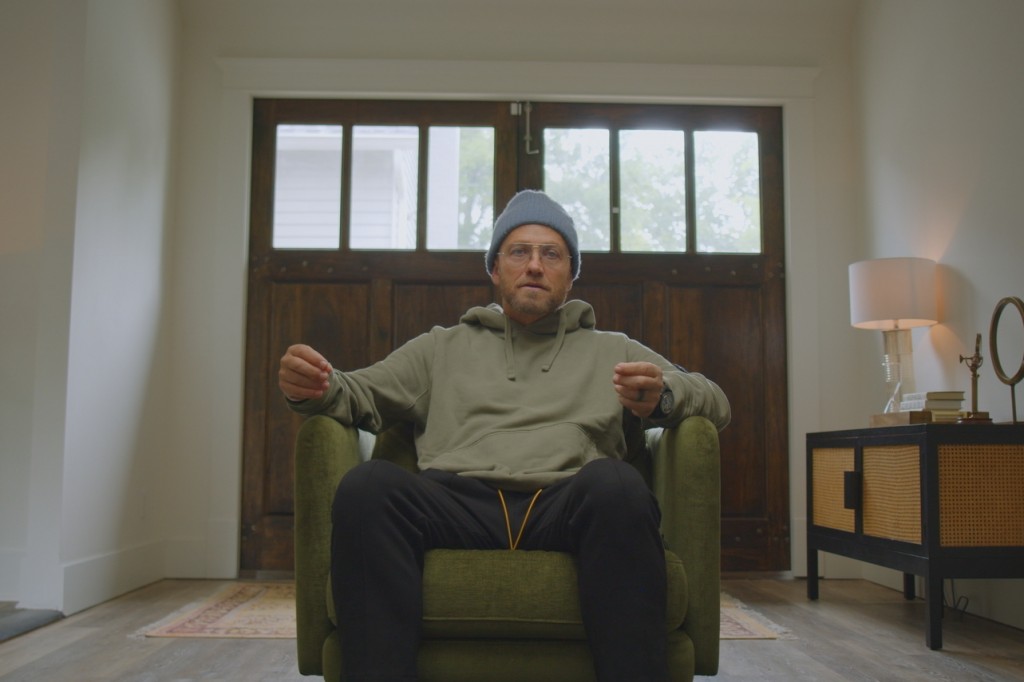 Toby Mac in The Jesus Music. // Courtesy of Lionsgate

This changes a bit once we get to the big CCM boom and those primary voices—Franklin, Grant, Smith, and TobyMac—take over the film. Essentially, this is their story. They were and still are some of the biggest stars of popular Christian music, and it makes sense as the real focus of The Jesus Music is on successful makers of Christian music. While some of these folks have crossed over—such as Grant’s smash Heart in Motion or the fact that Kirk Franklin’s “Stomp” was a pop success prior to his CCM acceptance—the documentary is about their faith and their struggles within Christian circles.

While their stories are fascinating, any of these four could have readily been the subject of their own documentary. By focusing so strongly on these four, the film definitely has an intergenerational appeal, but it means that each of them only gets a smidgen of their stories told, and at the expense of what might have been a more satisfying narrative. As far as the ’80s are concerned, it was basically Stryper and Petra, and then nothing until Grant came along, and in the ’90s, it was just them.

There’s a brief montage of clips from Reliant K, Sixpence None the Richer, Jars of Clay, and Switchfoot that is maybe the most frustrating aspect of The Jesus Music. Because of the focus on artists who explicitly identify as Christian and make music for that faith, an entire area is left completely unexplored. The concept of crossover acts—like those in the montage, but also MxPx, P.O.D., and others—achieving a strong level of mainstream success in the late ’90s alongside the massive popularity of the Cornerstone festival is untouched.

Maybe it’s due to the fact that these artists are “musicians who are Christian,” as opposed to “Christian musicians,” but comparing and contrasting the success of each side of the identity divide would’ve made this a far more interesting documentary. 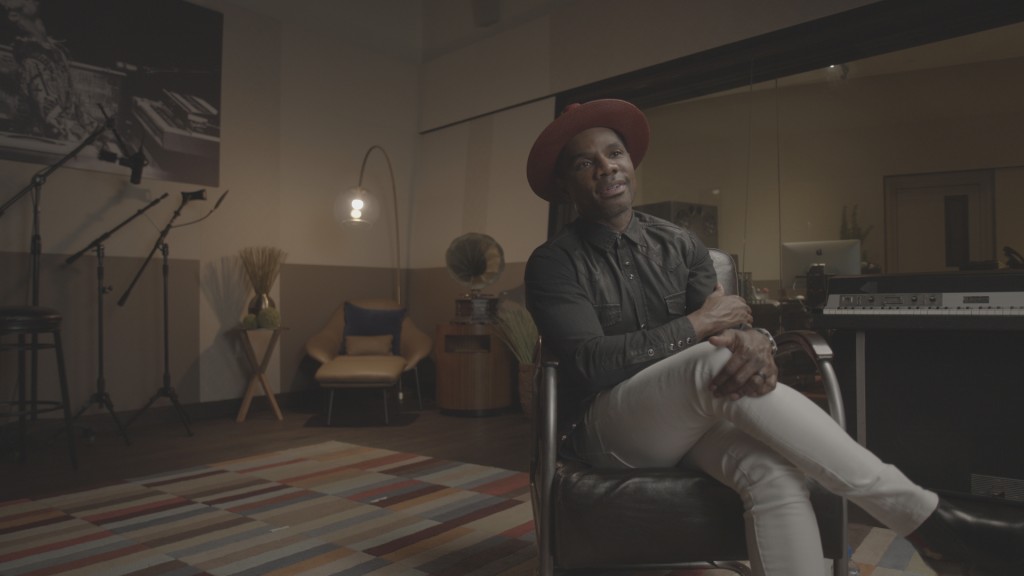 Kirk Franklin in The Jesus Music. // Courtesy of Lionsgate

As it is, those on the outside looking for a complete history of CCM over the last 50 years will find themselves missing an awful lot of information, and those already well-versed in the history of the movement will find only holes. That said, the interviews with the big names are the draw, and they don’t disappoint. Hearing Kirk Franklin talk openly and honestly about how the Christian church needs to address reconciliation with racism before it can stand tall is a powerful moment, albeit one that opens up a lot of questions.

One of those questions is the fact that many musicians make note of the fact that rock ‘n’ roll originally took elements of music from the church, and they’re just trying to bring rock back to church. What’s left out is that it was taken specifically from Black churches. Aside from Franklin, CeCe Winans, and Michael Tait of DC Talk and Newsboys, people of color aren’t given much screen time in The Jesus Music, and gospel as a long-running phenomenon is almost completely ignored.

But, hey: Amy Grant gets to talk about how her divorce made her feel, I guess.

The Jesus Music is in theaters this Friday, October 1.