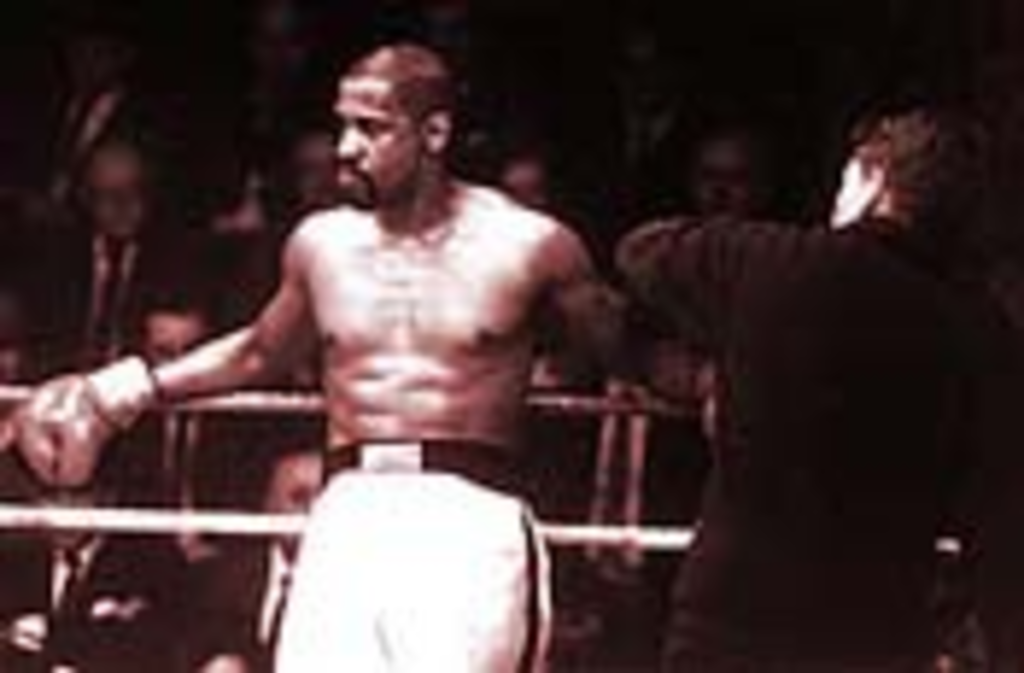 Denzel Washington is an actor of abundant talent. He not only possesses the charisma and good looks of a movie star, but he also has the acting chops of a seasoned thespian. Although he is an Oscar winner (Glory), many of the movies he’s made simply are beneath him (The Bone Collector, Fallen, Virtuosity, Ricochet, and so on). Perhaps he needs a better agent.

In The Hurricane, a biopic that tells the infamous hard-luck story of boxer Rubin “Hurricane” Carter, Washington elevates the proceedings with yet another rock-solid performance, even though the well-meaning movie has a number of flaws. He accomplishes the acting equivalent of CPR and, as a result, The Hurricane is an effective and affecting drama.

The film is based in part upon the book Lazarus and the Hurricane, written by two of the people who helped free Carter — Sam Chaiton and Terry Swinton. It chronicles the cruel circumstances that make up this extraordinary story and of the racism and injustice that kept Carter incarcerated. More importantly, the story deals with Carter’s own struggle to persevere and retain his humanity despite the hand he has been dealt.

The “Lazarus” in the book’s title refers to Lesra Martin, an illiterate Brooklyn teen who is befriended by Chaiton, Swinton, and Lisa Peters, three Canadians who take Lesra back to Toronto to give him an education. Lesra, played by Vicellous Reon Shannon (Can’t Hardly Wait), chooses Carter’s autobiography, The Sixteenth Round, as his first book to read. Convinced of Carter’s innocence, Lesra persuades his friends to help overturn the conviction. They move to New Jersey and work tirelessly, sacrificing their time and financial security to see that Hurricane is freed.

Director Norman Jewison is no stranger to stories of racial injustice, as he has shown in such films as In the Heat of the Night and A Soldier’s Story. He presents his tale in flashback form, showing how Carter survived a brutal childhood, was wrongly convicted of murder and imprisoned, then used jail time to educate himself and write a best-selling book about his experiences. When it comes to good intentions, Jewison scores plenty of bonus points, but he sometimes oversimplifies. Also, the animosity between Carter and the New Jersey police is never fully developed. The cops’ apparent racism doesn’t adequately explain why they would pick on Carter in particular.

The film’s flaws are rendered nearly irrelevant by Washington’s compelling presence. Washington makes Carter a fully realized and three-dimensional character that we cannot help but root for. Although the film wins by a close decision, Washington scores a knockout. (R) Rating: 7