The Humans, at the Unicorn, eerily captures modern-day anxiety 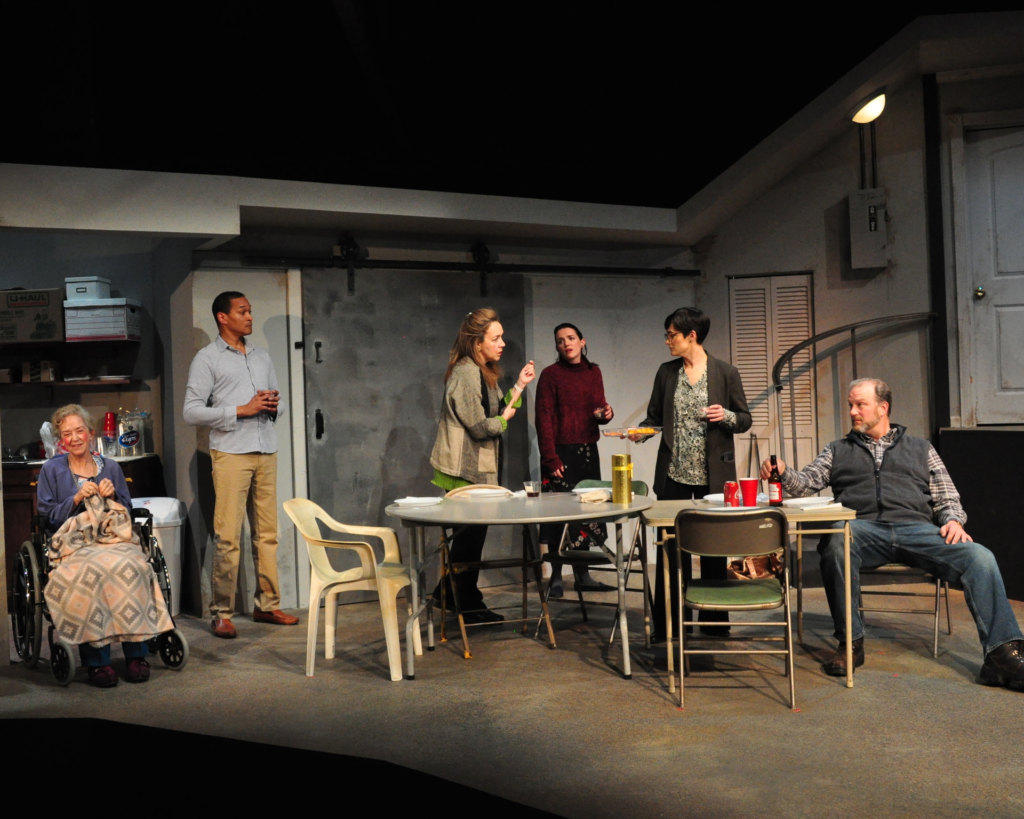 The Humans, now showing at the Unicorn, is rife with passive-aggressive sniping, persistent nagging, underhanded criticism, rivulets of tension — the kind of family get-together about which jokes are so often made. But this particular Thanksgiving gathering possesses much more.

The play, an intricately and richly written one-act by Stephen Karam, won the Tony Award for Best Play in 2016. The Unicorn production, under the direction of Darren Sextro and realized with a fine cast, is a riveting comedy-drama that explores the relationships, multilayered interactions, and underlying stresses of a modern, middle-class American family.

Erik and Deirdre Blake (Marc Liby and Cathy Barnett) have driven to New York City from Scranton, Pennsylvania, with Erik’s mother, Fiona “Momo” (Margaret Shelby), who has dementia. They’re seeing, for the first time, the new apartment of their daughter Brigid (Ellen Kirk) and her live-in boyfriend, Richard (L. Roi Hawkins). Their other daughter, Aimee (Katie Karel), has arrived from Philadelphia.

This is a clan with fault lines but also deep connection. At times, everyone talks at once or over one another, in a familiar pitched cacophony; at others, they intone more subtle notes. But whether this orchestration is full-on unleashed or more subdued, it’s amusingly authentic and gut-wrenchingly true.

While Brigid and Richard are thrilled with their two-level basement apartment in Chinatown (spacious by NYC standards), Erik has concerns from the outset — about the neighborhood, the lighting, the caulking and, especially, the noises emanating from upstairs. Deirdre notes the cigarette butts in the alley just outside the window. “Interior courtyard,” Brigid counters. She has brought her daughter a small figurine of the Virgin Mary for protection — “She’s appearing everywhere now, not just in Fatima but in West Virginia!” — and harps on the benefits of marriage. 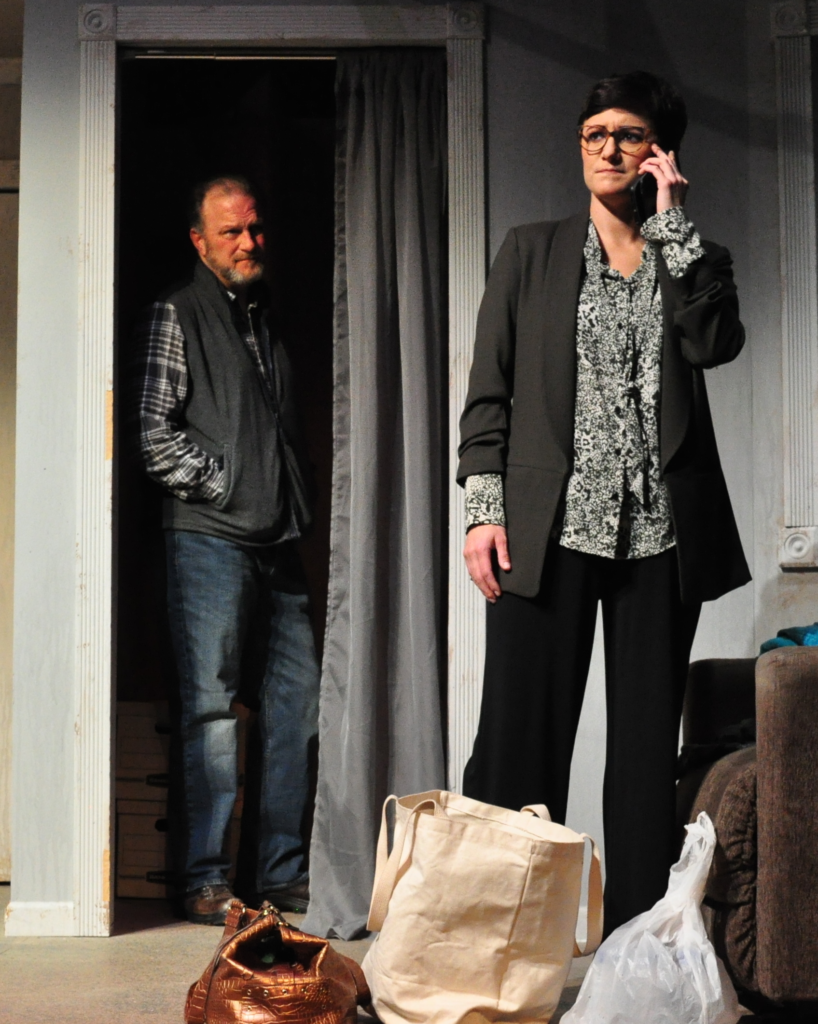 Lay down your fears and raise your glass, sings this Irish-American family in toasting the new digs. Karam speaks to these individuals’ troubles, particularly to their fears (which he references, in an epigraph to the script: “poverty, criticism, ill health, loss of love of someone, old age and death”). And he skillfully unfolds each character’s story and angst, with a mixture of humor and gravitas and telling detail.

Deirdre (an excellent Barnett, in a deftly comedic and nuanced performance) complains about superiors at her decades-long job who are now decades younger than she. Her husband, Erik (an outstanding Liby, who brings dimension and depth to this pivotal role), works at a private Catholic school, but he’s had troubling dreams of late and difficulty sleeping.

As an aspiring musician and composer, Brigid (a strong and charismatic Kirk) must work two bartending jobs to pay off staggering student debt. Several years her senior, Richard (given solidity by Hawkins) is adding a master’s in social work to his two psych degrees. And sister Aimee, a lawyer (the very capable Karel, in a precise and affecting performance), has just gone through a breakup with her longtime girlfriend, and also suffers from debilitating ulcerative colitis. Having “one of her bad days,” Momo (a focused Shelby, maintaining her own world amid the chaotic gathering) is sadly disconnected from events.

They bring all this to the holiday table, with the headbutting, the catching up, and the intertwining topic-laden conversation. Karam’s is a timely and cadenced composition that picks up tempo and grows in personal terror. (Art Kent’s lighting and David Kiehl’s sound help foster the changing moods and tones.)

At play’s end, questions erupt among audience members, even as they’re heading toward the doors. The Humans is a compelling work, the kind that cultivates thought, harbors lingering reflection and sparks continued dialogue.