The Heartland’s Dixie Swim Club is a kick; Quality Hill does dames right 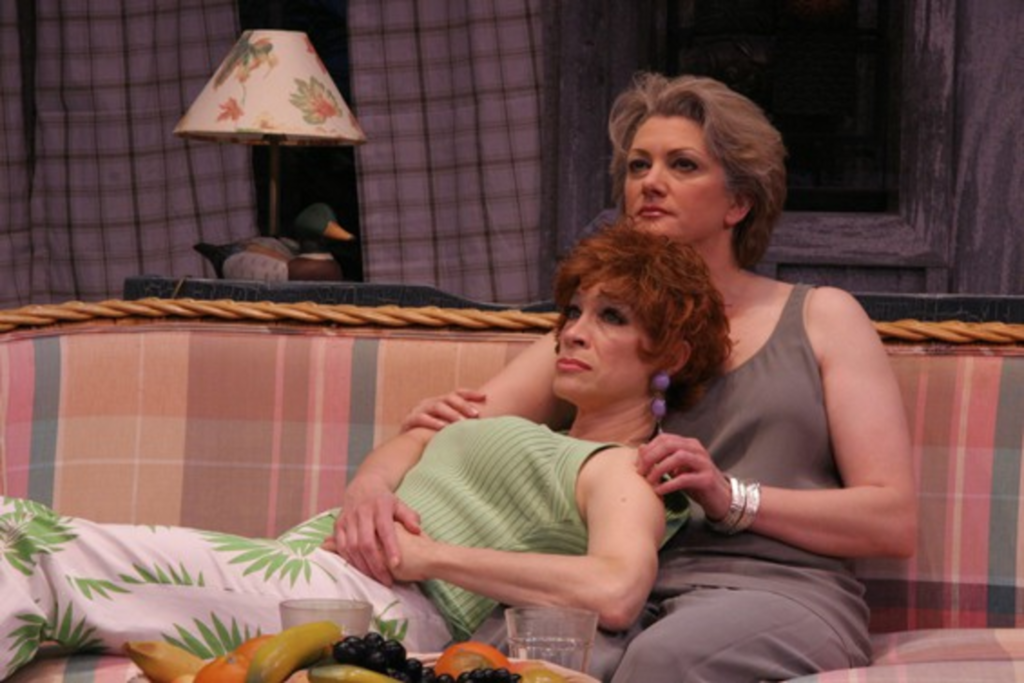 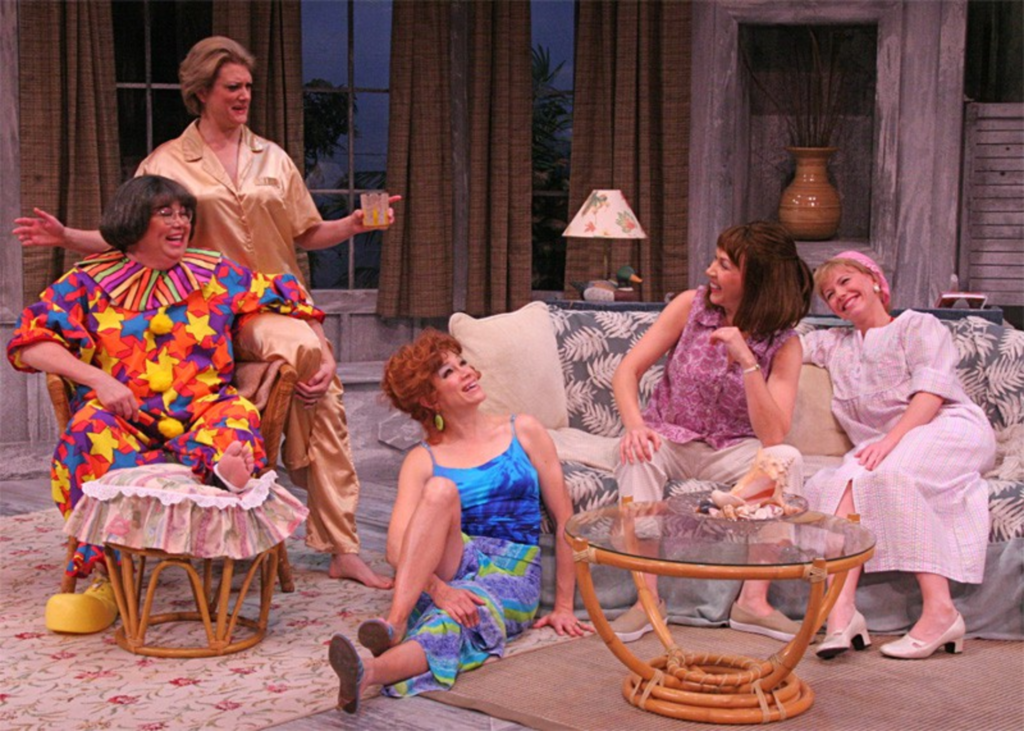 The American Heartland Theatre’s new comedy, The Dixie Swim Club, might more truthfully have been titled “Thank You for Being a Friend.” That’s not just because at least two running gags and one entire character seem lifted from The Golden Girls, or because Missy Koonce, fresh off her triumphant monologue in Pride & Joy, seems touched here by the spirit of Bea Arthur. Playing a middle-aged Atlanta lawyer who’s alternately charmed and exasperated by her four best friends from college, Koonce — tall, dry, husky-voiced, well pantsuited — is so deft at reacting to the silliness around her that her stern-ish poker face is funnier than the written jokes.

As engineered by writers Jesse Jones, Nicholas Hope and Jamie Wooten, The Dixie Swim Club is as much a thank-you note as it is theater. As it charts the lives of five middle-aged female friends who share a beach house each summer on the Outer Banks of North Carolina, it celebrates the idea of lifelong friendship with enough warmth and insight to inspire even skeptics to feel along with it. (It’s probably no coincidence that I phoned two old friends the weekend after opening night.) In through-the-years scenes that find the women cheering and carping right into old age, the show is always funny and tender (more than the norm) and sharply performed. It’s also never quite dramatic.

The well-cast comic actresses sell it. Cathy Barnett puffs up the writers’ notion of a health-nut mother hen into a full, vital character. Cheryl Weaver finds fresh spirit in an exhausted type (the aging Dixie sexpot). And Jennifer Mays — noticeably younger than the rest, though the women are meant to be the same age — somehow finds coherence in an impossible character, one designed entirely to fit jokes. (I’d complain more specifically, but her first joke, while deeply implausible, is such a doozy that I can’t spoil it.)

Then there’s the redoubtable Debra Bluford, irresistible as the joke-cracking mother of a jailbird and a cult member. Handing a joke to Bluford is like handing a Marine a knife: She knows a dozen ways to kill with it. “I never knew what happiness was until I got married,” she says in a measured, confident way. “By then, it was too late.”

She has all the best lines, but she scores with even the lesser ones. “If you had to do it all over again, would you still have kids?” someone asks. “Sure,” Bluford responds, her great dimple deepening and the crowd already laughing in anticipation. “Just not the same ones.”

This cast keeps The Dixie Swim Club buoyant. The camaraderie that flourishes among its members is more potent than anything in the script (credit to director Donna Thomason). The way Barnett beams at her friends, the way Koonce helps Bluford put her feet up, the way Mays’ eyes soften as she reminisces about their days on the college swim team — these gestures evoke a truth that the script, to its credit, never directly states: The people we love most will certainly change, but if we’re lucky, the love that we feel will not.

“Who cares if there’s a plot or not when they’ve got a lot of dames?” The question is posed by the current crop of Quality Hill Playhouse cabaret virtuosos in a hot-cha ensemble number in Lullaby of 42nd Street, and it’s apropos of the Heartland and Quality Hill, where emcee and musical director J. Kent Barnhart has lined up crack talents: Molly Hammer; Julie O’Rourke; and the dazzling Lauren Braton, an accomplished soprano who seems to have sashayed right out of Turner Classic Movies. She can coo notes with the airy tremble of a Disney princess greeting spring birdies, then go all spurned and sultry, purring through “Serenade in Blue” with such power that this torch song burns like a klieg light.

The show toasts Harry Warren’s songs from 42nd Street and several dozen Depression-era flicks with Gold Diggers in the titles. The women harmonize richly, and each aces her big moments. Pitted against them is James Wright, a sensitive crooner who’s always holding back a crackle of devilry. His singing on “I Only Have Eyes for You” and “I Had the Craziest Dream” feels like sincere pillow talk: hushed, intense and intimate.

Featuring a jazzy trio of piano, bass and drums led by Barnhart, the show is lavish with highlights, many less familiar than the cabaret-show standbys. The songs you know well are heard anew in the context that Barnhart provides. “We’re in the Money,” “You Must Have Been a Beautiful Baby,” “Chattanooga Choo Choo” — these marvelous ditties that seem to have sprung from the collective unconsciousness of 20th-century America itself — are suddenly, like all great art, revealed as the result of dedicated craftwork. Heard with nearly 30 other stellar Warren songs, they remain miraculous.