Jeymes Samuel favors style over substance, but here style is all you need 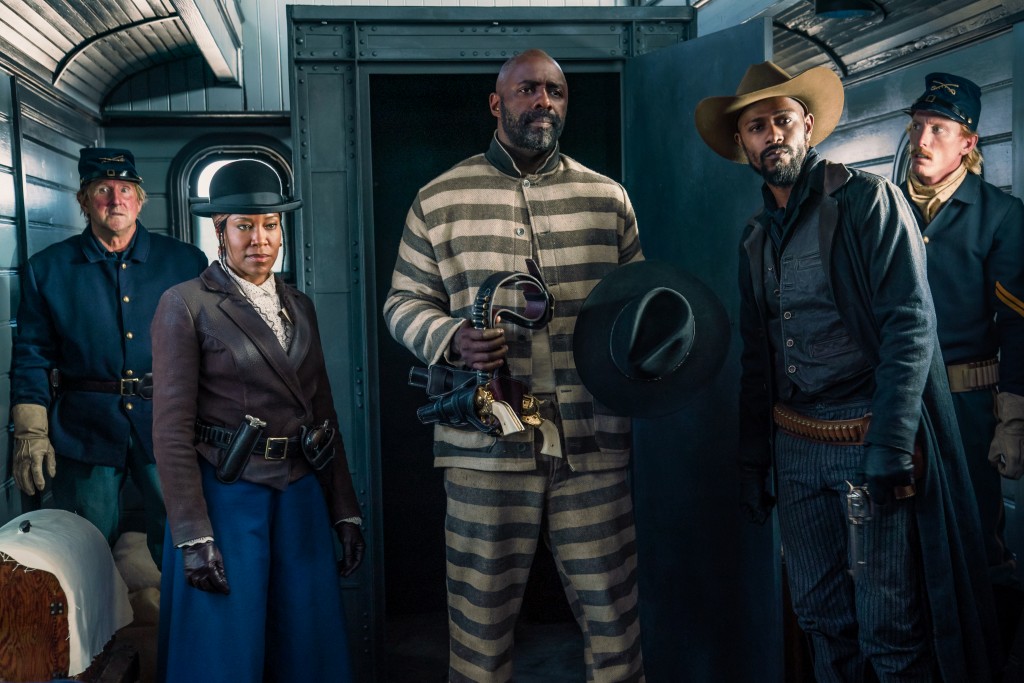 The Harder They Fall. // Photo courtesy of Netflix

“While the events of this story are fictional, these people lived,” claims the epigraph at the start of Jeymes Samuel’s Black western The Harder They Fall. It’s as much a mission statement as it is an introduction. Samuel’s film is primarily interested in giving audiences a vibrant depiction of its historical figures, creating its own brightly-colored, CinemaScoped popular mythology.

Yet, the aesthetic power of The Harder They Fall doesn’t quite make up for its lack of dramatic detail or depth. For a movie that’s over two hours long, it’s disappointingly shallow. There is a lot to be said, however, for the movie’s undeniable sense of style.

This is a pretty straightforward tale of Old West vengeance stretched out significantly not by layered character arcs or backstory that enriches the onscreen relationships, but by extensive slowed-down shots of Love, Buck, and their compatriots riding horses.

To the movie’s credit, those shots look amazing. There’s a reason the striking trailer was such a hit online, with King stopping a train on horseback with her sheer badassery, followed by King and Stanfield coolly busting Elba out of a freaking safe on said train.

Samuel, directing his first feature, proves he knows how to compose a shot like a seasoned pro. In addition to loving horse ride shots and moments highlighting the cast’s incredible wardrobe (everyone is surface-of-the-sun hot and looks great in a hat), The Harder They Fall features tense dolly zooms and painterly setups.

The Love gang’s trip to a nearby white town to rob a bank takes that description literally; everything from the architecture to the people to the ground itself is blindingly pale. By contrast, a later fight scene scored to Fela Kuti’s “Let’s Start” is literally and figuratively colorful, as Mary and Trudy duke it out in a warehouse full of pigments and clothing dye.

Unfortunately, that same level of care doesn’t extend beyond the film’s visual elements. The characters of The Harder They Fall have lots of promise, but never quite rise beyond rough sketches. Trudy and Cherokee Bill, for instance, hint at something deeper in their professional attachment to Buck that, for whatever reason, never actually plays out whenever Elba’s Buck is on screen.

If anything, Buck is the least developed character of the whole bunch—described by everyone as a legendary villain, but spending most of his time ensconced in the upper floor of a saloon, isolated from the other characters. Some of this could be ascribed to the movie’s adherence to classic Western archetypes, but for a film this long, it’s a little odd that we know so little about the characters by the time the credits roll.

The Harder They Fall is a great-looking artistic exercise with a perspective that celebrates the figures it depicts. However, you could easily cut 20 minutes from this movie by making its loving-but-momentum-halting montages and portrait shots shorter and less frequent or make its characters more compelling by taking that time and applying it toward dialogue. The movie feels unbalanced, but at least it’s an imbalance in favor of beauty.