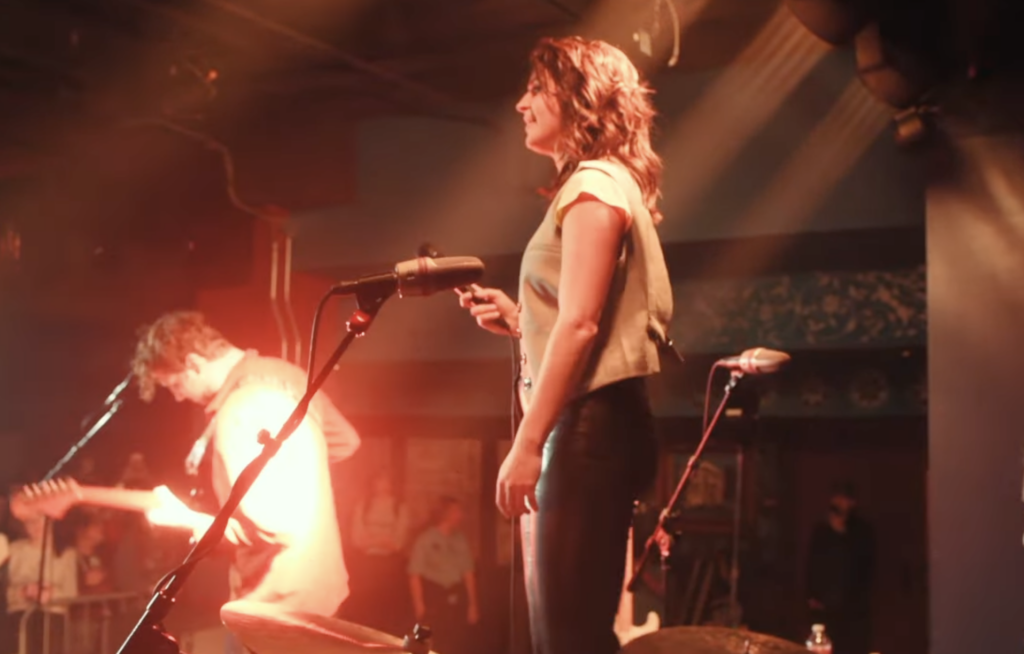 Kansas City native band The Greeting Committee refines the art of writing a love song on their newly released single “Anything But You.” The song, which tells a familiar and relatable story for all, was debuted alongside its official music video posted to YouTube on Dec. 7.

The music video is a compilation of tour footage and intimate moments from the band on the road, directed and edited by lead singer Addie Sartino, with videography by Sophia Ragomo.

In the middle of their widely sold out two month long North American “To Feel Alright Again” tour, the indie-rock group is no stranger to singing about love’s triumphs to eager ears in live performances. Kickstarting the tour, the band returned to their home base with a concert at The Uptown, reminiscing about the city that started their claim to fame while filling every seat in the house.

The band’s current tour wraps after dates this week in D.C., North Carolina, and a final stop in Atlanta, GA on Dec. 11.

As an ender, let’s take one last chance to plug one of our favorite remixes of the year: Tune-Yards’ take on GC’s “How Long?”