The grass grows around absent-minded rapper Devin the Dude 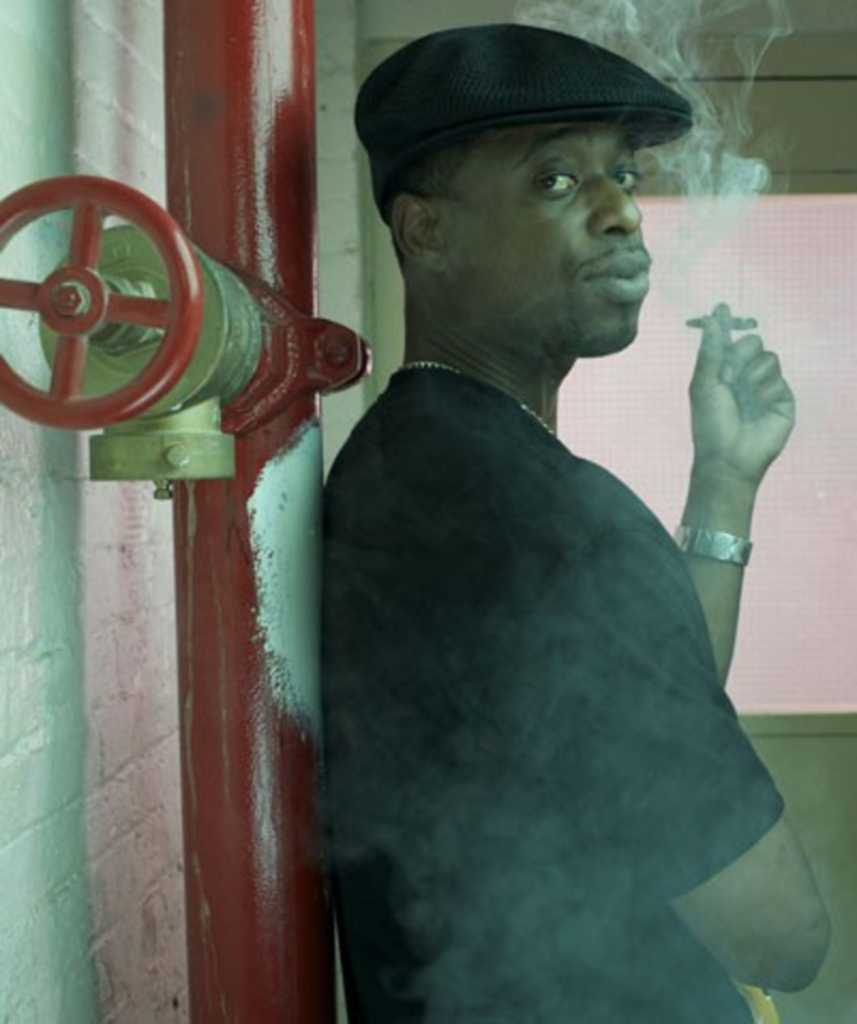 Babies will cry. Politicians will lie. And Houston rapper Devin Copeland will wake up, roll a blunt and smoke his way into another bleary-eyed day. Copeland, who performs as Devin the Dude, likes to smoke weed. That’s not journalistic conjecture. It’s a fact that Copeland himself publicizes, as inarguable as gravity, death and the continued rise of unemployment.

From whence came Devin the Dude’s fascination with cannabis, you ask? Impossible to know, really. Because Copeland failed to pick up for multiple phone interviews, all arranged in advance, I was never able to ask. Yes, a notorious pothead failed to show up for something. Shocking.

Of course, Copeland likes other things besides marijuana — liquor, sex, his ’79 Cadillac, for instance. But the ganja remains (as far as one can tell from his music) dearest to the rapper’s heart. He has the expected look of a veteran smoker: large, lazy eyes and the slight frame of someone who has curbed his enthusiasm for the munchies. A shaky video floating around on YouTube features Copeland against a backdrop of small marijuana plants sprouting beneath a sort of specialized heating lamp. He has difficulty keeping track of time, he tells the camera, so he watches the plants grow. When the plants bloom, Copeland explains, he knows that two or three months have passed. Some people prefer clocks, watches, calendars. He instead has discovered a new use for marijuana.

Watching the grass grow is what Copeland seems to do best. The Dude has been a pro for more than a decade, but he has yet to reach escape velocity and break free of his underground-rapper status, despite a brief flirtation with stardom after a riveting guest appearance on Dr. Dre’s Chronic 2001. Copeland’s latest album, Landing Gear, isn’t likely to alter his career trajectory, which seems to run parallel to his flat vocal delivery. The record label — Razor & Tie — is new, but everything else on the October 2008 release is the same old Copeland, with nothing you could call original or innovative.

The album is content to revisit Copeland’s historic obsessions with weed, women and everyday hassles. He raps. He sings. His feathery, conversational flows waft a comfortable inch or so over the production.

When Landing Gear isn’t conspicuously uninspired, then the mood turns to paranoia, as if all the THC and rigors of even a doped-out adult life have finally caught up with him. If he has anything to be afraid of, it’s that he left his best stuff with Rap-a-Lot Records, his longtime recording home, in Houston. If its title refers to Copeland’s arrival at a bigger label in New York, for a push at mainstream success, Landing Gear makes a shaky landing.

Not that old fans will turn it off. And the man seems to have plenty of old fans, particularly in the Dirty South. But Landing is probably not good enough to lure many new fans. To honor Copeland’s AWOL spirit, here are the album’s best tracks, as expressed in weed terms.

“In My Draws” is the nugget you suddenly remember is stashed under the couch. If you have forgotten why you love him, “Draws” is vintage Devin the Dude. Matched with funky West Coast production, Devin tells listeners that he knows a lesbian who wouldn’t mind experimenting in heterosexuality. But he’s going to chill: She might start wearing my draws, y’all. The comedy, the sex, the laid-back beats — every classic Devin the Dude element is condensed into this single track.

“El Grande Nalgas” might be laced. You bought this from a new dealer, so you can’t be sure. Devin raps to a Mexican love interest over a jumping salsa beat, wooing her by singing a hook that loosely translates as the tender plaint Oh, beautiful, you got the fat ass. You leave confused, embarrassed. How did you get to this strange place?

“Yo Mind” is shake. It’s the ninth track, the one that’s supposed to be a late-album discovery. The surprise is its retreat from Landing‘s teeming libido. “Yo Mind” is a serious-minded, piano-laden warning against losing one’s mind. From fake friends to heroin addiction, Copeland covers the big threats to sanity and reaches out to anyone on the precipice of self-destruction.

“I Don’t Chase ‘Em” is hash, a pure body high with — who else? — Snoop Dogg, joining Devin to school listeners in the art of pimping. I don’t chase bitches, Devin sings. Bitches chase me. But we’ve been here before, and the hackneyed theme doesn’t even bear up as good instruction but as what might have been. Snoop Dogg’s lovable funkiness still makes words an afterthought, and these two rappers are clearly meant for each other.

“I Can’t Make It Home” is the White Widow you tried in an Amsterdam café, the one that leaves you wandering for hours through the city’s circular layout, lost. Wow. It’s the album’s sole gem. Here, over a soulful R&B hook, Devin pleads with his girlfriend to bond him out of jail after he has run into trouble with the law (One blunt, one more shot of Patrón/I’m lit, I can’t make it home/Cops right behind me, I might be gone/I can’t make it home).

Who else would record an ode to his girlfriend about getting a DUI? Only Devin the Dude.