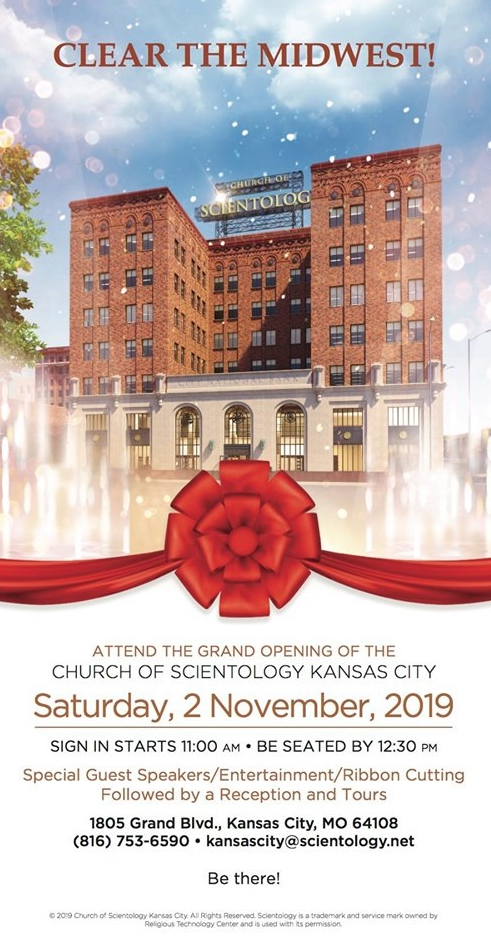 Construction has been going steady all year over at 1801 Grand, the Crossroads building the Church of Scientology bought in 2007, left vacant for a decade (while paying virtually no taxes), and recently decided to turn into an Ideal Org.

As former Pitch staffer and relentless Scientology obsessive Tony Ortega reports on his site, The Underground Bunker, the grand opening is planned for tomorrow—Saturday, November 2.

“Scientology wants you to believe it has purchased, renovated, and now is opening this new facility because the church is expanding and it needs more room for all the new people,” Ortega writes. “This is completely untrue. Scientology is shrinking, and there is hardly any Scientology presence in Missouri or Kansas at all. This building is opening tomorrow simply because [Scientology leader] David Miscavige wants to hold a grand opening somewhere at this time. He spends millions on these projects so he can convince his wealthy donors that the church is moving forward.”

Ortega adds that, in other cities where the church has held grand openings for its Ideal Orgs, it has succeeded in bringing mayors and members of Congress to turn up for the ribbon cutting. But, he says, “that’s getting tougher in more recent years. Expect a former city manager from one of the suburbs to make a short speech today and maybe a couple of ‘interfaith’ figures.”

The invitation (above) does promise “special guest speakers,” but no word on who those people might be.