The Good, the Bad, and the Smugly: Navigating a bewildering Oscar season 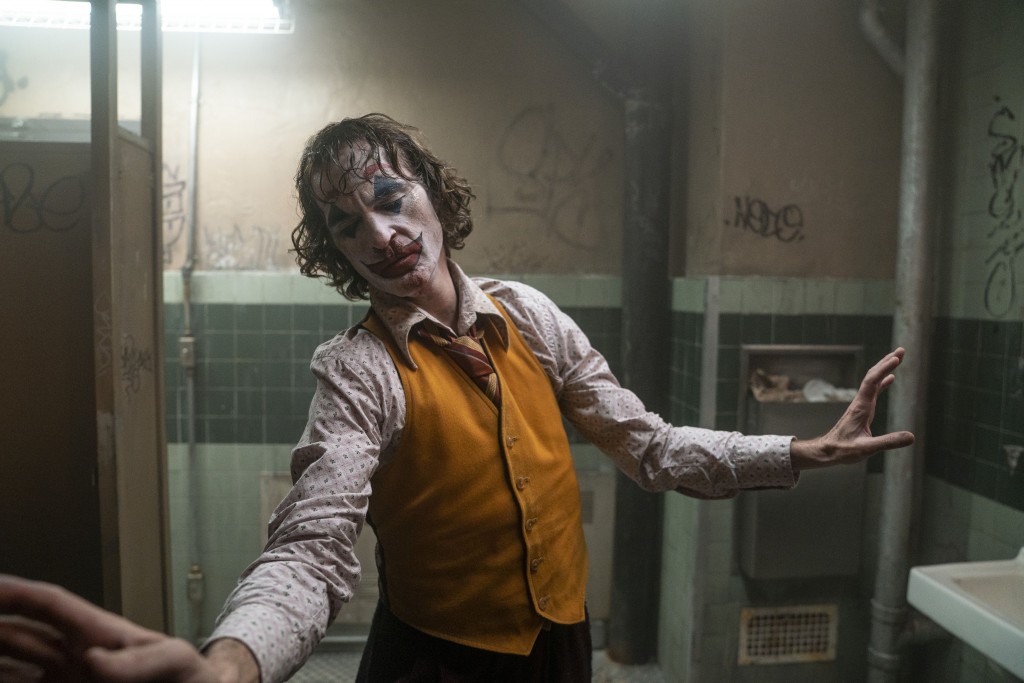 Joker is up for 11 nominations too many. Photo courtesy of Warner Bros.

They’re almost here! The 92nd annual Academy Awards, otherwise known as the cinephile Super Bowl, will air Feb. 9. If you’re a hardcore movie nerd (or, like me, it’s your job to be), you’ve likely been jockeying for your favorite contenders since last fall, when the Toronto International Film Festival unofficially kicked off the awards campaign season. You probably also felt some disappointment when the nominees were announced on Jan. 13, and some great films and performances were kicked to the curb. If, on the other hand, you still have some catching up to do, look no further. Here you’ll find information on the nominated movies, the likely winners, and the ones that didn’t make it in, but are still worth your time.

Experts claim Laura Dern’s had this race on lockdown for weeks, and her Golden Globe win back in January would seem to confirm that. While her work in Marriage Story is great (and so is Dern in general), Florence Pugh was also a standout in Little Women, charming and lovable as the often-maligned Amy March. The shocker here is Jennifer Lopez being overlooked for Hustlers, where she played stripper-turned-con artist Ramona, and displayed incredible physicality during her character’s memorable introduction. You’ll never hear Fiona Apple’s “Criminal” the same way again.

The documentary category can go one of two ways, depending on the year. Sometimes, voters honor storytelling and craft, as was the case with last year’s Free Solo and 2012’s Searching for Sugar Man. Other times, as would seem to be the case this year, the Academy sees this category as the most acceptable spot to display their politics. The critically lauded, Obama-produced American Factory will likely win here for that reason, though it would also be great to see the artistically ambitious Honeyland (a crossover nominee for Best International Film) get recognized. Missing from the conversation: the crowd-pleasing Apollo 11 and the impressive Mike Wallace is Here, both of which used curated archival footage to tell a story or craft a critical essay about their subjects.

Achievement in makeup and hairstyling:

Theron’s uncanny transformation into Megyn Kelly for Bombshell means that film’s team has the award all but locked down, and deservedly so. Years from now, however, it’s unlikely anyone will be dressing up as her for Halloween. The dozens of Us and Midsommar makeup tutorials on the internet, on the other hand, speak for themselves. While, as we’ve already discussed, the Oscars have little respect for horror, it seems odd that the Academy would outright ignore the incredible work of hair and makeup artists on Us and Midsommar, particularly given the instantly iconic looks of Lupita Nyong’o’s Red in Us and Florence Pugh’s Dani as the May Queen in Midsommar.

For years, Roger Deakins was often the cinematography bridesmaid and never the bride, until he finally got a well-deserved win in 2018 for Blade Runner 2049. He could get passed over this year for 1917, but it seems a little silly to give the award to anyone else. 1917 consists of long shots, edited together to look like a single take, and without an artist like Deakins at the helm, it simply wouldn’t work. The Academy missed the opportunity to nominate female cinematographer Claire Mathon for her painterly work on the French drama Portrait of a Lady on Fire. They also overlooked Jörg Widmer’s gorgeous, naturalistic photography on the Terrence Malick WWII drama A Hidden Life, and the stunning sun-bleached horror of Pawel Pogorzelski’s Midsommar cinematography.

A double nomination for Parasite might look exciting in this category (it’s also up for Best Picture), but the reality is less so. Likely, what happened with Alfonso Cuaron’s Roma at last year’s Oscars will happen again this year with Bong Joon-Ho’s film. Academy voters will assume a Best International Feature award is enough, and not give it the crossover win it deserves for Best Picture. That’s a shame, because a win for Parasite here shuts out Honeyland and Pedro Almodovar’s Pain and Glory. Parasite’s inclusion in the category also took away potential slots from many other brilliant international films, like Celine Sciamma’s beautiful Portrait of a Lady on Fire, Atlantics, Senegalese director Mati Diop’s impressive debut film, and cinephile favorite Christian Petzold’s Transit.

The smart money is on Brad Pitt in this category—he’s got a Golden Globe and a strong campaign behind him. He, and his abs, are also great in Once Upon a Time…in Hollywood. Joe Pesci, however, was one of the year’s best surprises in The Irishman, toning down his usually loud, brash persona and becoming almost unrecognizable as the quietly menacing mafia don Russell Bufalino. You may have noticed the overwhelming whiteness of this year’s acting categories, and that’s particularly disappointing here. Korean actor Song Kang-Ho developed a devoted following among audiences for his great turn as Parasite’s opportunistic patriarch. Jonathan Majors’ performance as Mont, playwright and best friend to the protagonist of Joe Talbot’s The Last Black Man in San Francisco, is the tender, beating heart of that film. It’s unfortunate neither Song nor Majors were recognized.

Missing Link was the surprise winner of this category at the Golden Globes, and it was nice to see Laika studios’ movie recognized for its painstakingly detailed stop motion. However, this is a Disney-dominated category, and Toy Story 4 completes a beloved franchise, which makes it a more likely winner. Overall, this is a strong category, though it would have been nice to see some recognition for the shockingly mature and emotionally complex Lego Movie 2 (I’m still smarting that “Super Cool” isn’t up for Best Original Song). Do yourself a favor and check out I Lost My Body on Netflix. It’s the dark horse here, but very good.

Given the outcry over Greta Gerwig being ignored in the Best Director category for Little Women, the Academy might award her Best Adapted Screenplay by way of apology. That’s not to say it would be purely a sympathy vote—Little Women is legitimately the strongest candidate here. Gerwig’s script is true to Alcott’s beloved novel, while also making some creative choices that respect the spirit of the author herself. It strikes a perfect balance of loyalty and interpretation, exactly what you want in an adaptation of classic literature.

Quentin Tarantino won the screenplay Golden Globe for Once Upon a Time…in Hollywood. A win here, balanced with a likely win for Pitt and some possible (well-earned) technical awards would soften the blow should it lose the Best Director or Best Picture categories. It would be great to see Rian Johnson recognized for his whip-smart Knives Out screenplay, but the film isn’t up for any other awards (not even production design, which feels rather egregious) so it’s unlikely. The Farewell and The Last Black Man in San Francisco were both standout scripts, so it’s sad to not see them here. The fact that The Farewell is based on Wang’s own experiences—and that the true story itself is ongoing—makes it all the more appealing. An award for Wang would have been a great way to cap off that journey.

The Icelandic Hildur Guðnadóttir took home the Golden Globe for her intense, moody Joker score, the first solo-nominated female composer to do so. Whatever your opinions are about the film itself, the metal-as-hell quality of Guðnadóttir’s work can’t be denied. However, don’t count out Thomas Newman’s 1917 score, his best work in a long time, or the legacy power of John Williams’ Star Wars: The Rise of Skywalker, which could win simply on sentiment. The most disappointing snubs in this category include Daniel Lopatin’s electronic Uncut Gems opus, and James Newton Howard’s achingly lovely score for A Hidden Life.

Everyone thought this would be Adam Sandler’s year, with many calling his performance in Uncut Gems a career-best. It’s extremely disappointing we won’t be treated to a Sandler Oscar win, and somewhat surprising that Robert DeNiro isn’t in the race given The Irishman’s many other nominations. Of what is nominated, Phoenix’s performance is the flashiest, and he’s got the Golden Globe to his advantage. Driver’s heartbreaking and physical turn in Marriage Story, however, is the one that deserves real praise and attention.

Renée Zellweger has the Golden Globe, and the Academy loves a good transformation, and a good comeback, but Marriage Story is a much stronger film than Judy, and Johansson’s performance in it is a real showcase for her talent. In this case, the Academy—which is made up of actual artists working in the industry, as opposed to the HFPA, which isn’t—is more likely to award that quality. As previously mentioned, the Academy doesn’t typically hold horror in high regard, but even though a nomination for Us was a long shot, many critics and fans were disappointed Lupita Nyong’o wasn’t nominated for her intense, bifurcated performance. Pugh was also stunning in Midsommar, following her character through an emotional wringer, and putting that process on full display. It would have been great to see that commitment acknowledged.

It’s possible that, given how much money Joker director Todd Phillips has made for Hollywood with the Hangover movies, he could be rewarded in this category. However, just as likely (if not more so) is that the Academy will follow the pattern they set with Roma: Parasite will get Best International Feature, Bong Joon-Ho will get Best Director, and Best Picture will go to someone else. Bong has more than earned the award, too, as Parasite is hands-down one of the best movies of the year—he’s got the Cannes Palme d’Or to show for it. It’s disappointing, however, that there’s no female representation in this category, given that 2019 was a strong year for women-directed films. Gerwig was snubbed for Little Women, as was A Beautiful Day in the Neighborhood’s Heller (also overlooked last year for Can You Ever Forgive Me?). Lulu Wang’s The Farewell and Lorene Scafaria’s Hustlers are up for absolutely nothing.

This year’s Best Picture is a tough one to predict by typical metrics—many of the nominated movies have some hallmark that could signify a win. Hollywood loves stories about itself (see 2011 winner The Artist), which is promising for Once Upon a Time…in Hollywood’s chances. Marriage Story has contenders in three of the major acting categories. Jojo Rabbit won the people’s choice award at TIFF, which the 2019 winner Green Book did last year. Joker director Todd Phillips is a genre crossover success story, as was Green Book director Peter Farrelly. 1917 has the Golden Globe for Best Drama. Ford v. Ferrari, The Irishman, Jojo Rabbit, Joker, and Parasite are all nominated for best editing, which is also considered necessary for a Best Picture win. At most, that knocks Little Women off the list. Parasite is the critical favorite, but a category crossover win is unlikely. Joker’s probable acting win for Phoenix, and its 11 total nominations suggest it could be the most likely winner, but anything’s possible.