The Gold Magnolias: “We just get in there and play” 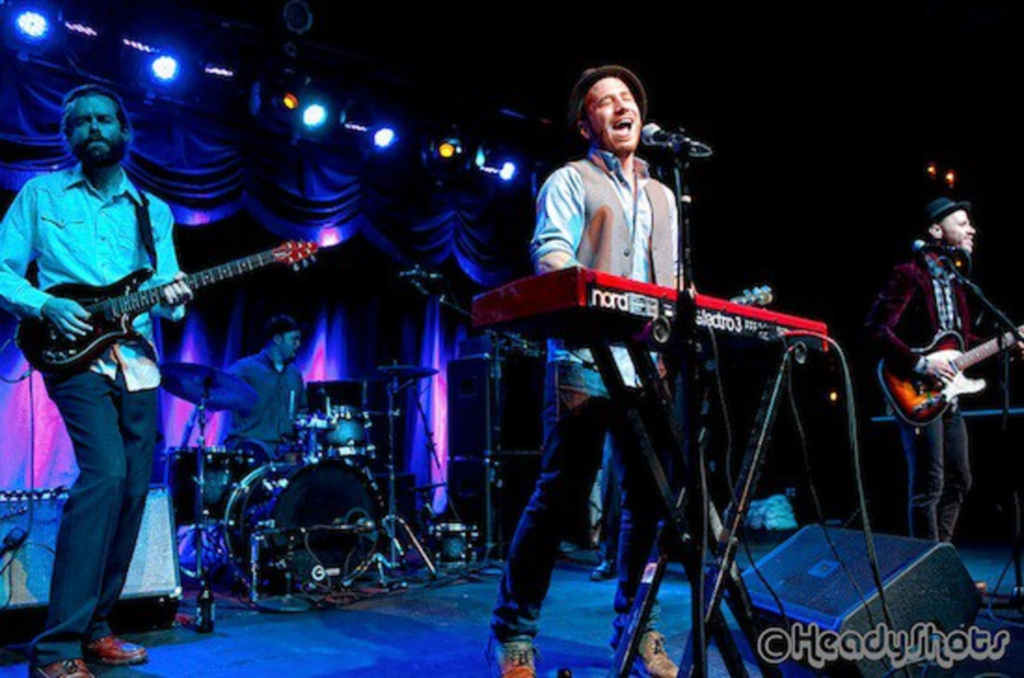 Brooklyn five-piece the Gold Magnolias released their self-titled debut album back in 2011 without much fanfare or acclaim, but their throwback, soulful sound has managed to garner them a small and dedicated following.

The boys – guitarist Hudson Mueller, keyboardist Evan Felts, bass player Daniel Foose, drummer Jeff Barton, and saxophonist Ryan Anselmi – are all originally from the South (Anselmi is a Kansas City native), but they’ve found a home for their Southern-fried, funk-fused rock in Yankee territory. The Gold Magnolias pull out a vintage sound that evokes the kind of bighearted emotion that the Alabama Shakes rode in on. If the music industry has any sense left, then it won’t be long before this band is similarly recognized.

Ahead of the Gold Magnolia’s gig at Czar this Friday, The Pitch caught up with Anselmi from the road.

The Pitch: How has this tour been going so far?

The tour’s been great. We’re in the woods outside of Austin. We’ve done 17 shows, and it’s been great. We played New Orleans for Halloween. It’s funny: We’re a no-name band that comes out of nowhere. We’re small, but everywhere we’ve been, we’ve had crowds. I don’t know how or why – maybe we’ve done a better job of publicity this year. Most of the places we go, we go once a year, but it’s been really good. I have to be honest, it’s really humbling.

So you’re a bunch of Southern boys doing a retro-soul thing in New York City. How does that work? How did you all find each other?

Well, the boys from Austin were playing together down in Austin, and the bass player and I had worked together in jazz settings… . I moved to New York City from Kansas City in 2005 and I was a freelance sax player. It’s like… you know how you go get a beer after a gig, and you just befriend each other? And Dan [Daniel Foose, bass, from Austin] was like, “I have a group that I would love for you to come check out.”

So I went to this Jamaican restaurant in Brooklyn, and there were these four guys playing together, just jamming out in this little Jamaican place – really good Jamaican place, I should go back – and it was just a connection. They had been playing together for such a long time, and it was just warm and inviting and fun and I really wanted to be a part of that. In New York, sometimes it’s hard to find that, even though there’s a whole sea of people moving around doing things. Sometimes things just click, and that’s how we met. I’m so glad that happened.


Your debut self-titled album has such a throwback sound, very retro-revival. How did that sound evolve?

Well, half the band growing up together in Austin [Mueller and Felts], they played music since they were three, and it’s such a blues town there. So we’ve got all these old country tunes that we’re trying to fit sax and funky vibes into. We did a country-esque thing first where we started as straight country and then worked our way into what sounds like the first album.

Well, we’ve talked a lot about this in the van… It’s just warm and honest, I think, and earnest. There’s just an earnestness about it, not to sound like a Hallmark card, but that’s where we’re coming from, and we identify with that. It’s awesome that folks of the world feel the same way. It’s just a warm sound, overall, going back and listening to records – the quality of sound is so warm, and then the approach to making the record, that also brings about a certain amount of warmth and color and candor. It’s just a warmer sound, and I think that really speaks to us. We plug in, but at heart, these guys are singer-songwriters and I’m a sax player. Plugging in things hasn’t always been our forte. We kind of go back to what our grandparents were listening to, and that’s awesome.

What have you guys been doing since the album came out a year and a half ago?

We play probably twice a week as a band [in NYC] and then also as musicians. When the phone rings, we take the gig. So, yeah, two or three times a week as a band in New York City, and up or down the coast when we can manage. Since the album came out, we’ve just been writing tunes, playing the old record, and writing the new record.

We’re just a bunch of guys who live and work together in Brooklyn, and we have a following, but we don’t have a lot of press or do much with Facebook. We just get in there and play.

I see you have a Kickstarter for a second album. You have some tunes written – what is the new album sounding like?

Hudson [Mueller, vocals and guitar] and Evan [Felts, vocals and keys], the two front guys, they’re both singer-songwriters, and they have kind of a following on their own, so they’re coming out of that world, and the rest of us are like jazz and funk oriented. So it’s their singer-songwriter stuff versus our influences, so it’s a little more of a grown-up sound. We’re still a fun party band, but we’re telling more of a story.

http://www.kickstarter.com/projects/693401226/gold-magnolias-album-2/widget/video.html
The Gold Magnolias are playing at Czar at 9 p.m. Friday, November 8, with New Riddim and Project H. Info here.