The director’s latest lacks depth, but has plenty to delight fans. 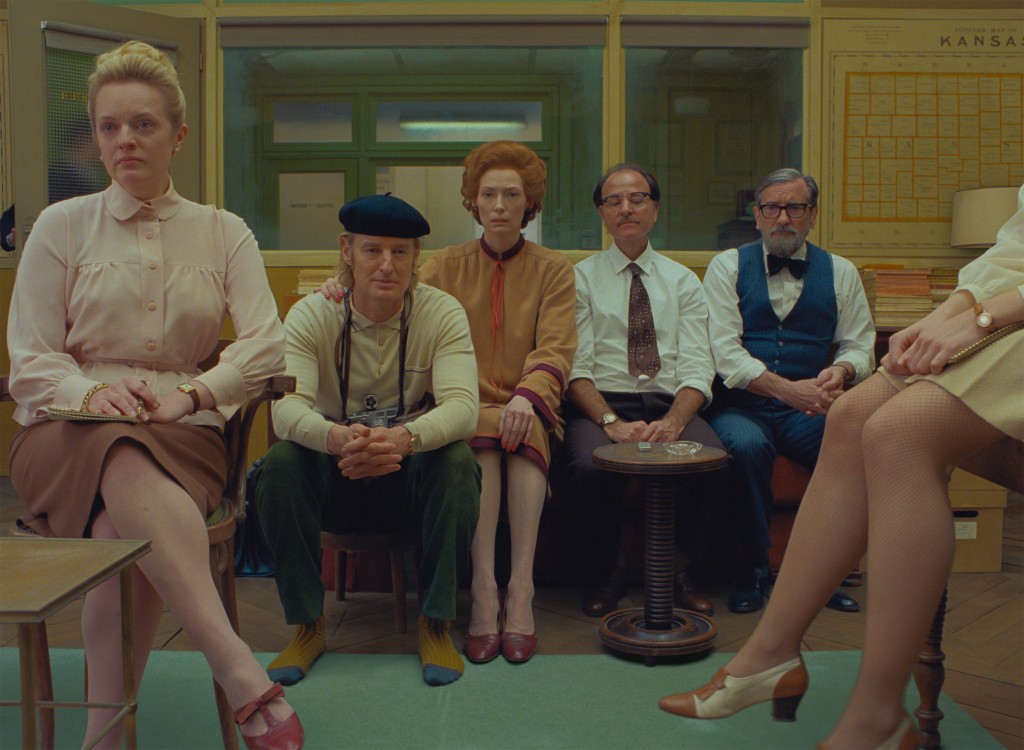 Wes Anderson often gets dinged by detractors for his abundant whimsy. The amount of aesthetic detail in his films, as well as their clever character or place names and clipped, hyper-literate dialogue can sometimes feel like it’s consciously avoiding emotional stakes.

At the very least, critics of Anderson’s work claim he mistakes characters’ eccentricities for personality, and idiosyncratic visual details for immersive setting. A closer read of most of Anderson’s films render those reductive statements inaccurate, but there is a grain of truth to the fact that he sometimes values craft over character.

This is a long way of saying that Anderson’s latest film The French Dispatch, while delightful in many respects, likely won’t sway the haters but will enchant the many who already love him. The much-anticipated new film lacks the emotional and thematic depth of Moonrise Kingdom, The Grand Budapest Hotel, and even Isle of Dogs. Dramatically, it feels like a step backward. However, in terms of artistry, it ranks among some of the director’s most ambitious, impressive work to date.

The French Dispatch presents itself in the style of the fictional magazine of its title, a publication inspired by The New Yorker and its famed historical roster of writers. On the death of the magazine’s publisher, ex-pat Kansan Arthur Howitzer Jr. (Bill Murray), the magazine based in fictional Ennui-sur-Blase, France, ceases publication.

The film takes us through The French Dispatch’s final issue, starting with Howitzer’s obituary, continuing through a brief travelogue and a series of three feature stories on the arts, politics, and fine dining respectively.

Each of these stories, presented by their authors, introduces their own distinct ensemble of characters. The second entry, a feature on an incarcerated artist (Benecio Del Toro) and his prison guard muse (Lea Seydoux) narrated by art critic J.K.L. Berensen (Tilda Swinton) is the most entertaining.

It’s got colorful flourishes, excellent physical comedy, and a knockout throughline in Swinton. Anderson gets extra props here for acknowledging the scenery of Kansas, where part of the story takes place, without painting it as an ugly, artless wasteland.

Throughout, Anderson plays with images that embrace his long-standing style, build on aspects he’s been developing, and depart from what we’re used to. The French Dispatch flits constantly between black and white and color photography, often to delineate the past from the present, but also to highlight the presence and impact of artistic encounters with paintings, music, or food.

The animated backgrounds and flattened perspective that showed up in The Grand Budapest Hotel are used more extensively here, with one story that takes occasional thrilling turns into full 2-D animation. It’s a fun visual sampler of impressively varied styles.

The drawback is that this anthology of stories means we spend considerably less time with each set of characters, and the complexities of their behavior are often flattened as a result. For example, the episodic nature of the stories keeps us from spending much time with Howitzer. The authors’ limited interactions with him, in most instances, keep us from better understanding their relationship to each other.

In other cases, the limitations of a shorter narrative populated with a feature film’s worth of cast means the point of certain stories gets lost completely.

The film’s middle entry, in which writer Lucinda Kremenz (Frances McDormand) reports on a student protest movement, hops schizophrenically within its large ensemble, making it difficult to discern what the protest is actually about. That romantic obtuseness is meant to be a satire of youth movements from a certain era, but you’d be forgiven for finding it annoyingly dismissive of current-day youth-led actions, and those who follow them, by proxy.

The French Dispatch is a well-made movie. However, its relative lack of pathos and sustained tension take away something from its overall profundity. It feels less like a statement and more like a canvas for artistic play. After a recent series of movies that felt like Anderson was starting to mature as a storyteller, this feels like a bit of a regression.

However, play is still an important practice, and every moment of The French Dispatch contains a sense of experimentation and fun. It may feel like a trifle, but it’s one in which every layer has taken a significant amount of work that demands consideration.