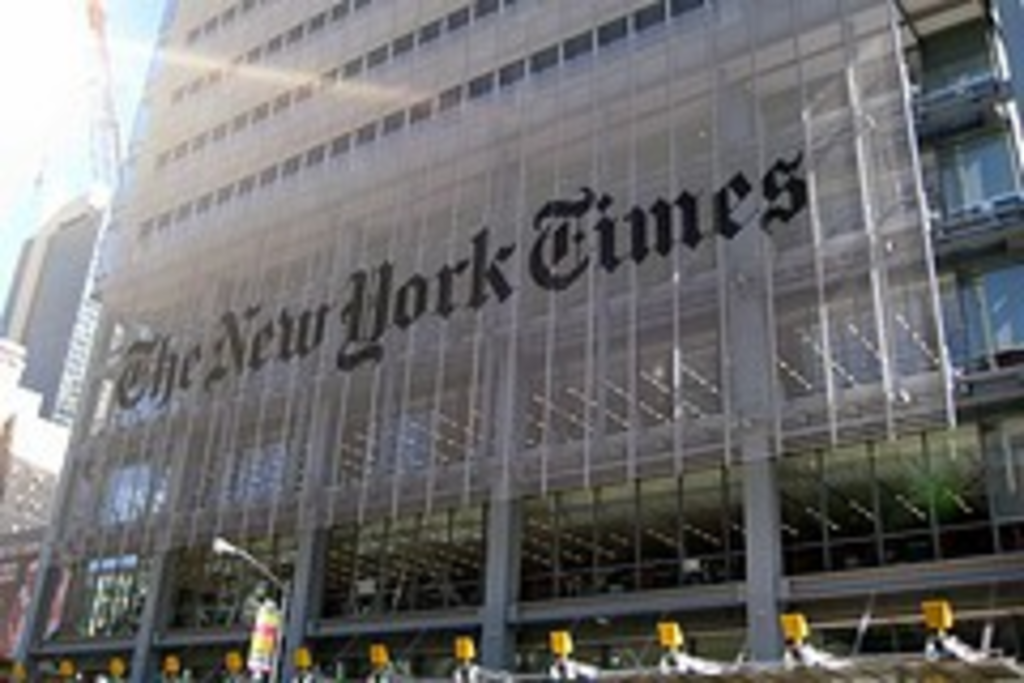 The most famous food critic whose last name isn’t “Ferruzza” is leaving the New York Times. Frank Bruni, who’s been at the job five years, announced he’s stepping down yesterday. I wish Bruni the best wherever he goes (oh wait, he’s staying at the paper in other roles).

The Times is now looking for a new critic.

It’s not quite clear how one gets the job. Bruni was the Times’ Roman correspondent with no food qualifications when he was tapped. Bryan Miller, who was critic from 1985 to 1993, wrote travel columns for the Grey Lady before turning to food. Ruth Reichl didn’t want to leave Los Angeles and purposely tried blowing her interviews with Times’ editors.

If you were a real candidate for the job, you would have started angling for it months ago when it was announced that Bruni was writing a book on being a food critic due to be published in August. With the publicity and press tour that will accompany the book’s release, it was obvious how long Bruni might stay on the job.

If you want to know what the job entails, read this transcript of a chat Bruni had with readers in October.

We’ll leave you with two of his classic columns: a complete take-down of Robert DeNiro’s restaurant Ago and the tongue-in-cheek praise — “only the salad was properly dressed” — for the Penthouse Executive Club, which features young women and well-aged steaks.