The first cut is the deepest 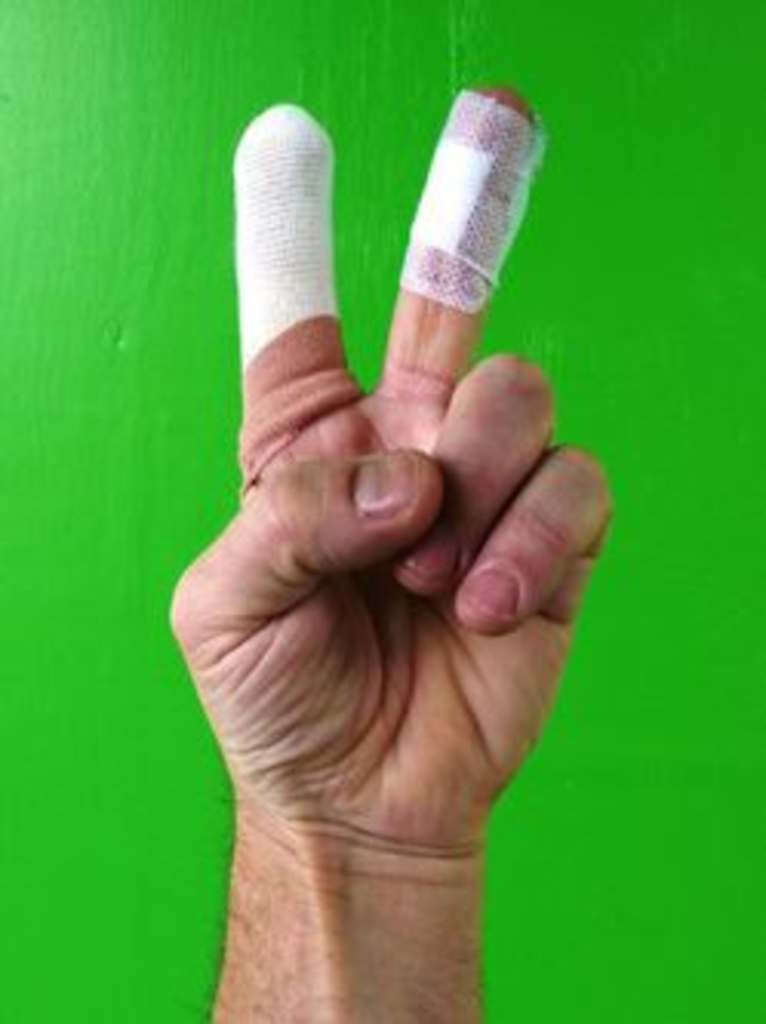 A month ago I was making dinner, not paying attention to what I was doing, and cut my thumb and nail about halfway down to the bone. A rational person would have stopped and gone to the emergency room to get a couple stitches. But working in kitchens your entire life erodes rationality. I just ran it under water, put a bandage on it and kept making dinner.

Working through pain, cuts and burns is all part of the job in a kitchen. Ask a chef to show you his hands and arms. There’s always a good story about the two-inch scar on the forearm, but most chefs will have forgotten how they got the other little scars up and down. It’s all in a day’s work. You take a a shot of liquor, swallow some aspirin and wrap it in ice or a bandage or both.

Steam and fry burns are the worst. Bring them up in a conversation and cooks will shudder. Between a really bad fry burn and chopping off the tip of a finger, I’d rather say goodbye to my fingertip.

And yes, I’ve known people whose fingertips were hanging by a thread. Fortunately, the worst injury I ever saw was fairly minor — a new guy was working the deli’s slicer and pretty much cut off his thumb. He did go to the hospital and they were able to reattach it.

Kitchen workers build up a resistance. There was one guy I knew who could use his fingers to test water temperature all the way up to boiling. He could stick them in rolling water for a couple of seconds and not feel a thing. I had another coworker who’d flip frying bacon with his hands. It’s a kitchen macho thing. And, like sexual escapades, kitchen injuries get exaggerated over time. Be highly wary of any story involving a meat cleaver.