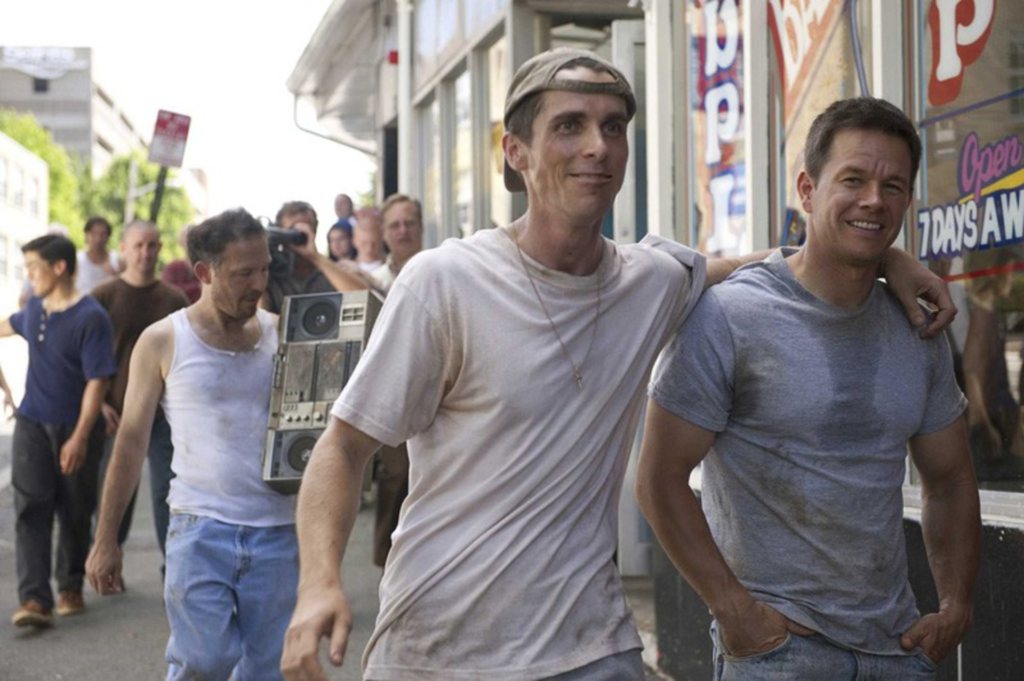 The Fighter is based on the true story of Lowell, Massachusetts, light welterweight champ “Irish” Micky Ward. Starring Boston working-class hero Mark Wahlberg, it plays like a Rocky-fied fairy tale for our time: Consigned to Palookaville, a sweet, unassuming boxer with more heart than brains steps up — all the way to the top of the world.

This is David O. Russell’s first movie in the six years since his screwball comedy I Heart Huckabees crashed and burned at the box office. Although always attached to Wahlberg, The Fighter is a project that passed through several hands, including executive producer Darren Aronofsky’s, before landing with Russell.

Wahlberg trained for years to play Ward, and his investment is evident. But The Fighter doesn’t seem an especially personal film for Russell. By the time Micky faces off against an opponent so arrogant that he won’t even shake hands, the bouts have taken on the overdetermined, rabble-rousing feel of professional wrestling.

A fight film set to a tribal drum, The Fighter plays out on the mean streets and in the dope dens of Clinton-era Lowell, birthplace of America’s industrial revolution. The first 30 minutes are rich in moxie, thanks to Christian Bale’s wired, wild-eyed performance as Ward’s older half-brother, Dicky Eklund, the former “pride of Lowell” and a noisy ghost living on crack fumes and memories of his fight with Sugar Ray Leonard.

Micky, like Dicky before him, is (mis)managed by his high-powered harridan mother (Melissa Leo) and supported by a scarifying seven-sister fan club. The movie’s first fight has the entire clan descending on Atlantic City, where Irish Micky’s original opponent calls in sick, enabling a last-minute substitute to batter Micky senseless in the first round.

He subsequently breaks with his bloodsucking family when he takes up with the tough, carnal barmaid (Amy Adams), whom his floozy sibs call the “MTV girl.” Dicky may have been the subject of an HBO America Undercover doc (High on Crack Street: Lost Lives in Lowell), but, as presented by Russell, the whole family is living a reality show, their domestic drama played out in full view of friends and neighbors.

Indeed, Micky’s essential struggle is not in the ring or even against his big brother as much as with his mother, who dotes on her fuckup first-born boy. In the most show-stopping instance, Bale successfully woos his angry mother, not to mention the audience, by breaking into an a cappella rendition of the Bee Gees’ “I Started a Joke.”

Post-World War II boxing films such as Body and Soul, Champion and The Set-up were all about class struggle, specifically the brutality of the capitalist system and the pathos of the proletariat. With few exceptions, Hollywood boxers were tragic figures, until Sylvester Stallone changed the game, upping the genre’s ethnic ante and creating one of the greatest success sagas in American movies.

After a volatile first half, Micky eclipses Dicky, and The Fighter settles into a predictably rutted narrative arc. Although the movie ends before Micky’s epic HBO-televised battles with Arturo Gatti, The Fighter shares Rocky’s optimistic trajectory and then some.

Just like a skillful politician, Micky brings everyone together to share in his success. The Fighter is less about individual struggle than group validation. I Heart Lowell: To make Micky Ward, it apparently took a village.