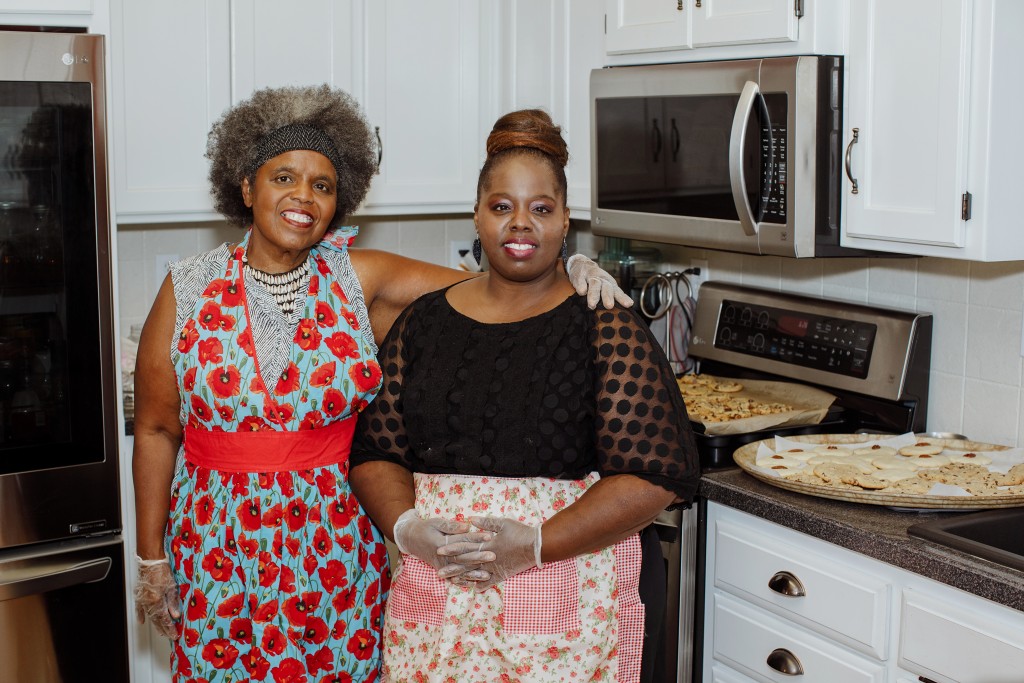 The recent outrage and protests centered on racial inequalities are ushering in a new era for Black business owners. While support has prompted an uptick in clientele and donations for some local Black-owned businesses, some fear that the momentum won’t last and businesses will suffer as a result. With little help outside of consumers, the root issues that perpetuate inequality in Kansas City’s local Black communities signal that there is more work to be done.

Baking is a family affair for Xandria Andrews, who established Miss Sweetie’s Bakery after a lifetime of learning from her mother and grandmother. Her gooey peach cobbler pound cake and rich German chocolate cake have been a momentary distraction from the harsh reality of COVID-19 and protests for equality in recent months.

“It is a breath of fresh air, especially during this time,” Andrews says. “We still kind of get to come together and bake, and it’s inspired my younger niece to start baking at home as well. It’s just pulled us even closer together. 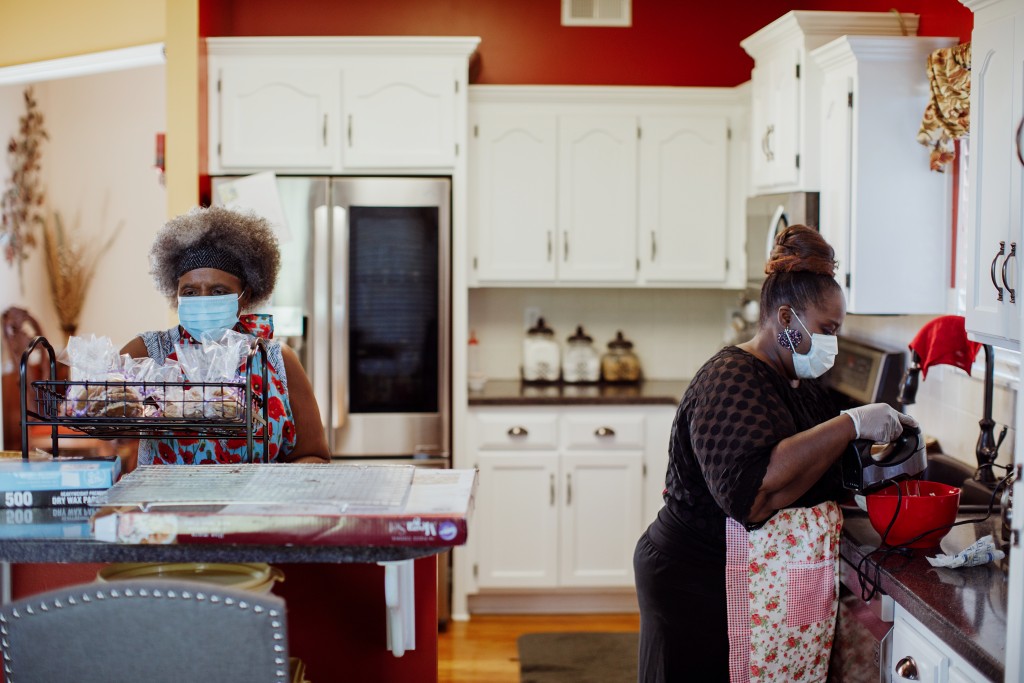 Brenda Andrews (left) helping in her daughter Xandria Andrews’ with an order. Xandria operates her bakery, Miss Sweetie’s Bakery out of her home in Raytown. // Photo by Chase Castor

The survival of her business during COVID-19 has been nothing short of a miracle as 41 percent of Black-owned businesses shut down between February and April, according to a Stanford Institute for Economic Policy Research study.

Of the nearly 5,000 known PPP loans distributed across the area, only 24 Black-owned businesses received funding, according to a study by a University of Missouri-Kansas City researcher. 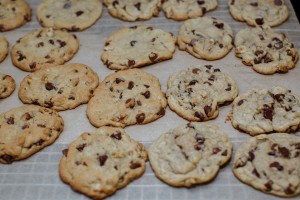 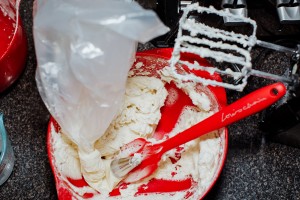 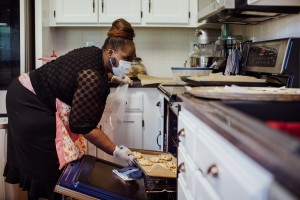 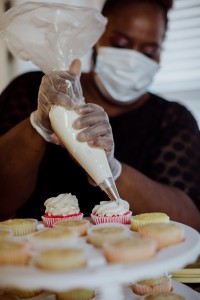 “Black small businesses, they don’t always configure into the plans to get the funding that they need to actually survive,” bakery owner Andrews says. “You might be able to launch, but in order to survive, you may not always have the main tools and resources needed to do so.”

The buying power of American consumers became a movement within itself as protests against police brutality and racial inequality following George Floyd’s death recently gripped the nation. Lists of Black-owned businesses circulated the Internet, and many Americans pledged to #BuyBlack in an effort to support businesses that have been overlooked in the past.

“I noticed that I have more white people than before asking me questions like ‘What’s your menu?’ or just donating to me; just out of the clear blue sky,” Andrews says.

Other entrepreneurs, like atelier Sean Horton, noticed that consumer movements like #BuyBlack create a new divide between patronage of different beliefs.

“You have a Black Lives Matter movement, and then there’s another coin to that,” Horton says. “The other side to that are the caucasian people against Black Lives Matter saying ‘We’re not going to support Black businesses.’ Not saying that the movement is not needed, but at the same time, it does affect business. It affects everybody’s business, to be honest.” 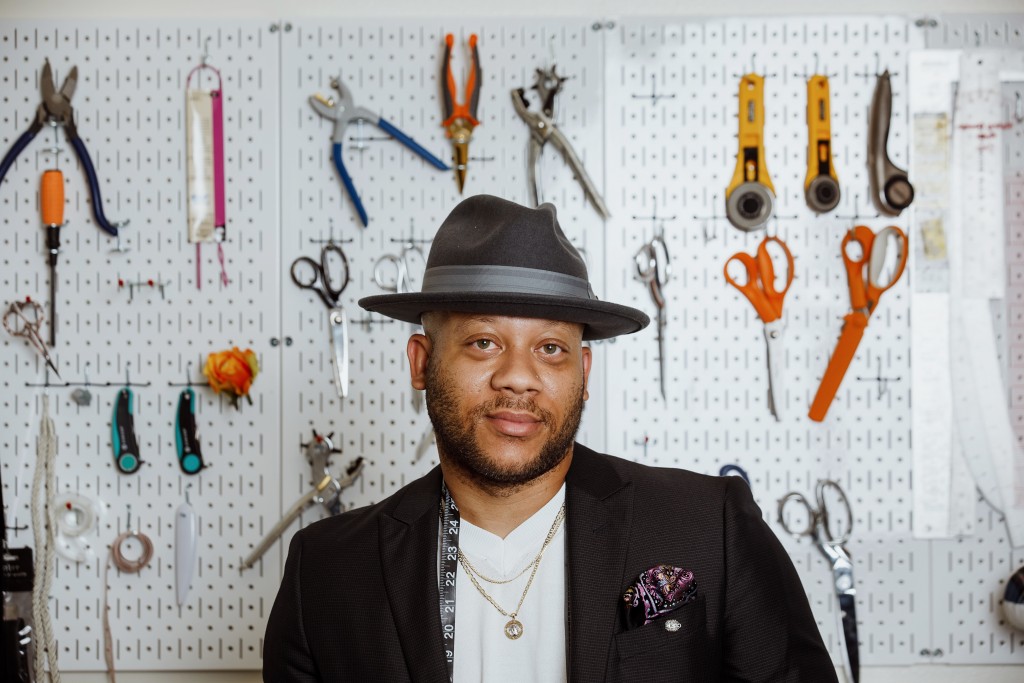 Black KC residents are disproportionately impoverished, with a poverty rate of nearly 25 percent, according to 2018 U.S. Census data, as compared to a nearly 12 percent poverty rate for white residents. 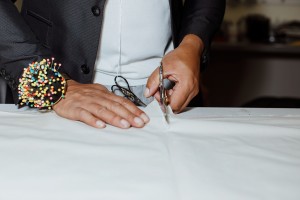 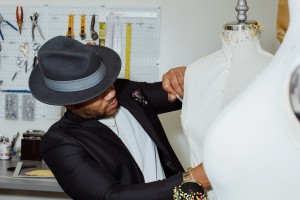 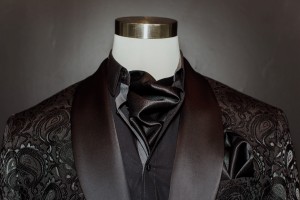 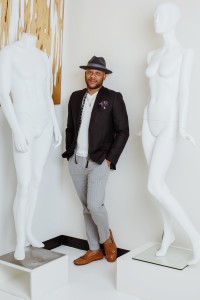 Kansas City has a checkered past when it comes to treatment of Black residents. In its founding, Country Club Plaza developer J.C. Nichols divided the city between Black and white through a process known today as redlining. Defined as the practice of discrimination in morgatge lending, redlining continues to impact local communities to this day, specifically in relation to Troost Avenue.

The generational and physical divide has caused a gap in wealth between residents of different races living in Kansas City. In Jackson County, Black residents have an average household income of $36,509, nearly $30,000 less than white residents, according to 2018 U.S. Census data.

Outstanding financial obligations and business setbacks have been an integral part of Material Opulence, a ready-to-wear streetwear brand created in 2013 by Renauld Shelton II. 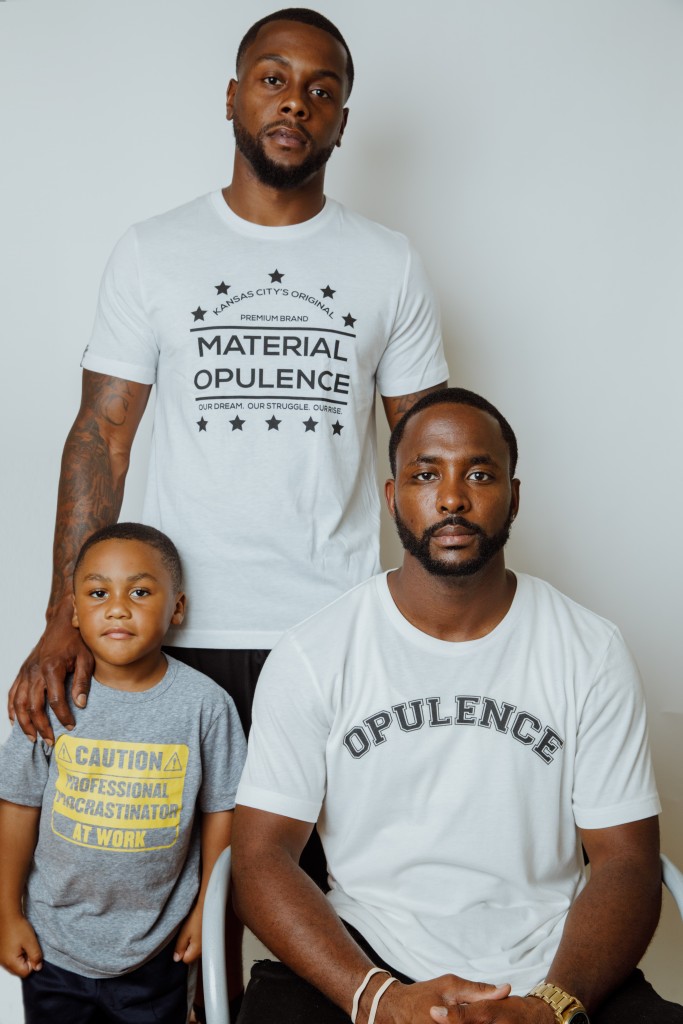 “Every year-and-a-half to two years, we run into a setback as far as financially,” Shelton said. “We kind of have these setbacks where life kind of got in the way of priorities. The business started to come into question about being the most important thing, like are taking care of my son and my home or other things like that more important? And we’re not being able to fully invest like we wanted to.” 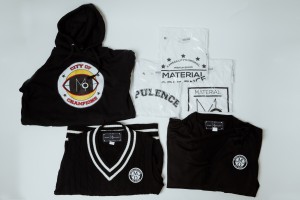 Yet money isn’t the only problem Black-owned businesses face. Lack of community support, resources, tools, and marketing can all prove detrimental to a business, which is apparent to custom-clothing maker Horton.

Bakery owner Andrews had her fair share of these same challenges when opening her bakery, she says.

“The door has been shut in my face several times,” Andrews says. “I feel like there should probably be additional help or resources to help people of color, women, to help us. We are slighted in these areas, and it’s so hard to compete. Even if you have the best idea, the best concept, and your business plan could be immaculate, wonderful, and well thought-out, you just don’t have the edge to bridge you over to the other side.”

The city offers a certification for women, minority, and disadvantaged business enterprises to provide more opportunities to underrepresented businesses. Certified businesses have access to local contracts, like with Kansas City Area Transit Authority, according to the city’s website. There are more than 700 businesses available on this list, with 295 having minority-owned certification. 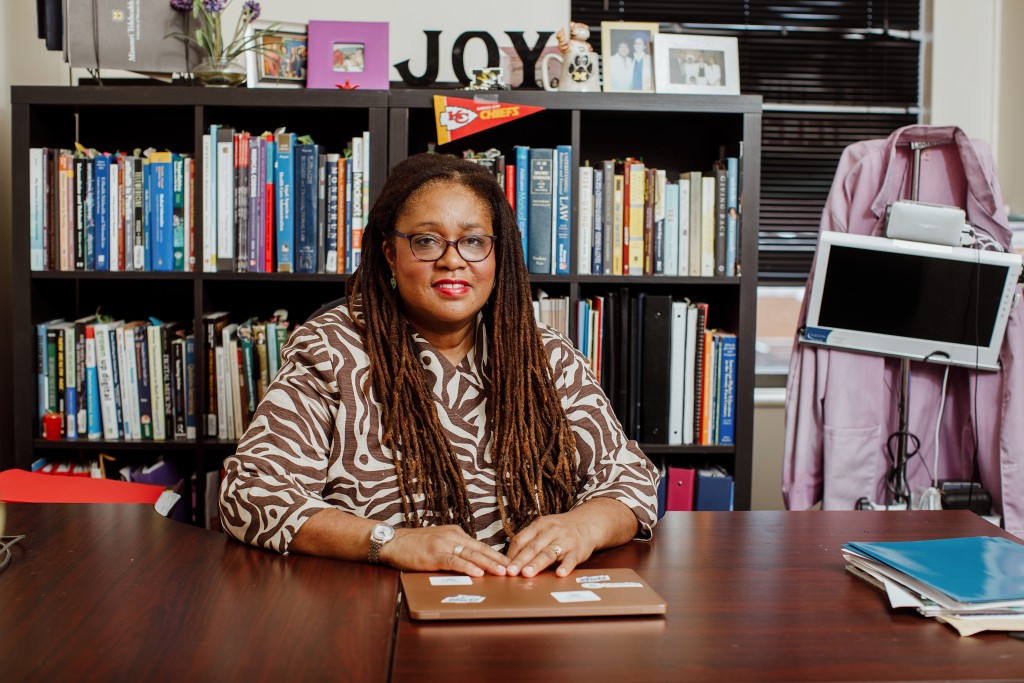 Dr. Shelley Cooper of Diversity Telehealth in her office in the 18th and Vine district. // Photo by Chase Castor.

Dr. Shelley Cooper used to have this certification. Although it got her foot in the door, she says she lost out on opportunities to larger corporations that weren’t necessarily the right fit for the contracts. She owns and operates Diversity Telehealth, an accessible alternative to in-person healthcare founded in 2015.

“Even though there are minority-owned, women-owned, disadvantaged business enterprises that can provide the service, the big guys always get it,” Cooper says. “When smaller companies do get something, it’s a much smaller amount and project, and I think more attention needs to be given to small businesses, especially in Kansas City where tax dollars are being spent. Black-owned businesses are being overlooked.”

Three former business owners know this all too well. What started as a Facebook post on April 30 has transformed into Generating Income for Tomorrow (G.I.F.T.), a group hoping to support businesses in low-income areas by creating economic opportunities, according to their website.

“This is nothing new, we were going to do it anyway because of the already prevalent systemic racism that we saw,” Calloway says. “But, what we’ve already seen is that, with everything going on right now, with the national protests on systemic racism and it coming into the spotlight, people are not being able to ignore it.”

Generating Income for Tomorrow was born after Christopher Stewart posted on the Black Owned Businesses of Kansas City Facebook page. In his post, he wondered how the group could invest in Black-owned businesses if all 15,252 group members invested $10 each. 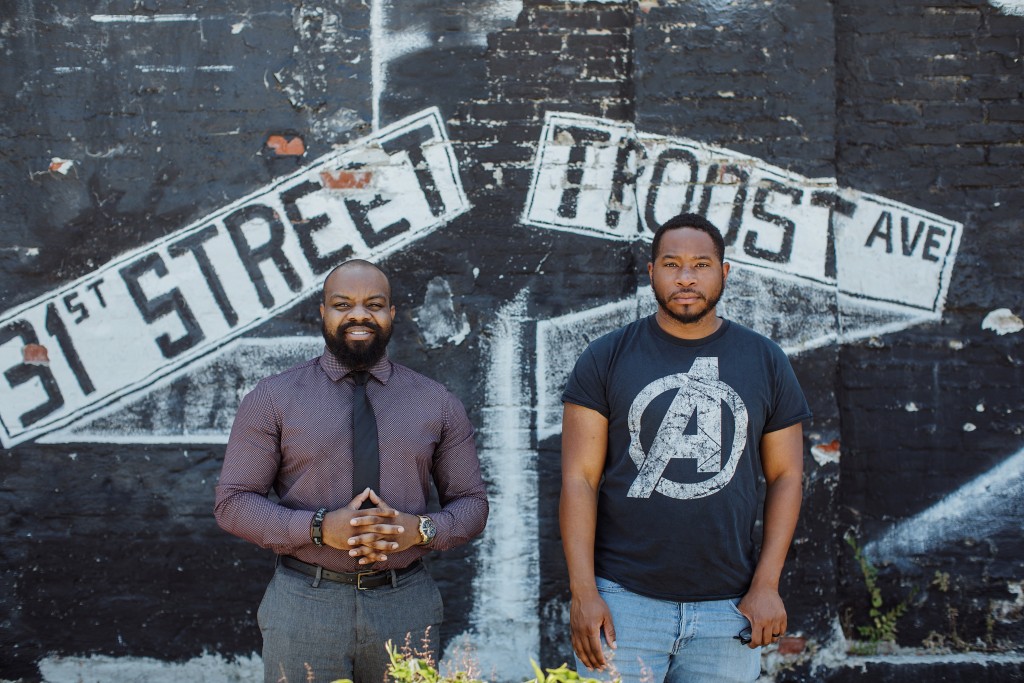 Calloway saw the post and said he knew this was an opportunity he needed to join. The third member, Cornell Gorman, is a lifelong friend of Stewart’s. Days after the initial post, G.I.F.T. was born. Their mission is to be an asset to Black businesses by helping with the good and the bad that come along with business ownership, along with creating economic opportunities and decreasing the wealth gap, Calloway says.

“Based on the climate that we’re currently in in America right now, Black America, we kind of feel like we’re not getting a fair shake,” Marketing Director Cornell Gorman says. “Through it all, there’s a feeling that we go through banks and we’re not getting loans at rates as other ethnicities. We’ll take out the guesswork, we want to give Black Americans a fair shake, and we know without a doubt that you’re not dealing with any type of bias or stereotypes.”

Giving a fair shake to local businesses is what motivates their outreach to area businesses. After their founding, G.I.F.T. reached out to Miss Sweeties Bakery, Sean M. Horton Atelier, Material Opulence, and Diversity Telehealth, among multiple others, to brainstorm tangible and useful goals for helping these businesses.

The ongoing protests and discussions surrounding racial inequality have revealed decades of racial inequality that is all too familiar for Black entrepreneurs. The G.I.F.T. organization wants to be a part of the solution, but Gorman said they know they can only do so much.

“The issues that we deal with as Black Amerians is deep, it’s big, it’s wide, and there’s not a one-thing-fix-all type of deal,” Gorman said. “The G.I.F.T. organization won’t correct all those pains that we deal with in the Black community. It won’t correct all the oppression that we’ve dealt with. But, it’s a piece of the puzzle. It’s a huge piece of the puzzle.”