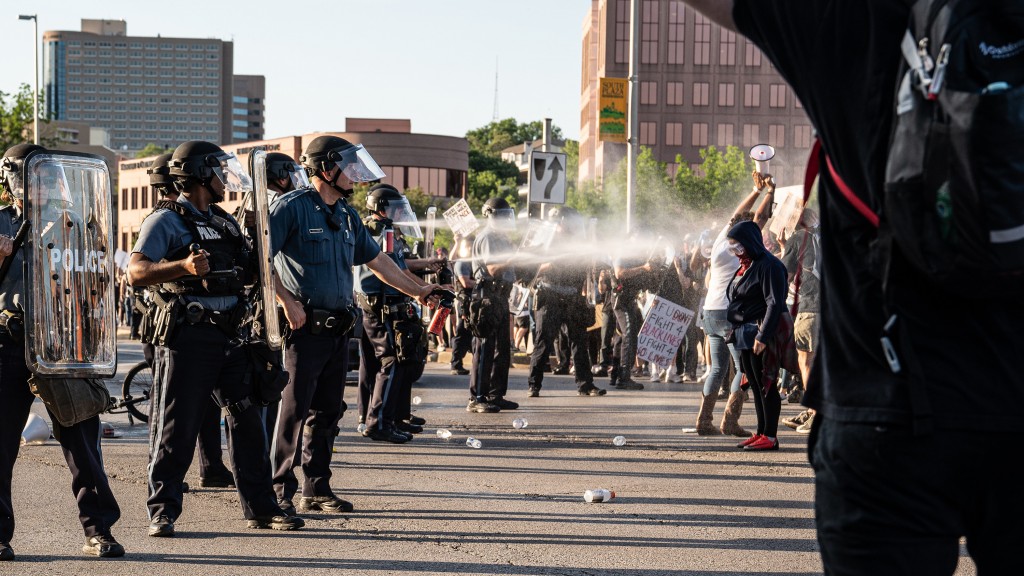 The protests in Kansas City not only exposed how much power the police have and how much they can get away with, but also the rich history of the city’s racial barriers. While the protests have shifted to numerous locations around the city, it’s fitting that it started in front of J.C. Nichols Fountain on the Plaza.

Nichols was “one of the first and most prominent developer-builders to promote the use and enforcement of explicitly racially restrictive covenants,” as said by Kevin Fox Gotham in his book “Race, Real Estate, and Uneven Development: The Kansas City Experience, 1900 – 2000.”

Nichols can be attributed to the reason Kansas City is as racially divided as it is. Troost being the dividing line between black and white, rich and poor, and just about every other form of separation can be traced back to Nichols putting racially restrictive clauses into the deed restrictions on all properties he sold in the 1920’s.

The effects of this clause, which is a form of redlining, trickled way into the 1980’s, when the Nichols Company and other developers bought up the land that surrounded the Plaza and the Country Club District, as Tanner Colby pointed out in his book, “Some of My Best Friends Are Black: The Strange Story of Integration in America.”

If you haven’t heard by now, the Kansas City Parks and Recreation Board is now considering renaming J.C. Nichols Fountain and Parkway in a bid to remove the name of one of many reasons as to why Kansas City feels like two different cities.

Mayor Quinton Lucas said in a statement presented by the Parks Board that “no person accelerated white flight, redlining, and racial division in the Kansas City area more than J.C. Nichols,” and that “the time has long passed that we remove Kansas City’s memorials to him.”

Two public hearings that will discuss potential names with the community are set to happen within the next 30 days, according to Parks Board secretary Karmen Houston. This is something they want to get done as soon as possible.

As for when the name change will happen, Houston said it’s hard to determine as anything can happen in the public hearing sessions

Parks Commissioner Chris Goode said he won’t rest until he sees the name change and will give every single piece of energy he has until it’s done. His hope is that, like popular YouTuber FlightReacts, the city ascends in June by leaving the name behind sometime this month. He’s proposing to change the fountain to “Dream Fountain” and the parkway is changed to “Dr. Martin Luther King Parkway,” but those are just merely his own proposals at this stage.

It makes sense to change it to this, as the change to The Paseo was denied by voters, leaving Kansas City as one of the few major cities without a street honoring the icon.

Goode imagines there will be some pushback from the community during the sessions, as there’s always two sides to every coin, although he refers to the last 24 hours as a sample that Kansas City is on board to throw Nichols in the bushes. The time that he and everyone else finds themselves makes this change more realistic, as people of all backgrounds are fed up and over it.

On June 4, Goode wrote a letter to his fellow commissioners explaining his reasons as to why it’s time to change the name. Near the bottom, he writes, “The time has come for us to stop turning a blind eye towards racism of past and present. There is no immediate resolution to racism, that of which has been deeply embedded for over 400 years into the fabric of this country. We can however make a collective decision to simply do the right thing, now.”

Goode and John Cena said it best: J.C. Nichols, your time is up.