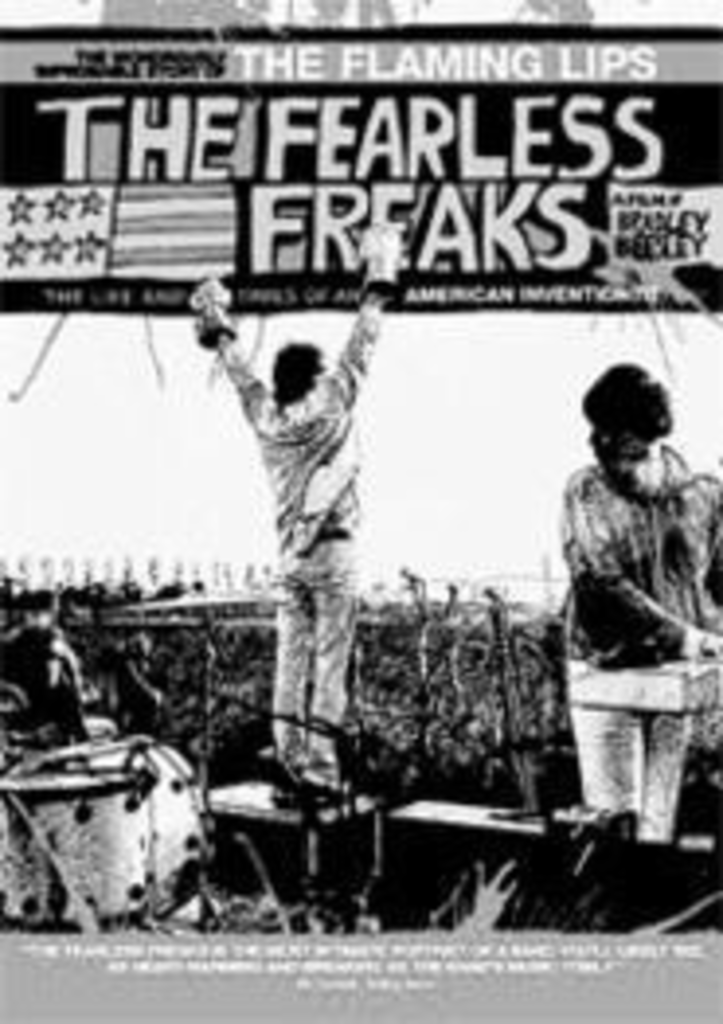 (Shout Factory)
“We thought of ourselves as being some sort of no–talent derivative of some hillbillies-gone-punk version of the Who,” confesses Wayne Coyne, bearded P.T. Barnum of the psychedelic circus known as the Flaming Lips. Coyne’s statement comes early on in The Fearless Freaks, a documentary ten years in the making that details his band’s long, strange trip from extreme Okie outsiders to the Grammy–winning vanguard of the smart–rock underground. Starting with the Lips of the early ’80s — shaggy, bell-bottomed, looking like the fantasy house band from Dazed and Confused — and meandering into its current Pokémon-meets-Rocky Horror Picture Show spectacle, Freaks proves the power of singular vision and the importance of family in maintaining it.

Despite his provincial upbringing and 11 years as a Long John Silver’s fry cook (“I really loved working here,” Coyne says, reminiscing during a visit to his old restaurant), Coyne remains a golden demigod, imbued with a creative spirit and life-loving vigor that’s nothing short of beautiful. His four brothers — shown in grainy, 30-year-old home movies and modern-day interviews — haven’t been so lucky. They’ve been shuttled in and out of jail and have nursed various bad habits, but they’re alive and happy to tell the tale on camera. The same goes for multi-instrumentalist Steve Drozd, who joined the band in 1991. Filmmaker Brad Beesely, gifted with both an eye for intimate detail and the band’s unyielding approval, lets the camera roll as Drozd fixes up and plunges into a heroin high, describing the terrible bliss of his addiction. Drozd reined in the drugs and used his experience as inspiration, just like Coyne took his family’s love and became the Pied Piper of the freaks.