For every hokey, on-the-nose beat, there’s a counter with a transcendent sequence that conveys the sense of escapism that only the movies can bring. 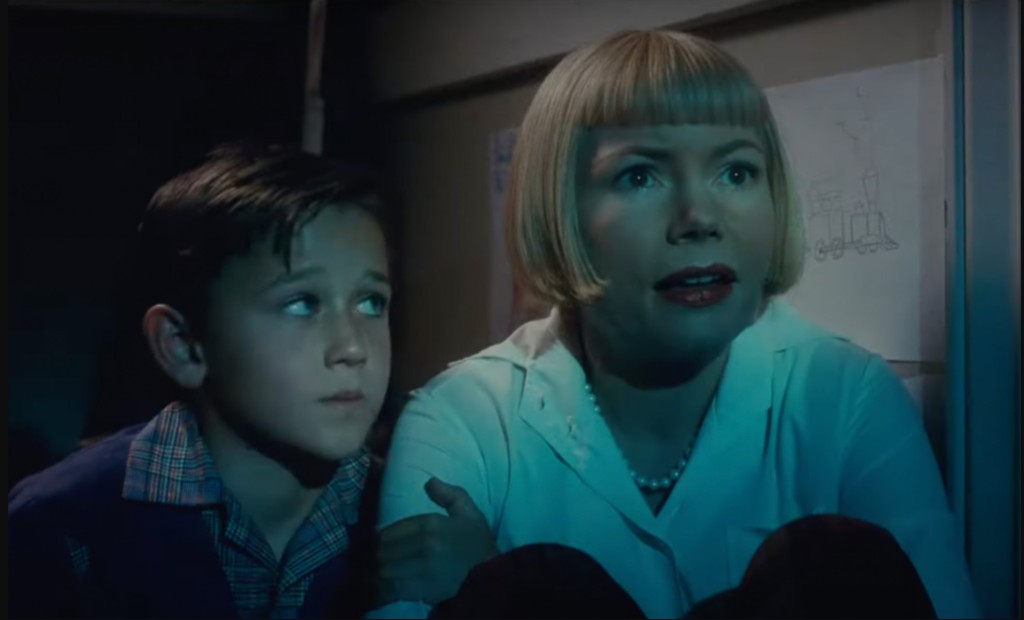 The Fabelmans. // Courtesy of Universal Pictures

In the post-Roma age, it feels inevitable that respected directors all eventually turn their cameras on themselves, with results ranging from moving to pedantic to pretentious. The latest (and, for a certain subset of movie fans at least, the most anticipated) of these is Steven Spielberg’s The Fabelmans, a semi-autobiographical exploration of Spielberg’s formative years as a movie fan and budding director. The result is mainstream cinema at its finest, with a few sequences sure to be etched into film history for decades to come.

When we first meet Sammy Fabelman (Mateo Zoryon) he’s about to see his first movie with his parents: Cecil B. DeMille’s The Greatest Show on Earth. It will be the happiest moment he, his brilliant workaholic father Burt (Paul Dano) and artistically-inclined mother Mitzi (Michelle Williams) ever share.

Instantly obsessed with motion pictures, Sammy starts making home movies with his sisters as a way to expel whatever demons may be clogging up his head, and create a barrier between him and the harsh realities of the world.

Sammy’s journey from young enthusiast to gifted amateur to struggling college dreamer is paralleled by the trek his middle-class Jewish family makes from New Jersey to Phoenix and ultimately Los Angeles as Burt’s career develops. Each location plays a pivotal role not only in the growth of Sammy’s talent, but also the deepening chasm between himself and the rest of his family.

Sammy’s parents wrestle with growing tensions in their marriage and a complicated relationship with their family friend Bennie (Seth Rogen), which causes additional family fracturing.

The Fabelmans soars when Spielberg focuses on Sammy’s budding relationship with film itself. His mother and father each represent figures of art and commerce, alternately inspiring him and attempting to keep him tethered to the ground. As Sammy ages, he finds himself torn between his parents, and his teenage years (played by Gabriel LaBelle) are spent trying to distance himself from them both.

Over the past decade, Spielberg has regularly collaborated with playwright Tony Kushner (who also writes the script here) to great success, from historical backroom politics (Lincoln) to revitalizing a beloved Broadway staple (West Side Story). This time the theatrical flair doesn’t match as well with a mainly episodic drama, which leads to unexpected consequences for the actors wrangling the dialogue.

Dano and Williams are fantastic talents but watching them shift suddenly between histrionics and subtlety presents a bit of whiplash. Of the two, Williams is asked to shoulder the heavier load, coming across as a woman constantly in the process of a mental breakdown—a development that’s never satisfyingly investigated or explored, but does involve a bizarre dance, a lot of crying and, at one point, an ill-advised pet monkey.

Tthe dramatic extremes of The Fabelmans also bring about its best performances.

Rogen is impressively restrained as Bennie, whose constant presence and charm prove a formidable force in the lives of the Fabelman parents and, by extension, their children. He’s only bested by Judd Hirsch and David Lynch, who each show up for only one scene, but those scenes are two of the film’s most memorable.

Other parts of The Fabelmans suffer from a lack of nuance. The film’s second half, diving into the dissolution of Mitzi and Burt’s marriage and Sammy’s experiences with antisemitism at his northern California high school are treated with the hamfisted zeal of an after-school special. Sammy is also physically smaller than many of his classmates, making him easy pickings for bullies. Spielberg emphasizes this by packing the frame with actors who are clearly full-grown adults playing high school students, which feels more than a little odd.

Fortunately, for all its tonal see-sawing, Spielberg’s name is still on the marquee, and that counts for a lot. Even Spielberg’s lesser works still have moments that stand among the best of their given year of release, and The Fabelmans is no different.

For every hokey, on-the-nose beat, there’s a counter with a transcendent sequence that conveys the sense of escapism that only the movies can bring.