The European cousin to the Domino’s Bread Bowl 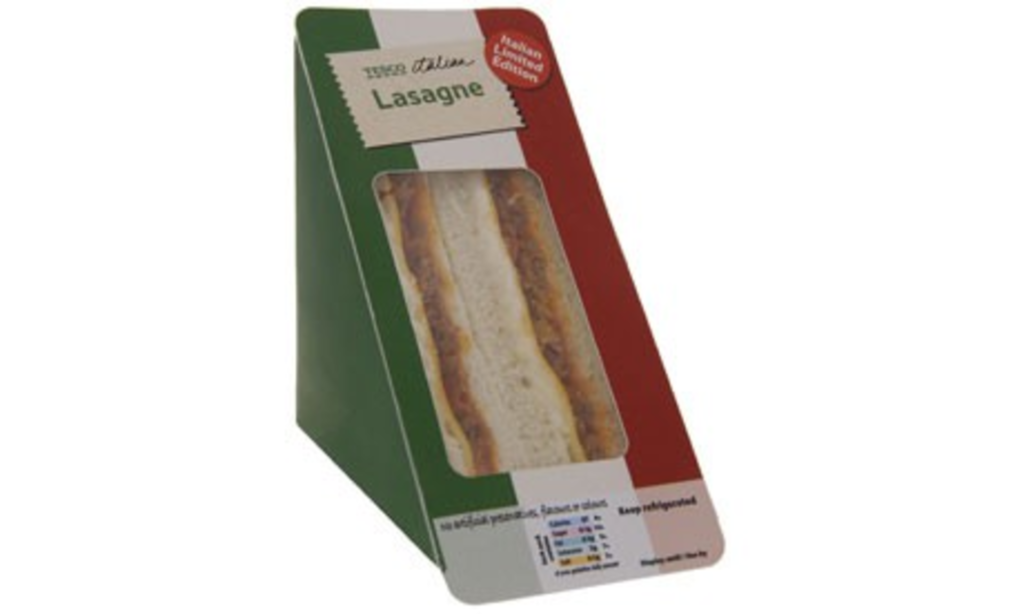 Man created fire. After that, you could argue it was pretty much downhill. My predecessor, Owen Morris, delved extensively into the fetid mess that is the Domino’s Bread Bowl last summer [link here, if you dare]. The cacophony of carbs was almost his undoing.

And so it is with trepidation that I present the lasagne sandwich, courtesy of the Guardian newspaper. While it has a catchy nickname — the lasandwich — the experience of eating one sounds akin to what Owen discovered when a bread bowl was consumed at the Pitch offices downtown:

The first thing that hits you on opening the packet is a faint but distinct whiff of tuna, an inauspicious start for a beefy sandwich. Biting down, the texture is soft and claggy, the cheesy sauce acting as a lubricant to bring the cotton wool bread firmly into contact with your dental enamel from where it refuses to budge without the aid of a fingernail. The diced beef is beefy in the way that a cheap beefburger is beefy – redolent of the artificial flame-grilled flavour favoured by certain fast food outlets and devoid of any garlic, oregano or other identifiable attempt at Italian-ness. Quite where the pasta sheet in the middle disappears to is a mystery – it’s there when you bite down, and gone by the time you swallow. Overall, the effect is of a saladless, cold, lightly pre-chewed beefburger.