Drugs or love — or both? — in the Unicorn’s latest, The Effect 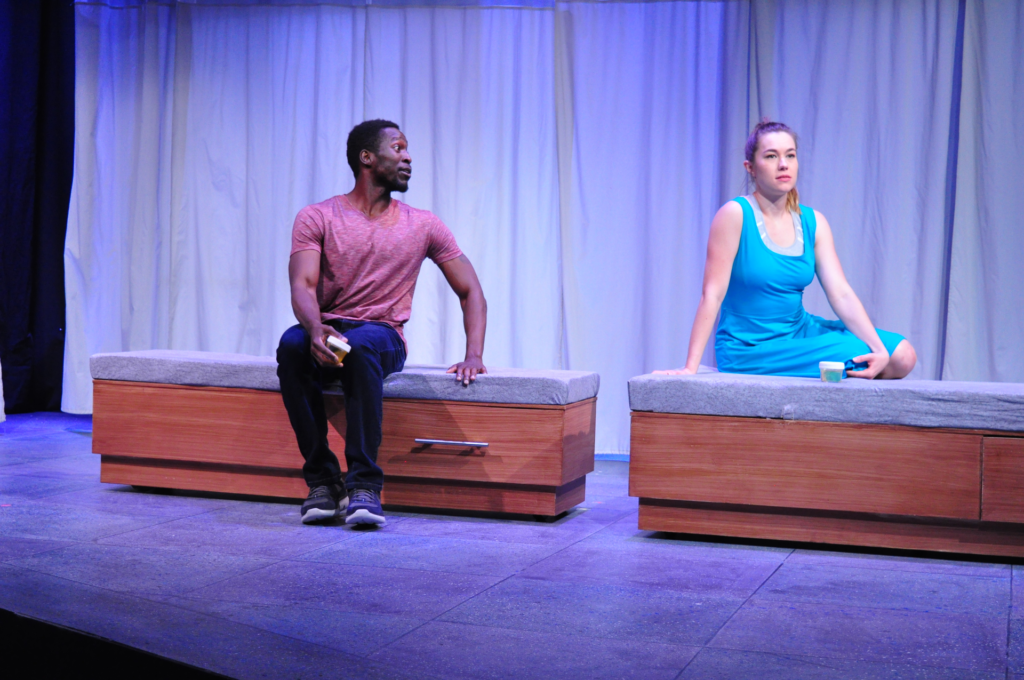 Is it love or is it dopamine?

That’s the well-worn question hanging over The Effect, the Unicorn Theatre’s 45th season opener. Lucy Prebble’s script, though — which won the 2012 Critics Circle Award for Best New Play — is both subtler and smarter than that premise suggests.

The play opens in a drug-trial unit at Rauschen Pharmaceuticals, where Dr. Lorna James (Manon Halliburton) is leading two subjects through a questionnaire. She’s testing their suitability for a four-week trial of Agent RLU37, a new antidepressant.

Her subjects — Connie (Amy O’Connor), a psychology student, and Tristan (Rufus Burns), a drug-trial veteran — are more interested in testing each other. Both are attractive, young, and about to be trapped together in what is effectively a sterile prison.

You can probably guess where it goes from here: a meet-cute over cloudy urine samples accelerates into full-blown romance. But Connie can’t help but be skeptical of her own emotions. If the drug is in the driver’s seat, she asks Tristan, then isn’t their attraction “fake”?

“So what?” he asks. “What difference does it make?”

Prebble proposes an answer in short scenelets with a rapid shutter speed. Fortunately, Tristan and Connie’s relationship is compelling enough to sustain momentum through both frequent scene changes and medical shop talk. The resulting play is a thoroughly engrossing contradiction in terms: a level-headed examination of clinical depression and pharmaceutical trials that races like a pounding heart.

Director Sidonie Garrett is a pro at drawing great performances from her actors, and her work here is no exception — the play succeeds on the strength of O’Connor and Burns’s chemistry and wild-eyed courtship.

Halliburton is a capable Lorna, though much of her Act I performance feels like a reprise of her role in last season’s Informed Consent (to be fair, the roles have a lot in common). Still, she stretches herself to great effect in a late-play monologue about Lorna’s own depressive episodes. The speech is cringingly honest, and Halliburton perfectly embodies the way dark thoughts spiral into meta-cognitive loops of self-loathing.

Emily Swenson’s clever set uses simple, mobile pieces to create several rooms at Rauschen Pharmaceuticals. And Nicole Jaja’s lighting design does a lot of the heavy lifting: as the participants’ dosage increases, the stark, clinical lights slowly warm, and color begins feathering into the frame. Jaja’s design for an overgrown asylum yields one of the more affecting images of the play. David Kiehl’s sound design is no less crucial, from his realistic fMRI effects to the droning interstitial music that evokes both the alien electronics of the hospital and the organic rhythms of the body.

Prebble’s writing is taut and grounded in the particulars of her characters throughout. But she’s sharpest in her depiction of burgeoning (and then runaway) love. “I feel almost holy,” Connie gasps at one point. “Like life is paying attention to me.” Has there ever been a more concise précis of all-consuming infatuation?

Prebble knows when to subvert our expectations, too. When Connie learns that some of the participants might be on placebos, her obsession curdles. She becomes fixated on the idea that her and Tristan’s relationship might be one-sided and begs Lorna to tell her the truth. But as with any credible trial, Rauschen’s is double-blind: Lorna doesn’t know the whole truth, either.

In less capable hands, that mystery — who’s in love and who’s on drugs? — would be the axis on which the drama turns. To Prebble, it’s just a way to show how these characters all miss the point. Eventually, Connie gets her answer, but it’s unsatisfying and costly for everyone involved. 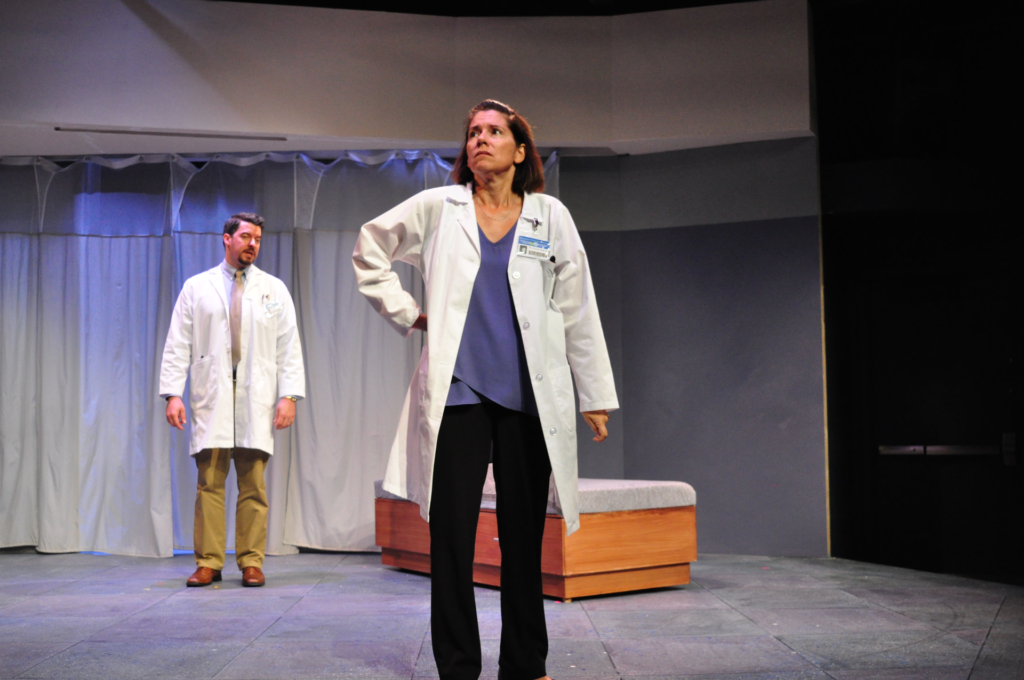 The Unicorn’s production isn’t perfect, and some of Garrett’s technical choices feel slipshod. A stop-and-go sequence in which Tristan and Connie fight and flirt and bare their souls over a single evening doesn’t quite work, due largely to intrusive scene-change music every time the actors reposition for a new jump-cut tableau. And some of the blocking was frustrating from my perch at the armpit of the L-shaped seating unit. Halliburton in particular often had her back to the audience during lengthy exchanges (a necessary evil in any thrust configuration, but conspicuous here).

The script stumbles in small ways, too. The B-plot — a failed romance between Lorna and her supervisor, Dr. Toby Sealey — feels superfluous. Although Todd Lanker makes a fine Toby, the character seems to exist only as a foil for Lorna (and a monologue in which he addresses a medical conference doesn’t do enough to earn its prominence).

Still, Prebble ties them together in a way that feels honest. The Effect tackles an old, fraught question — is it love or is it chemistry? — and comes up with the only answer that seems plausible: yes.

Through September 30 at the Unicorn Theatre, Jerome Stage