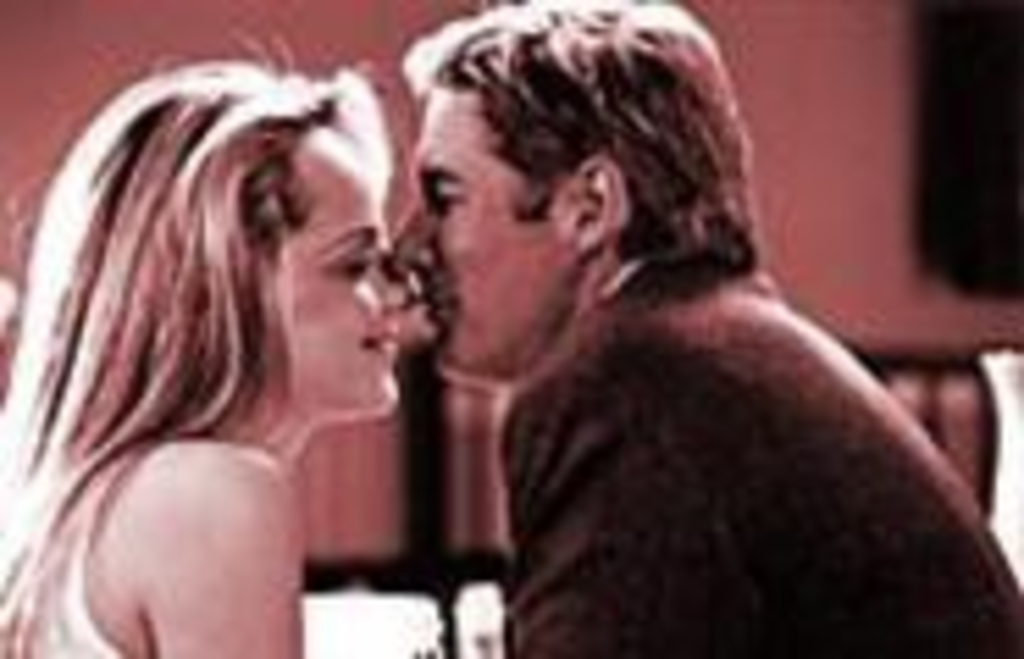 Richard Gere, as Dallas gynecologist Sullivan Travis, has never been more likable onscreen, perhaps because he’s never been more human, more vulnerable, more there. After so many years of so many duds, after so many years of playing ladies’ man to little girls (the recent Autumn in New York would fall into both categories), in Robert Altman’s Dr. T and the Women, he gets to play a tangible, fleshed-out character after so many years of slumming it in lowbrow, two-dimensional fantasy. For the first time, he’s not a movie star playing make-believe but a cheerless man whose perfect life is anything-but beneath the shiny, country-club facade. For a change, you actually give a damn about what happens to him.

Everyone around Dr. T — his wife, his daughters, his sister-in-law, his patients, his assistants — behaves like children; they whine until their braying becomes a sound only dogs can hear. They need, want, beg, and bitch, and they fall apart at the slightest problem, hoping Dr. T will put them back together again. He endures the mental breakdown of his wife, Kate (Farrah Fawcett); the wedding plans of daughter Dee Dee (Kate Hudson), a Dallas Cowboys cheerleader in love with someone else (could it be … Liv Tyler?); the conspiracy theories of another daughter, Connie (Tara Reid); the alcoholism of his sister-in-law (Laura Dern), who has moved her three children into the Travis home; and the constant entreaties of his needy, narcissistic patients. He endures because he loves women unconditionally; they’re his job, his life, his faith. “Women are incapable of being bad luck by themselves,” he says to his hunting buddies (played by Andy Richter, Robert Hayes, and Matt Malloy, all of whom fade into the woodwork). “Men make them that way.” Throughout most of the movie — or at least until the dopey ending, which begins almost like a parody of Altman’s 1978 dreary, dysfunctional A Wedding — he actually believes it.

Altman and screenwriter Anne Rapp (a former Dallasite keen on satirizing the excesses of a city that specializes in overdoing everything) waste no time dropping us in the cauldron of estrogen and ego. Altman presents Dr. T’s downtown office as a train station full of frazzled, garish Dallas doyennes waiting for the 10:15 that never arrives. They’re eager to get examined by the doctor, to make small talk with him as he gives them a pelvic. Dressed as though they’ve just come from a Junior League luncheon, their big hats covering their big hair, they hassle the doctor’s faithful assistant, Carolyn (Shelley Long), until their plaints converge into a single blurt of dialogue — a giant yelp.

Across town, at a ritzy, glitzy mall, Dr. T’s wife, Kate, is losing her mind and, eventually, her clothes as she takes a dip in a fountain that does little to cover her outstretched nude body. Kate frolics in the shallow end as she goes off the deep end: Dr. Harper (Lee Grant) insists she suffers from the Hestia complex, a problem that “affects upper-class women who have everything, who are loved too much.” Her husband’s overwhelming affections have rendered Kate a child who recoils at the slightest touch; soon enough, she begins referring to her husband as “my brother.” The revelation all but undoes the good doctor: Gere seems to shrink when Fawcett greets him not as a lover but as flesh and blood. When his marriage finally, totally collapses, so does he.

But he is not without a safety net: A friendship with the new golf pro at the country club, Bree (Helen Hunt), blossoms quickly and easily into an unfussy love affair. Bree’s the antithesis of the rest of the women in Dr. T’s life, all of whom needneedneed every second of every day. Dr. T doesn’t know what to make of Bree; she confuses him as much as she excites him. (It’s never an Altman film without abundant female nudity, and Hunt also obliges the quota; it’s to her credit that the moment feels so casual and careless.) Bree is the calm at the center of the storm, providing the few moments of solace in a film that nearly screams at the audience half the time. If Dr. T’s patients (among them, Janine Turner) aren’t shouting, then it’s Connie or Dee Dee or Peggy or Carolyn insisting he listen to them right now. Bree, who quit the LPGA circuit because winning became about “relief, not joy,” is tranquil, offering a welcome quiet; Hunt plays her like a statue in golf spikes and khaki slacks.

It’s tempting to dismiss Dr. T and the Women as trite, a cute little nothing; like Altman’s previous collaboration with Rapp, Cookie’s Fortune, it’s so light, a small gust of wind could blow it to bits. But that’s part of its deceptive charm: It sneaks up on you until finally you realize you’re watching a fable only masquerading as satire. The film’s biggest problem is that it mocks an easy target: the privileged. You feel nothing for these people (save, perhaps, for Dr. T), because there’s nothing inside them.

Altman gladly admits there’s not much of a story here; his movies are driven by characters, after all, not plot (when you get down to it, M*A*S*H feels like four excellent, early half-hour episodes of the TV show that followed). He lets his actors roam free, hoping they don’t betray the outline they’re asked to fill in. Most of the parts here are so small they feel incidental; they’re local color on the director’s mural. Even Kate Hudson’s wedding seems like a subplot’s subplot. But it would have been hard to imagine Goldie Hawn, the director’s original choice (and Hudson’s real-life mother), as Dr. T’s wife. Fawcett is Kate Travis, spilling her public persona all over the mall until you can no longer tell whether she’s really nuts or just pretending; when she frolics in the fountain, you almost cringe — there’s nothing sexy about this woman on the verge. But the real revelation is Shelley Long, playing the long-suffering assistant who tries to give her body to Dr. T when he won’t accept her heart. After years of trying to shrug off the role of Cheers‘ Diane Chambers in one horrible misstep after another, she regains her footing. She’s at once forceful and clumsy, a woman stricken with a little girl’s puppy love.

It will be interesting to see how well the film plays outside of Dallas, because Rapp has written a tale rich with details that may not resonate too far outside the city limits. One minor subplot has to do with a women’s group that enlists Dr. T to help convince the city council to rename a highway after a woman, because all of Dallas’ major thoroughfares are named for men. They offer up three choices: former Dallas mayor Annette Strauss, cosmetics goddess Mary Kay Ash, and, for grins, Dallas-reared sex kitten Jayne Mansfield. It won’t mean a damned thing to anyone outside the 214 (or 972) area code, just as outsiders likely won’t catch the joke of stocking NorthPark, home to Neiman Marcus and Lord & Taylor, exclusively with wealthy white women — the way so many of its patrons wish it really were. NorthPark, incidentally, is the same mall in which David Byrne set much of his 1986 film, True Stories, only he used the stark interior to different effect. Byrne made the place look sterile, like a small-town tomb; Altman makes it look like a small, self-contained city in which the rich gorge themselves on champagne and jewelry while drifting through Tiffany’s. Come to think of it, Altman’s made the best episode of Dallas ever filmed.