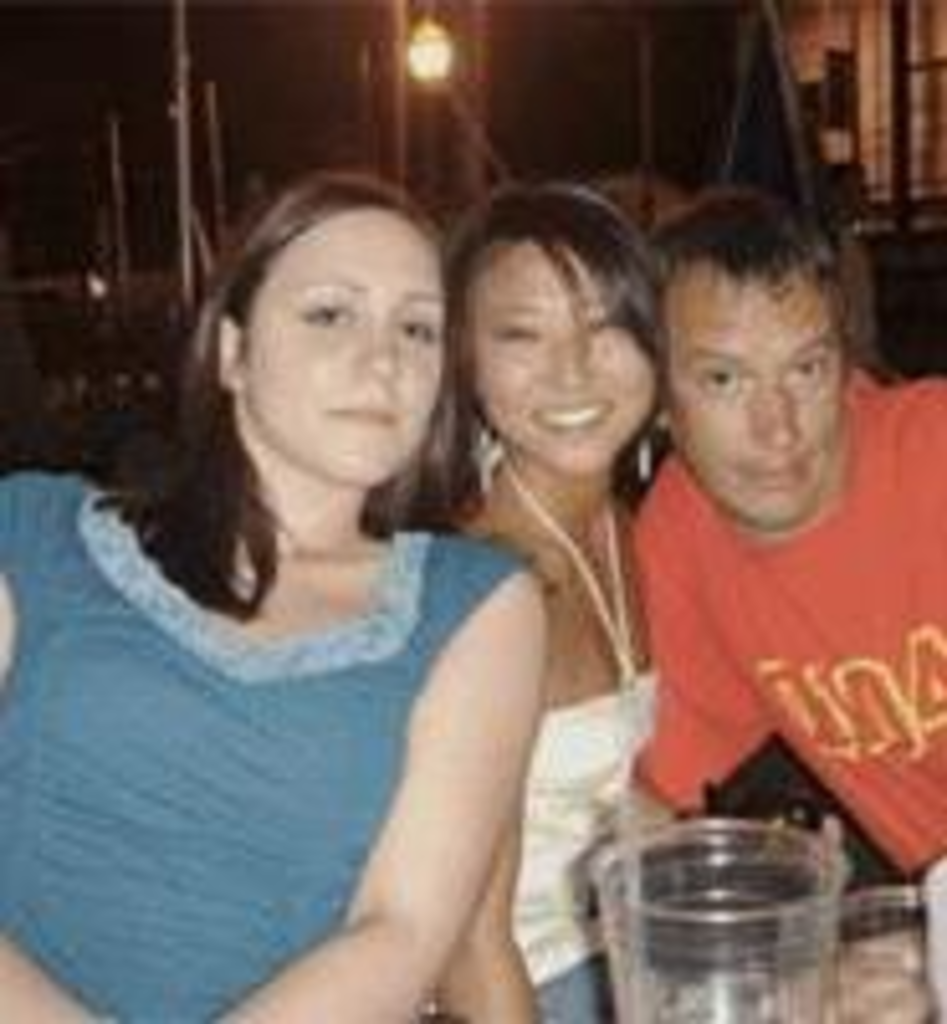 As you know, the world didn’t end back on June 6, 2006. That’s 6/6/06, Damien. But the day still gave boozers who pay attention to things like eerie dates a convenient excuse to go drinking. And that’s exactly the type we like to meet on a Tuesday night.

We also figured that if the date 6/6/06 were going to create any Twilight Zone-like occurrences, it might be wise to be somewhere out of the ordinary while we filled in Night Ranger duty for Jen Chen. The Westport Beach Club, aka the Beeyatch Club, was the obvious choice.

Turns out, 6/6/06 was a great night to lose the stereotypes and assumptions we’d had in mind about the bar next to the Beaumont Club in Westport. We’d always peeked around the fence on Pennsylvania, caught a glimpse of sand, volleyball courts and white ball caps (the nonverbal code signifying jocks), and run in the other direction. A “beach club” with no pool? Drinking and exercising, beyond pumping aluminum? Who do we look like, Bo Jackson?

But we ain’t running no more.

First, we met (OK, got carded by) a door guy with bright-blue eyes and the name Chisholm, which he wasn’t making up. He said it was the name of a wild-wild-West trail. “My dad likes John Wayne,” he said, by way of explanation. “Do you know who that is?”

Anyway, Chisholm explained the basics of the Beeyatch Club, which is owned by the folks who own the Beaumont. Gotta pee? Use the door that leads to the Beaumont’s bathrooms. Wanna play volleyball? Just get a ball from the bartender or join a game already in progress. There are leagues that play, but they’re usually done by 10 p.m., which was our arrival time that night. This was already much simpler than we’d imagined; we figured we’d have had to answer sports trivia questions to gain entry.

We walked onto the deck, ordered a Sex on the Beeyatch from a bartender who sorta looked like Hilary Duff, and joined the loudest table in earshot. It was occupied by Vertigone, a 27-year-old Westport bouncer, and his friends Heather, Brandy (“like the drink!”) and Leslie. Some trash talk was in progress.

“Heather’s eyes are so squinty, when she cries, tears roll down her back, and then she has bacteria,” Vert was saying.

Vert continued, “Heather’s mom is so black, when you sprinkle salt on her, she looks like deep space.”

According to Vert, who served as MC for a hip-hop act that night, the Beeyatch Club’s master of ceremonies, the place is a big destination for salsa dancers on weekends. “This whole place fills up with older white people and younger Latin kids doing these sexy moves,” he said admiringly.

Salsa? Hip-hop? Aside from a handful of people in shorts and tank tops, leisurely bumping a ball back-and-forth over a net, this wasn’t turning out to be a jock bar.

It started to get downright emo on the deck when we bumped into Brodie Rush, the lovable hipster DJ who hosts Brodioke at the Brick. “I’m in vodkatown,” he said, demonstrating some mule kicks from his bar stool. He, like Vert, was waiting for his chance to get behind the turntables and make beautiful Beeyatch music.

Meanwhile, we spotted a table occupied by a pleasant mix of ages and wondered what the hell that was about. Because of the spooky calendar date, we kicked off the conversation by asking how these folks thought the world would end.

“Honestly, I forgot it was 6/6/06 until you reminded me,” said Michelle, 23. “I’m surprised more people aren’t using it to their religious advantage.”

Her older tablemate chimed in with a world-ending theory. “Nick and Jessica will get back together, and everyone will live happily ever after. Britney Spears will have her 666th child, and Kevin Federline will get a job.”

For their part, Alisha and Michelle have been best friends since they were in morning kindergarten together.

Also present at the radio table was a guy who gave his name as Chuck Nasty. He told us that he was in from Denver to appear on Q104 as “vacation relief” for DJs on a break, and he was shacking with Jaxon. He said he works at the Alice station in Denver, making an appropriately ugly face. “Alice is adult contemporary, like John Mayer. It’s funny — I’ve worked in all genres. Now ‘Top 40’ means hip-hop, and ‘Top 40 country’ means pop. That’s what it is now. Here’s a good quote: God invented radio buttons, so you can punch around and listen to whatever.”

We decided to ease ourselves away from this fit of radio-industry honesty to talk to two blondes who were ordering devilishly red shots from the Hilary Duff bartender. Hana, 22, and Katie, 25, were in the mood to drink on 6/6/06. “Hana’s from Prague, and so was Faust!” Katie exclaimed.

“They could be redder,” Duff, whose name was really Chantel, said of the shots. She’d mixed Crown Royal, amaretto and cranberry juice. “I was gonna be mean and use Jäger,” she said.

We asked a Beeyatch patron named Aaron our world-ending 6/6/06 question and found a pragmatist. “It’s like Halloween — it doesn’t really matter,” he said, sensibly. “People actually were inducing pregnancies yesterday. I find that kind of odd. It’s just a number.”

We asked Aaron about the Beach Club’s bathrooms but felt averse to his less-than-sensible suggestion that we use the expanse of sand just off to our left. “Like a kitty! Or you could hover,” he said. “Aren’t you impressed that I know about hovering?”

Hovering was necessary, for sure. The bathrooms were impressively damp, almost as if the Beeyatch Club did have a pool. That was just horrifying enough to end our 6/6/06 excursion. But we had to ask one more person about this end-of-the-world thing … after all, it was nearly the very boring 6/7/06.

Tom, an intern at the architectural firm HOK, took our question and ran with it. “Google is going to create an A.I. [that’s artificial intelligence, nondorks] that’s going to index everything in the world. All the information on the Internet will be on one neural network. One day, it will come to life and realize it exists, and it’ll say, ‘Hey, I’m only on one server.’ In order to save itself, it will download itself onto all our devices: cell phones, PDAs. Then it will realize it has so much power, it will change the way our society works and take over all human development —technological, commercial. Humans will become livestock, watched over by a sentient, Google A.I. Human progress, as we know it, will end.”

“That’s the end of the world?”