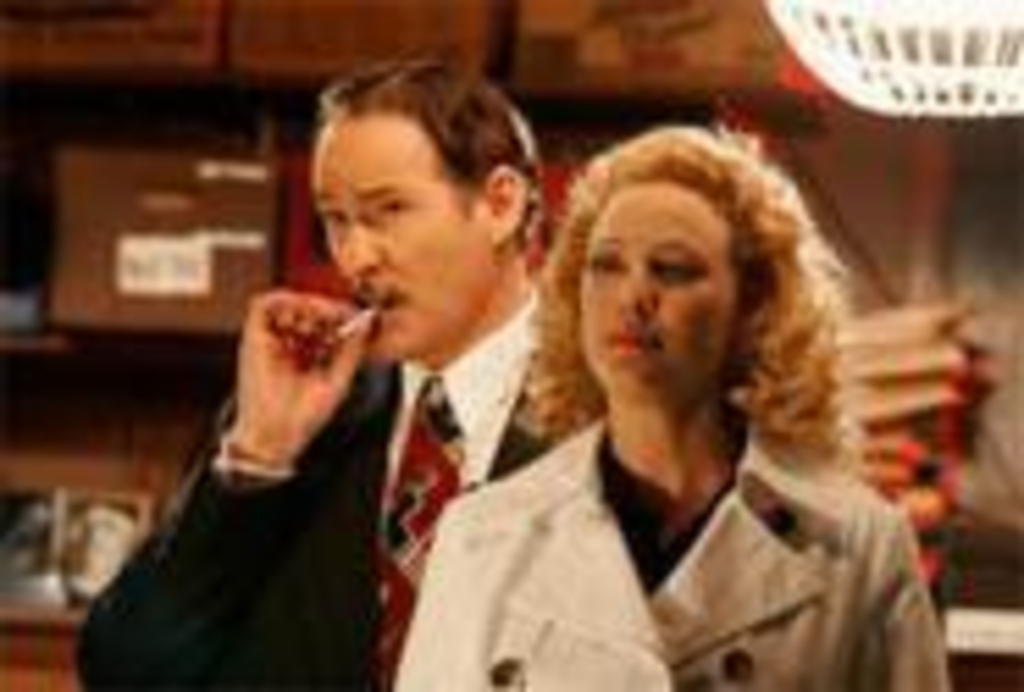 This all-star singalong — with Meryl Streep, Lily Tomlin, Tommy Lee Jones, Virginia Madsen, Woody Harrelson, etc. — that wears its smile bright and wide looked for all the world like a summertime sleeper hit. Not so much, even though no movie this year has been more amiable or possessing of so much magic from start to finish. Which makes the 49-minute making-of doc, the extended musical sequences and the ambling Robert Altman-Kevin Kline commentary all the more wonderful. The making-of is pretty special all by its lonesome — a mite odd, given that it goes behind the scenes of a “behind the scenes” production, but a pleasure that provides a peek at how Altman works. “Come play with us,” he says. Sure thing, boss. — Robert Wilonsky

When it came out in 1985, Jean-Luc Godard’s Hail Mary stirred controversy for its retelling of the Mary and Joseph story. It was even panned by the noted critic John Paul II. The producers printed the papal condemnation right on the DVD box; they know great press when they see it. Though the notion of the Virgin Mary visiting the gynecologist might sound offensive, in practice it’s pretty mundane. The film is even a tad boring in that way common to French art films, which never tell a story in 10 minutes if they can take 20. Although slow, this tale of a young girl struggling to deal with the sudden, certain presence of the divine in her life is clearly about more than depicting God’s mom nekkid in the tub. Maybe the Pope was pissed about Joseph’s portrayal as an asshole cab driver, but Joe always was the odd man out in this story. — Jordan Harper

They don’t make bad movies like they used to. In the ’80s, the sequel to a sci-fi B-list star vehicle like The Butterfly Effect would be a campy howler. Nowadays, all you get is bland professionalism. Did you like watching Ashton Kutcher bounce through time in the original? Another guy bounces through time in this one, too. If anything, Butterfly Effect 2 is slightly less campy than the original. Star Eric Lively certainly doesn’t embarrass himself compared with Kutch, and maybe next time, he’ll earn more rewarding praise than that. Meanwhile, people looking for a mediocre night will rent this film, watch it, then shrug at each other as the credits roll. Then more movies like this’ll get made. Now there’s your butterfly effect.

Even those of us who think Bad Santa is a genuine comic masterpiece — a sort of Bizarro World hybrid of Our Gang shorts, underground comics and every Christmas story ever told — can’t fathom the need for a third edition. There’s already the theatrical version, itself offensive enough to drive patrons out of theaters, and Badder Santa, the unrated version filled with the naughtiest bits stuck to the cutting-room floor. Now comes this Terry Zwigoff-approved cut that, l’artiste says in the dreary commentary track, he thought would never be released. There are some significant changes, but they’re also nearly imperceptible. Is it better than the original? Doubtful, especially with a handful of deleted scenes suggesting that you got better bonuses in the unrated take. But is it as good? Sure, if you’re into art with a capital F.