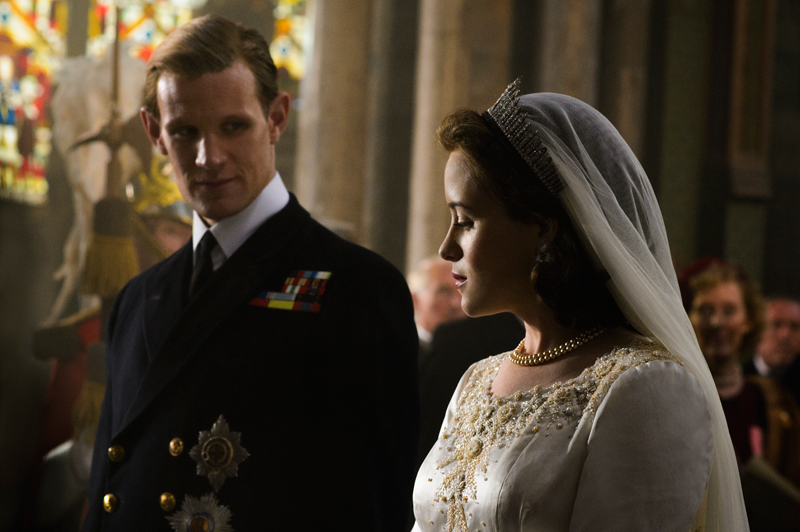 There could be no better tour guides through the volcanoes of Ethiopia, Iceland and (believe it or not) North Korea than Werner Herzog and volcanologist Clive Oppenheimer. Into the Inferno, streaming on Netflix now, is everything you want from a Herzog doc: beautiful, strange, disturbing, philosophical. There’s enough remarkable footage of hot-magma bursts and erupting volcanoes to make any straight-up nature documentary jealous, but Herzog’s focus is more on the cultural myths that surround these giant power sources, and the movie is all the better for it.

The Stooges occupy a unique spot in the history of rock and roll. They weren’t polished enough to fit in with the new wave of white British bluesters in the late 1960s, and they predated punk’s first wave by about a decade. In Gimme Danger, opening at the Tivoli today, Jim Jarmusch has a lot of fun with this notion, using lots of archival TV and movie footage (The Addams Family and the Three Stooges show up) to illustrate the unlikely rise and influence of Iggy Pop and the Asheton brothers from Ann Arbor, Michigan. It’s rousing entertainment for sure.

The Quiet Man is often described as director John Ford’s most romantic movie, and that may be true — even if its version of hearts and flowers is manly ex-boxer John Wayne dragging a stubborn Maureen O’Hara a couple of miles across the Irish countryside by force. The movie was Ford’s passion project, and it smolders with sexiness, not to mention a couple of the most iconic images in film history. The Olive Films Signature edition, just out on Blu-ray, boasts some fantastic special features to go with a new presentation of a 4K restoration that highlights its Oscar-winning Technicolor cinematography.

Speaking of stunning cinematography, Robert Altman’s 1971 Western elegy, McCabe & Mrs. Miller, is the Kansas City cinematic giant’s most visually resplendent work. Warren Beatty’s cockiness has never been used to greater effect, and the tragic romance between his and Julie Christie’s title characters may be the most emotionally involving relationship Altman ever lensed. The Alamo Drafthouse is showing it on the big screen for free at 12:45 p.m. today. The caveat? You gotta buy a $5 voucher for food and drink. I recommend a nice, robust brown ale to match the film’s earthy tones.

Because it’s a period piece that revolves around sexual discrimination in the workplace, the easy shorthand for the new Amazon Prime series Good Girls Revolt is Mad Men for Women. The buzz is good so far on the show, which is based on the true story of female researchers at Newsweek who sued their employer in 1970 for discriminatory hiring and promotion practices. All 10 episodes of the first season are available to stream now.

Who are we kidding? Tonight you’ll be watching the historic speech by the first woman elected president of the United States. Unless Cheeto Jesus wins, of course.Then you’ll likely be standing outside watching the world burn. If you have Showtime, feel free to flip back and forth between news coverage of the moment and Stephen Colbert’s Live Election Night Democracy’s Series Finale: Who’s Going to Clean Up This Shit? For now, we can all rejoice that this historic dumpster fire is finally, mercifully over for good. Until the next election cycle starts. Tomorrow. Ugh.

Netflix is taking another huge gamble. The Crown is an ambitious new series with a major pedigree. Created and written by Peter Morgan (who already chronicled royal life in The Queen, with an Oscar-winning Helen Mirren), it sets out to cover Queen Elizabeth II from 1947 to the present day. The first six episodes of this $100 million-plus, 10-episode season are up on Netflix now. Clair Foy (Wolf Creek) plays the sound Elizabeth, with John Lithgow playing Winston Churchill and Jared Harris as King George VI. If all goes well, we’ll get five more seasons.