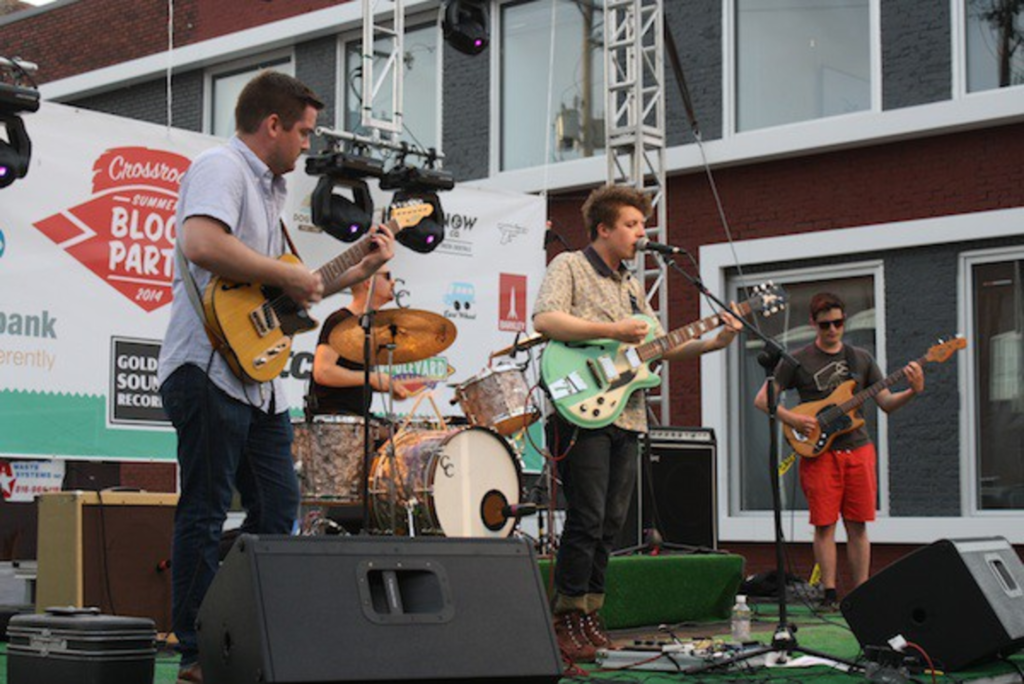 The Crossroads Summer Block Party transformed the intersection of 19th and Wyandotte into a mecca for craft beer, aerial silks and a lineup of local bands that traded off between being the perfect background music to an enjoyable evening and the main attraction. 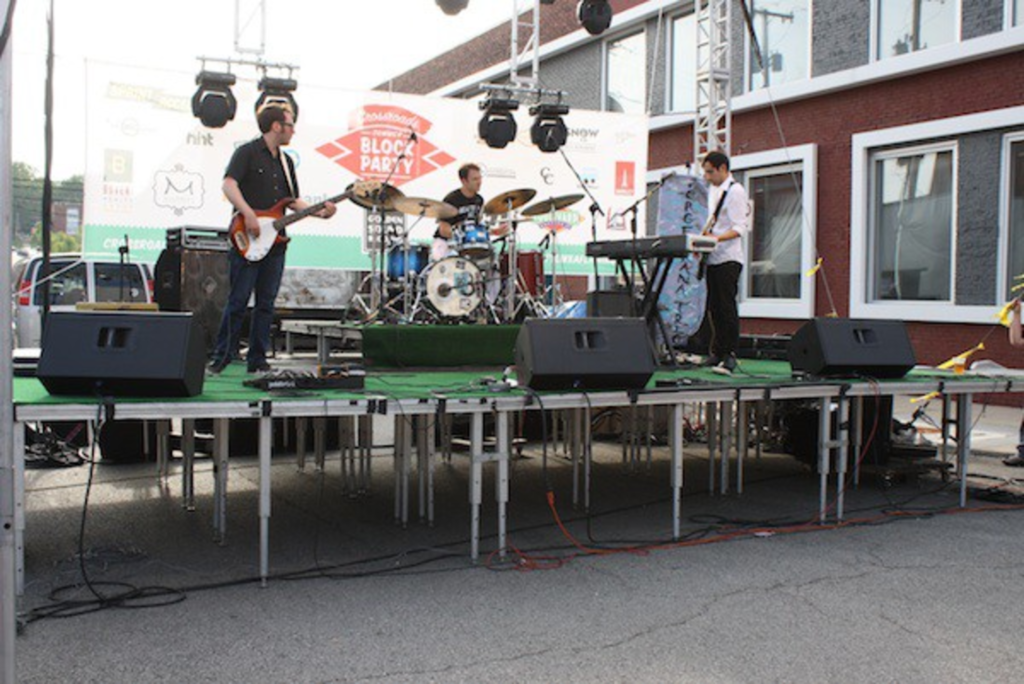 Jorge Arana Trio was first on the bill, and as I juggled parking – for there were very limited options – I could hear the band’s set from blocks away. The progressive rock rumbled through the Crossroads area with a metallic punch in full daylight as Kansas Citians made their way downtown for First Friday. The trio mashes up jazz and heavy, heady electrics for a sound that is at first confusing but inarguably brilliant, and the set seemed to flow endlessly together, one song morphing eloquently into the next.

Between bands, Quixotic Fusion brought its collective of stunning young protégés to the stage. Dancers used flowing fabric and LED lights to showcase what the new studio on Broadway was working on, and as the crowd grew, so did the applause. 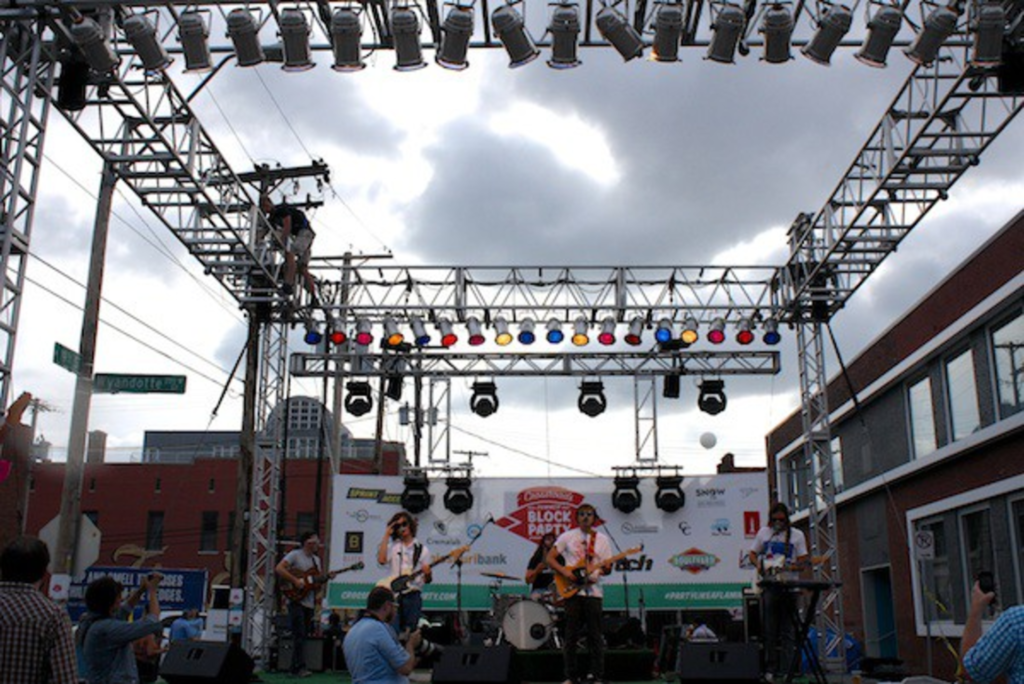 There was perhaps no band that better channeled the idyllic sunshine of the day than Rev Gusto. The garage-pop five-piece set a pleasant mood for the afternoon and got a few cheerful kids dancing. Frontman Jerry Frederick played barefoot, seeming to really enjoy the feel of the artificial grass between his toes. It made for a joyous, informal atmosphere, and I saw more than a few beaming faces and summer dresses approving of this casual band.

Mat Shoare, with his mint-green guitar and equally pastel supporting band, showcased shimmering, sunny vocals. He climbed effortlessly into high falsettos and decorated songs with some delightfully Frankie Valli-like nah nah nahs. His was a tight set, more unified than the preceding bands’. Even though it was a casual affair, it was clear that Shoare took his music seriously, and I appreciated his quiet professionalism. 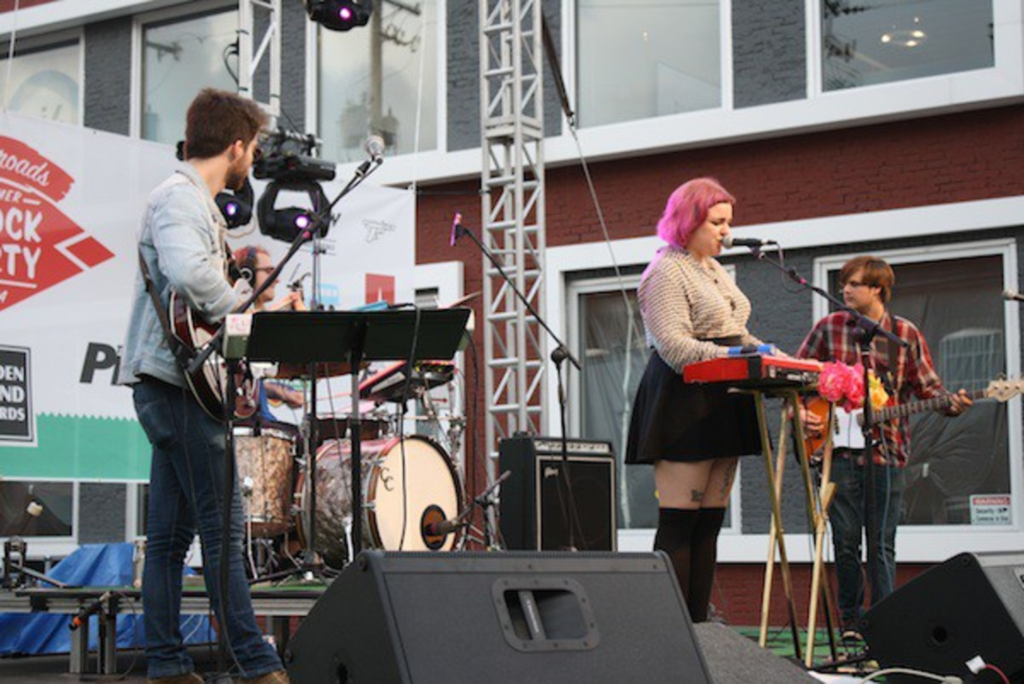 You’d be hard-pressed to find a voice as lovely and complex as Katlyn Conroy’s. The singer-songwriter, who performs solo as La Guerre (when she’s not singing with Cowboy Indian Bear), matched her throaty vocals with the soft electronica from her latest album, Rare and Collectible Spirits. A pleasant mix of dark lyricism, talented keyboard playing and a Lana Del Rey-like lilt makes Conroy’s solo project ideal for rainy days or pensive car rides – though she suited the vibrant block party atmosphere just fine. 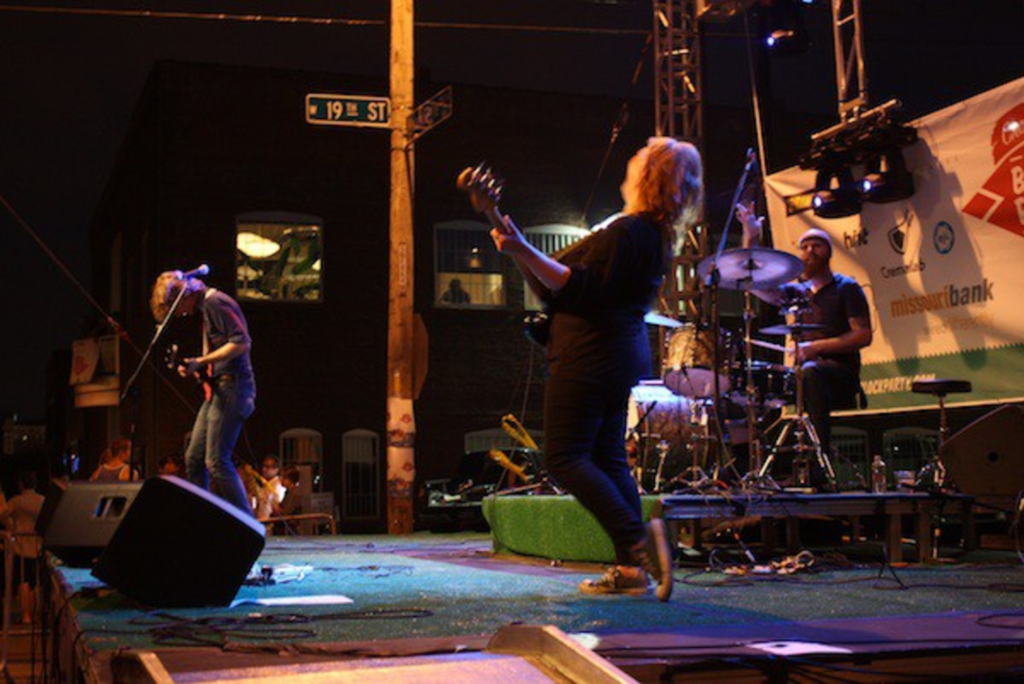 On its Facebook page, Loose Park likens its sound to an “indie Def Leppard.” It’s yet to be determined if the three-piece will live up to that moniker – the band is fairly new, after all. The set was spirited and definitely turned up the energy of the stage. There was head-banging, hair-flipping and a general sense of euphoria – both onstage and in the audience. 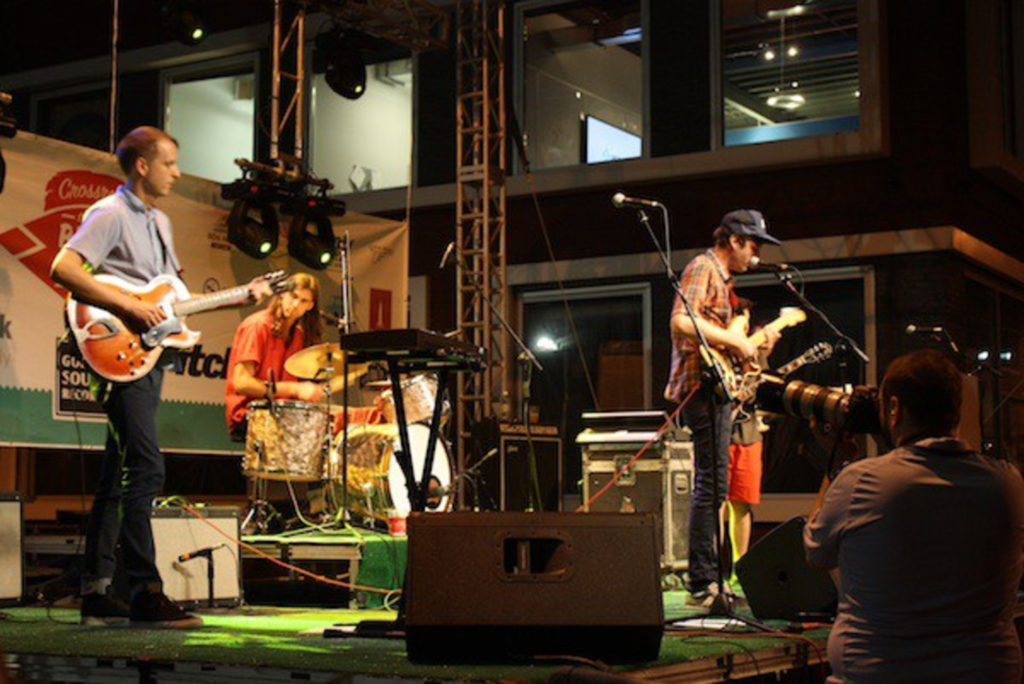 The influence of the Beach Boys and Beatles on the ACBs was immediately apparent when the members cooed into their microphones to upbeat and summery tunes. The foursome looked vaguely disheveled, as though each member had just happened to wander onstage at the same time and decided to jam. The result was an endearing and pleasant set, easy to sway and smile to. 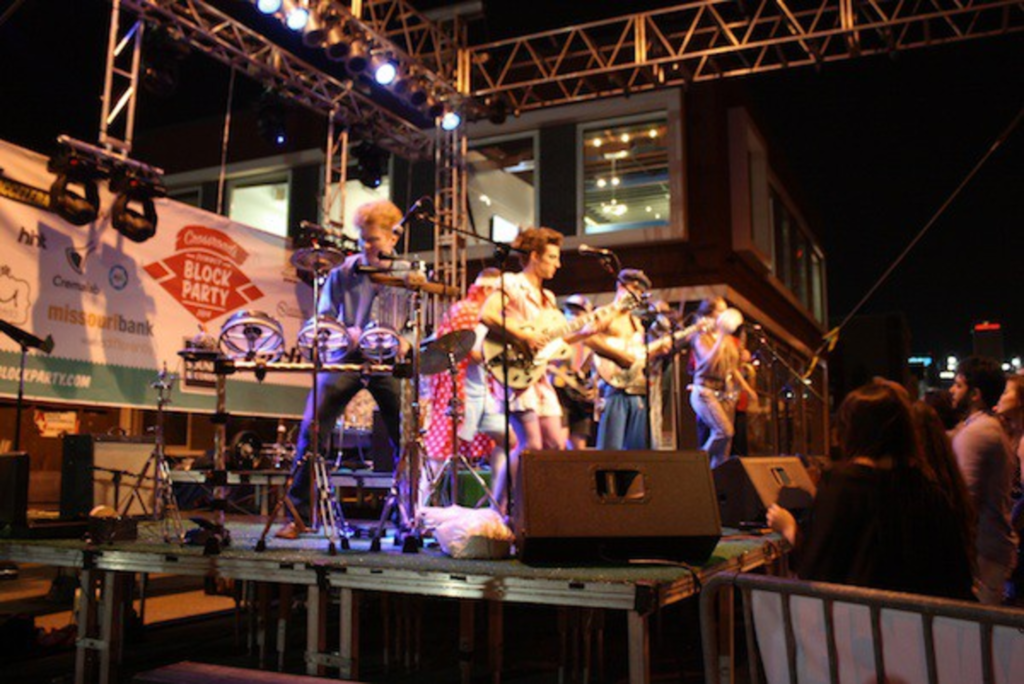 I had noticed the separate members of Metatone earlier in the night, not realizing they formed a singular unit – a surprisingly entertaining one. The spoken-word lyricism of J. Ashley Miller and hilariously serious percussion of Gary Miller were accented by the beret and the cape each rocked respectively. The rest of the group was just as eclectic: Miller’s father, the Gandalf-bearded fiddler, sported overalls and a straw hat; a back-up guitarist rocked a pink drive-in carhop dress. But regardless of what they were wearing, Metatone got the crowd dancing and vibing to its diverse, jubilant sound.

Forrester closed out the night with an ethereal set. The Lawrence group dabbles in synths and experimental electrics, and last night, those sounds transported the audience to a hazy space of soft vocals, achy chord progressions and buoyant percussion. The band gently closed the Crossroads Block Party and sent the crowd home on a buzz of good food, good weather and good times.