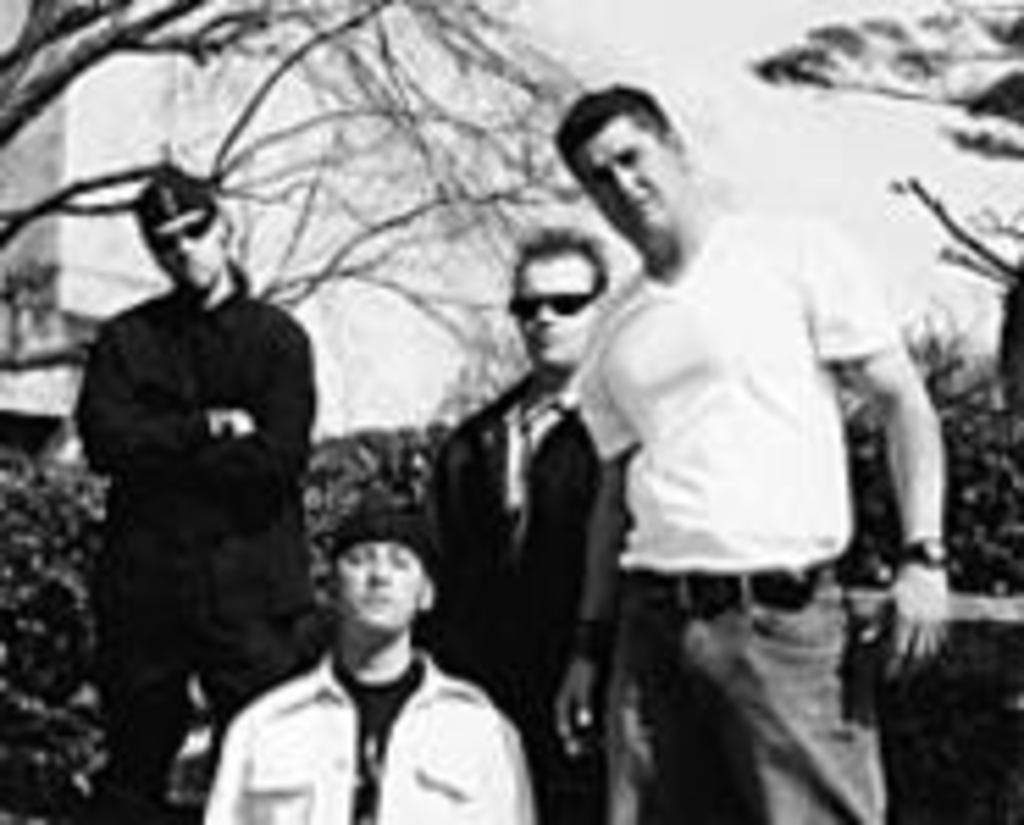 Many artists take offense at being compared with other musicians, blindly insisting that their music is completely original. But even though he once warned listeners that he might “Go ‘Nam on Ya” if provoked, Canvas guitarist Pauly-C won’t threaten anyone who likens his band’s latest work to platinum-selling, critically reviled acts. In fact, he courts such comparisons. “Our new sound is a little more laid-back, but it still rocks too, like Creed or Godsmack,” he says.

A few years and members later, the band has returned with a new (for Canvas, anyway) sound. “People used to think we were a rap-rock band, but we’ve matured a little,” he explains. Indeed, the introspective lyrics and slick radio-ready production of tracks such as “Sanity,” the first cut from Canvas’ freshly pressed label-bait demo, should appeal to an older crowd. However, Canvas’ makeover has as much to do with opportunity as it does with maturity.

“Having been in the band the longest, I have a different outlook — maybe a more commercial outlook — from the other guys in the band,” Pauly-C says. “I don’t think that hardcore, yelling stuff is going to turn any heads. It might work for playing shows around here, but we all have day jobs, and I want our material to have an honest and fair chance when we’re shopping it.”

That’s not to say that Canvas’ members listen to commercial radio in their spare time, but after spending seven years in Canvas with only a few demos and a string of concerts to show for it, Pauly-C decided to pursue a strategy based more on business interests than personal preferences. “Our bass player is into heavy stuff, and I know that frustrates him,” he admits. “But we have a nice medium where we all meet. The heaviest stuff we have might sound like Coal Chamber without the yelling, and that’s about as heavy as it’ll ever get.”

Coal Chamber, Creed, Godsmack — depending on where you come down on the nü-metal issue, this is either the lineup for a dream tour or the soundtrack to hell. But even if classic rock fans fail to see the merit of these anthemic newcomers, they’ll at least salute these groups — and Canvas as well — for failing to employ a rapping vocalist. “Did you notice that Ashton doesn’t do any of that white-boy rap stuff?” asks Pauly-C, clearly proud that his band dared to attempt a rock song without channeling the ghost of Tupac. “That’s one of the most impressive things to me, the fact that he can’t do it. He’ll even try to mess around in practice and do it, but it just doesn’t work for him, which is good, ’cause unless you’re really good at it, that stuff just all sounds the same.”

True enough, though the same could be said for purveyors of bombastic guitar rock. Which begs the question: Is Canvas really good at it? On demo, the answer appears to be yes, though the quality production from Paved in Skin’s Patrick McBride could mask any shortcomings. So far, local music fans have been responding well, requesting “Sanity” regularly on KRBZ 96.5’s weekly local music show and eating up the demos at shows. But for Canvas, the real answer would come in the form of a record deal — not necessarily a surefire prospect for a locally established group that’s reinvented itself for one last shot at the proverbial brass ring. Then again, another ostensibly local band recently went big-time with its altered sound, though its famous friend Fred Durst had quite a bit to do with that breakthrough.

“I don’t want to sound like the next Puddle of Mudd, which I don’t think will be repeated,” Pauly-C cautions. “That’s not the main thing. I like making music, and that’s what makes me happy. But at the same time, I don’t want to waste all this time and money just making me happy. I don’t want to say I’m just doing this for the record deal, but it wouldn’t be bad, either.”