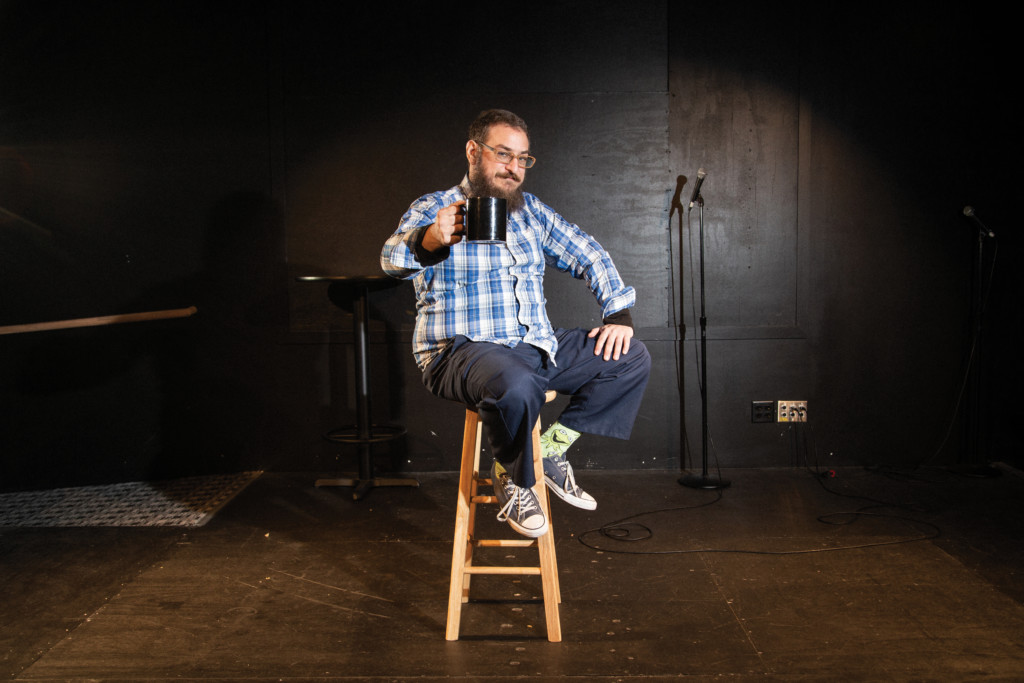 By Zach Bauman
“The clubs that try to prove themselves as funny, instead of trying to get rich out of the gate, are the ones that are still successful,” Kaufman says.

Upon hearing the name, you might assume it was chosen out of laziness, or perhaps Google searchability. But Dustin Kaufman says The Comedy Club of Kansas City, which he opened in May in the Watts Mill Shopping Center area, is a nod to the city’s history.

When Kaufman was thinking about opening a comedy club in KC, he says he searched the Missouri Secretary of State’s website to make sure he wouldn’t copy any existing names. It turned out that something called The Comedy Club of Kansas City was incorporated all the way back in 1915. It wasn’t a comedy club as we think of them today, though. It didn’t have a stationary venue hosting performers every week. Instead, it put on shows at some of the best theaters in town. The original Comedy Club of Kansas City had a good run, finally dissolving in 1965 after 50 years. Now, after another 50 years have passed, Kaufman is reclaiming the name. (The SEO doesn’t hurt, either.)

Kaufman, who has a contagious smile and deep laugh lines hidden beneath an unruly beard, is a comedy junkie; he’s spent the better part of the last 20 years orbiting the industry. Originally from Kansas City, Kaufman moved to Los Angeles in 2010, where he worked at Flappers Comedy Club. Over about four years at Flappers, he learned the biz: marketing, sound, tickets, kitchen work. When he moved back home, Kaufman took a job in sales but continued doing comedy, producing a mock late-night talk show called “Kauf Drops,” which ran weekly from 2014-2015 at the recently closed Uptown Arts Bar.

Eventually, though, Kaufman determined he needed to decide what he was going to do with his life. His goal in moving back to KC was to pay off debts, raise his credit, and eventually open his own business. He was working in the flooring industry and considered opening a specialty carpet store.

“But when it really came to the moment of, What am I going to do?, it just made sense for me to be in the [comedy] industry,” Kaufman says. “That’s what I’ve been doing for 20 years.” He decided to open a comedy club. 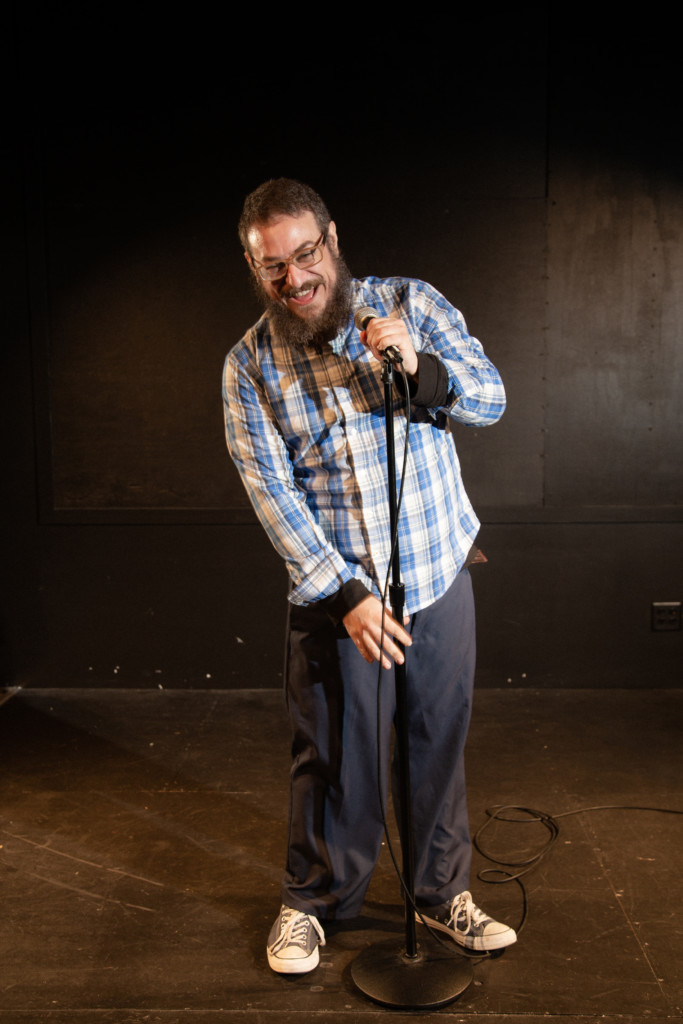 The goal was to get it off the ground in 5 years. It only took 3.

It didn’t hurt that Stanford and Sons, the long-running KC comedy club, closed down last year, following the deaths of Jeff and Craig Glazer, who ran Stanford’s for decades. But Kaufman says he’s not trying to replicate what Stanford’s did; he’s trying to do something fresher. “This venture started while they were still in business,” he says. “We want to rebrand comedy in Kansas City — to be the new face of comedy in Kansas City.”

He deliberately chose a sizable room — the space seats 250 — over a smaller, indie room because, Kaufman says, “Kansas City can be a hard critic. They want to support something that’s worth supporting.”

Hence, the bigger names he’s aiming to bring in. So far, the list of performers includes  Andy Dick, Andrew Dice Clay, Emo Philips, and Emma Willmann. Matt Braunger will perform at the club in August. But Kaufman recognizes that names alone aren’t enough.

“If you rely on name value — and only name value — to sell your tickets, you end up having to give away tickets the rest of the weeks,” he says. In preparing to open the club, Kaufman regularly asked club owners and working comics what they thought makes a club successful. The simple answer: Funny people.

“The clubs that would try to prove themselves as funny, instead of trying to get rich out of the gate, are the ones that are still successful,” Kaufman says. “And that was easy for me, you know, to book funny. I can book funny all day. And we are. We have regulars, people who are already here every week.”

Right now, the schedule calls for open mics on Monday, local showcases on Wednesday, and headlining acts Thursday through Saturday. They serve food and alcohol, and there’s no two-drink minimum. And Kaufman says he’d like to incorporate a sketch-comedy element into the weekend shows — perhaps some old-school, Second City-influenced sketches sprinkled in between the stand-up performances. For now, though, it’s about building up the audience.

“Our back row on Saturday nights are further back every week” Kaufman says, beaming. “You’re coming to see quality stand-up comedy. You’re coming to the comedy club — The Comedy Club.”

The Comedy Club of Kansas City