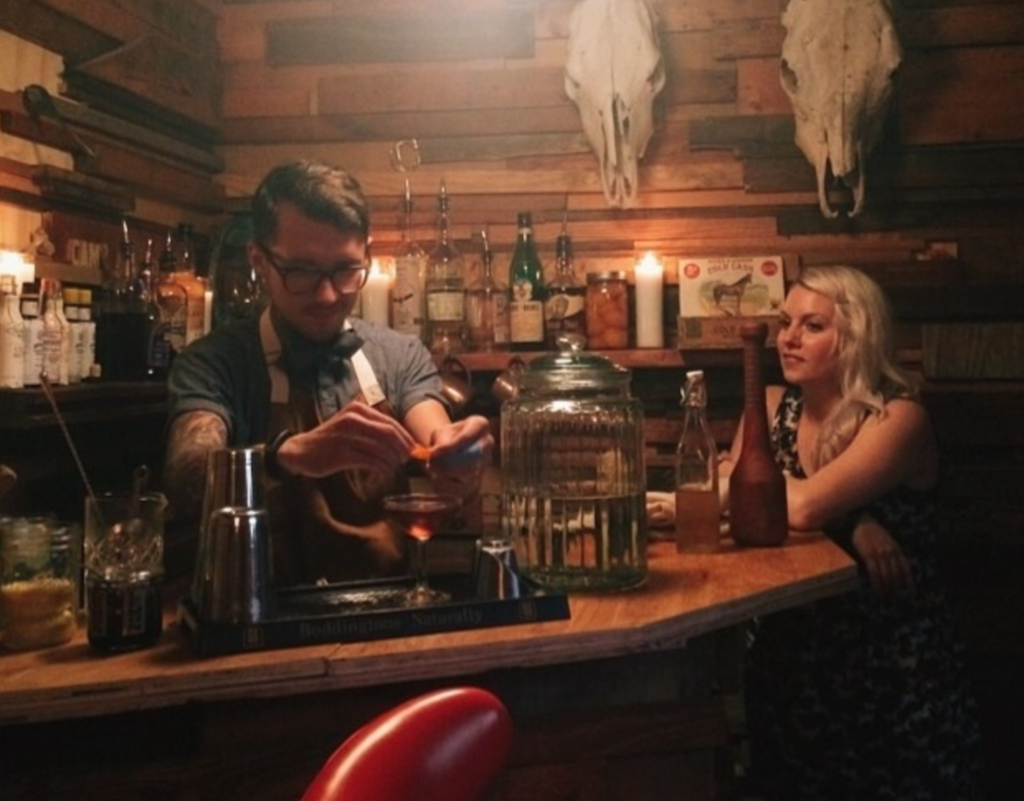 Christopher Ciesiel and Cristin Llewellyn have been entertaining guests in their backyard since 2011, when the husband-and-wife team built a bar in their shed and started stocking the booze. In the years since, Ciesiel has slowly built a reputation around his craft cocktails — thanks, in part, to a few off-site gigs and guest-bartending spots at local bars.

By the spring of 2016, Ciesiel and Llewellyn hope to make the Campground more of an official space. They’ve got their eyes set on a storefront at 6 Westport Road, on the corner of Westport and Main. To help raise funds for the brick-and-mortar business, the couple has turned to the popular crowdsourcing platform, Kickstarter. They set a goal of $20,000; with 10 days left on the campaign, the Campground is more than halfway funded.

Ahead of the pop-up fundraiser for the Campground on Saturday, July 25, at Morton Ballroom, I chatted with Ciesiel about the ups and downs of crowdsourcing and his plans for the bar.

The Pitch: You’ve got less than two weeks left on the Kickstarter, and you’re just over halfway to your goal. How do you feel?

Ciesiel: I feel pretty confident about it. I mean, if we don’t get it, we don’t get it, and we’ll have to work on a contingency plan — which we haven’t really thought of yet. But if we do make our goal, it would be fantastic. It’s already been super-flattering, how much people have been believing in us and supporting us. If we do meet our goal, we’ll be able to move a lot quicker on this. 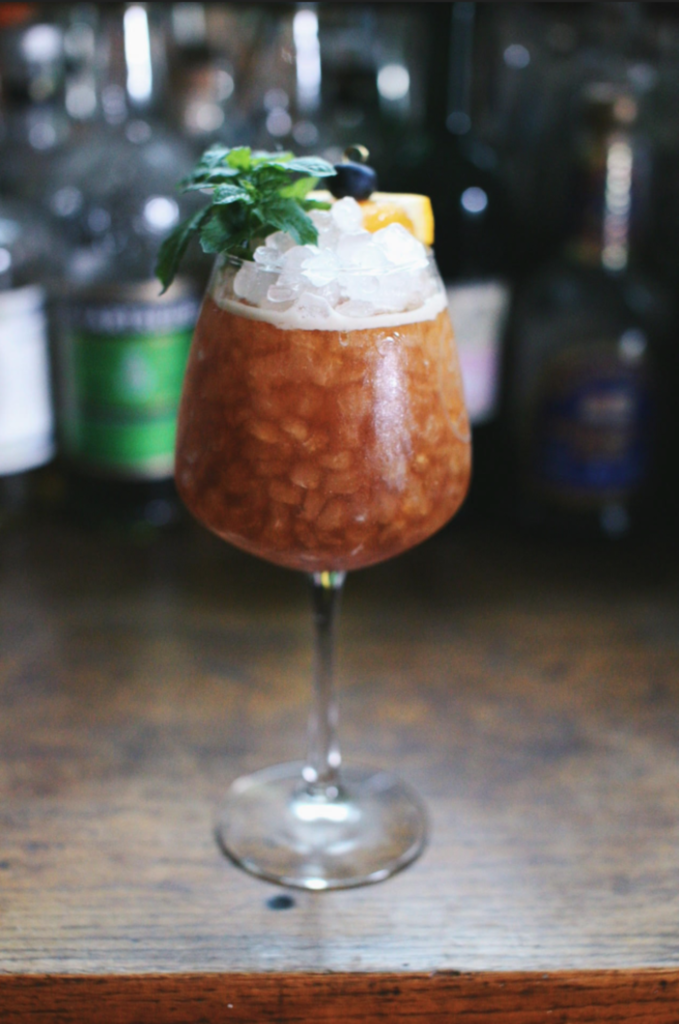 You’ve gotten a lot of feedback on the campaign, and not all of it has been positive. What have you taken from the criticism you’ve received?

This was kind of a really big deal for us. Any sort of crowdsourcing…. This was something I did not want to do at all. I was against us doing it. I don’t like taking charity, and I’ve always worked for what I received. But this has been one of those things where several of our close friends in town who had successful kickstarters in the past said, “There’s no shame in it. If you don’t get it, you don’t get it. Why not give it a shot?” And then we’ve had a lot of friends nationwide asking us, “How can we help you? Can we make donations? You should do a Kickstarter so that we can help you.” There were a lot of positive suggestions from friends and strangers, and they’ve come through and helped us spread the word.

On the flipside, all the negativity, it’s…. It is what it is. We have tough skin. I’ve been a nurse in the ER for the last four years, so I’ve been spit on, kicked, hit, all this stuff, so it takes a lot to really bother me. I couldn’t care less what people say in terms of negativity.

The funny thing is that we’ve been getting bashed because people don’t think that we know what we’re doing, or people who don’t think $20,000 is enough to open our own space. But we’re also putting in a lot of our own money, and I see this as no different than taking out a bank loan. In a bank, we’re paying back cash, and in this case, we’re paying back the community — in perks [on the Kickstarter] and helping out the KC economy. Having a business on the street is a good thing.

And really, without charity or loans, without people giving other people money, no one could pay for higher education or medical bills or open up a business. Who has $20,000 lying around? Who opens up a business without help? So the people who are negative, that’s their problem. We’re just going to have to prove the naysayers wrong. It’s just making us work a lot harder.

You and your wife, Cristin, both have full-time jobs and a newborn. Having a storefront for the Campground is going to be a huge adjustment, right?

It’s definitely going to turn our lives upside down, that’s for sure. We have a two-month-old daughter along for the ride with us, and so far, I think that’s been the most stressful part — having to readjust our comfortable lifestyle, because this is what we’ve been used to. But Cristin and I have been talking about doing something on this level for a long time, and we both have so much fun when we’re doing an off-site event or something in our backyard.

We’ve learned a lot in the last four years. Granted, operating a brick-and-mortar bar is a lot different than operating something in your backyard, but we’re going to keep it small. Basically, the space that we want fell into our lap. It’s super-tiny, and it’s going to be very manageable. We’re not getting in over our heads with this. And we really love doing this — we love to entertain. I always say the drinks come second: Making friends out of strangers and building a community, that’s what it’s always about.

With that being said, our shed is small. Our new space is going to be small, and we’re going to keep it that way. We have a lot of great people on our side who have been in the industry for a long time, in management and in bars, who have been an amazing resource. People who I never would have expected to have our back do, and it’s very overwhelming in a positive way.

Will you continue to operate out of the backyard shed once the official space is open?

At first we kind of thought we might not, especially having a kid around the house. At the same time, I think it would be kind of fun, something even more special to offer people. You can come to our small official bar or come to our really small backyard shed and have an even more personalized good time. We’re still talking about it, but I think we are going to keep it going — just not as often as we have in the past. In the past, we’ve tried to do something once a month.

Tell me about the hours you’re envisioning for the new bar.

We’ll probably get a lot of people making fun of us for this, too, but we don’t want to be a super-late place. We don’t want to be open until 1:30 or 3 in the morning. We’ve been talking about our hours and researching places around the country that do something similar to what we want to do, and they’ve had great success keeping hours from 3 to 10 or 3 to midnight. We’ll try to do something like that, to keep it manageable and on the safer side and test the waters a bit. We don’t anticipate it being open past midnight for at least the first while, and it’ll probably be a Tuesday through Saturday operation. 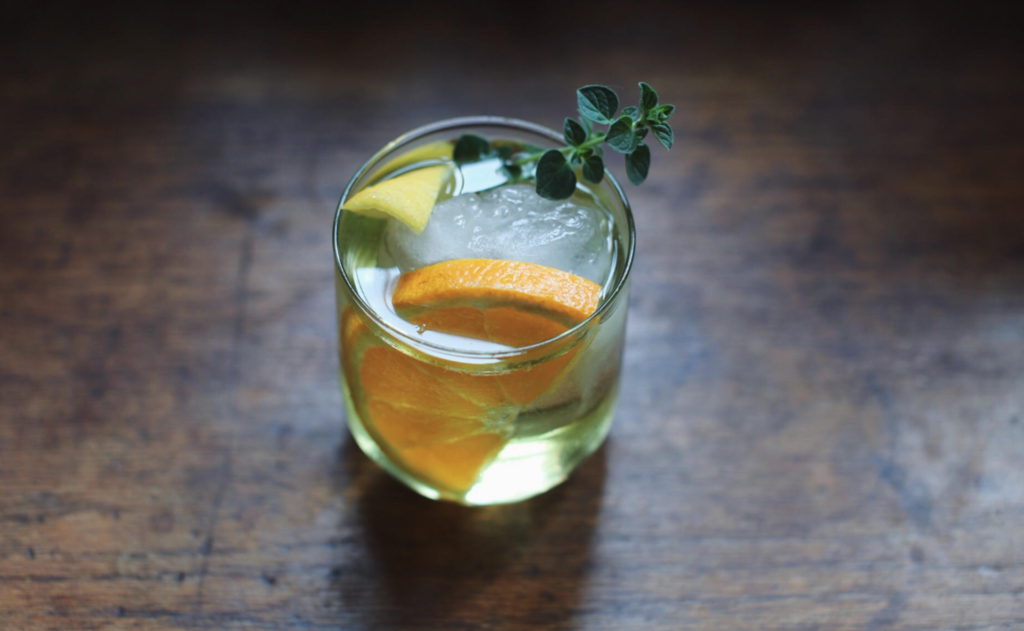 You can visit the Campground Kickstarter page here. For more information on Saturday’s pop-up fundraiser at Morton Ballroom — where all the proceeds go directly to the Kickstarter campaign — go here.