The Buzz stole Xmas, and Glass Animals, Bleachers and Banks gave it back Saturday at the Midland 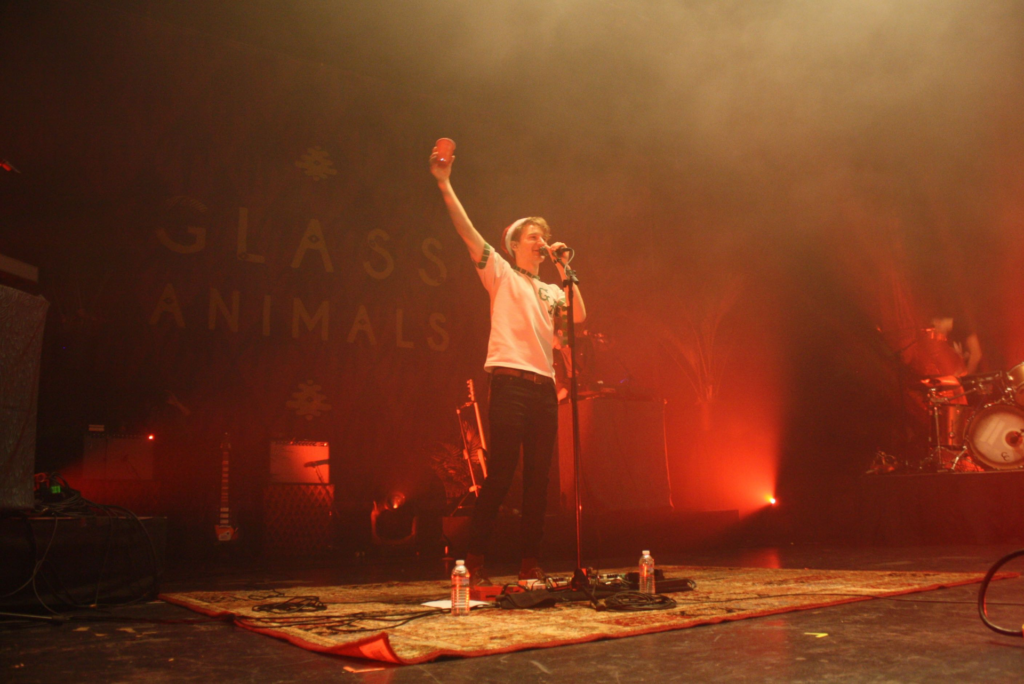 For everyone in attendance at the Midland on Saturday, Christmas came a little early. Night two of the 96.5 the Buzz’s annual “The Night the Buzz Stole Xmas” show featured a well curated lineup with Outsides, Misterwives, Banks, Bleachers and Glass Animals. 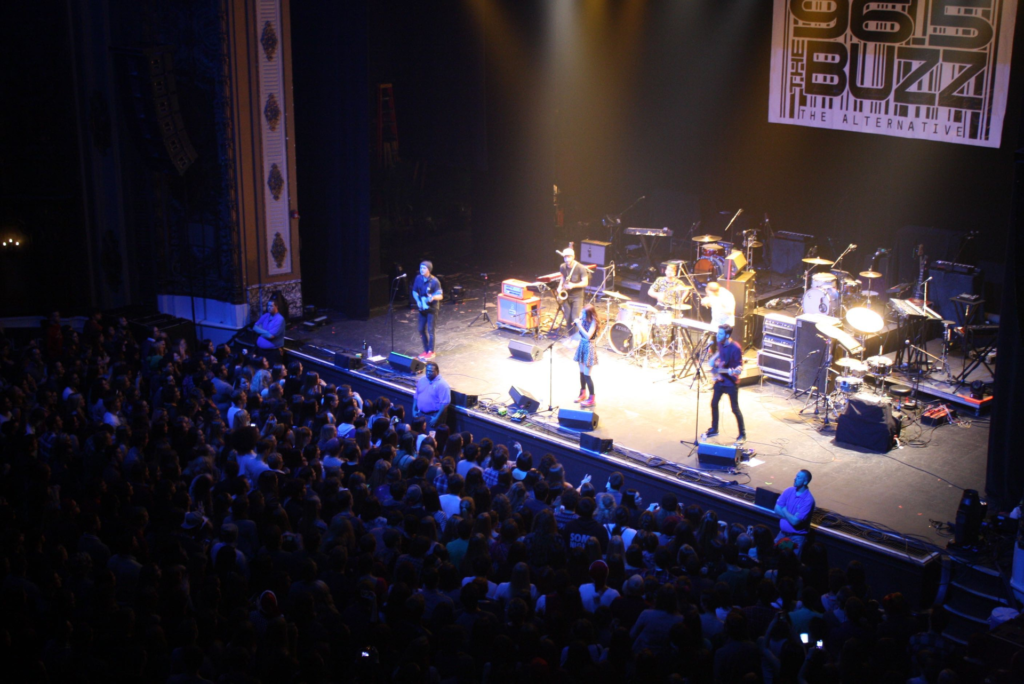 New York’s Misterwives kicked off the evening with a high-energy set that proved pretty infectious. Lead singer Mandy Lee raced across the stage clad in neon pink Doc Martins with a tambourine in hand. A graduate of LaGuardia High School, her formal voice education was evident with the ease she delivered the catchy “Imagination Infatuation” and “Vagabond.” 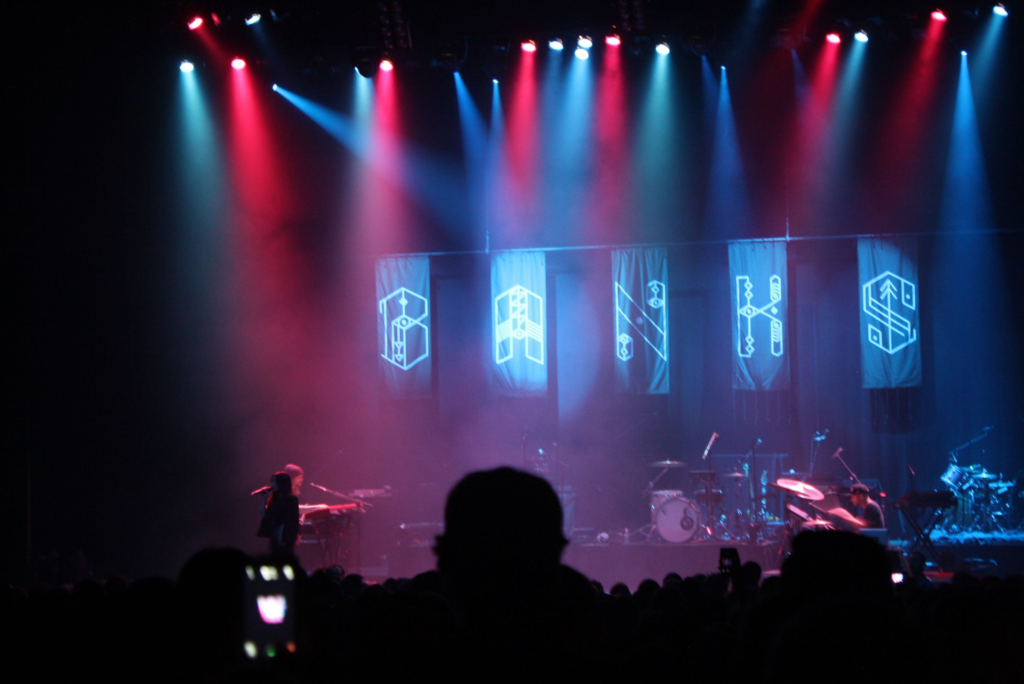 Banks took the stage in a murky swirl of red-lit fog and mystery. The L.A. native brought to life all the angst her songs carry, and between the gloom of her music and the sexy light designs, Banks created a seductive and brooding ambience in which to stalk around in.

“I think every single woman is a fucking goddess,” she said as a preamble to her song “Goddess” off of her recently released eponymous album. She certainly acted the part on Saturday night. 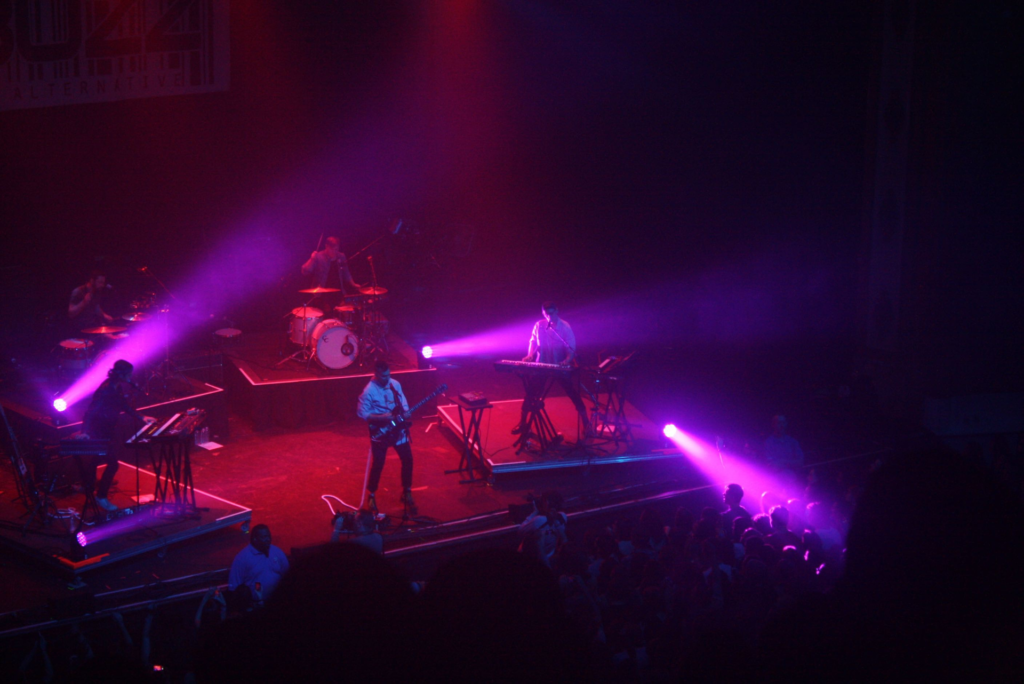 Bleachers erupted onstage with a no-nonsense attitude concerning the business of having fun. The five-piece band was polished off with two drummers – an apparent ode to the Allman Brothers Band, according to lead singer Jack Antonoff. Saxophone solos rolled off the stage, delighting the crowd, and “I Wanna Get Better” had the entire theater singing along. 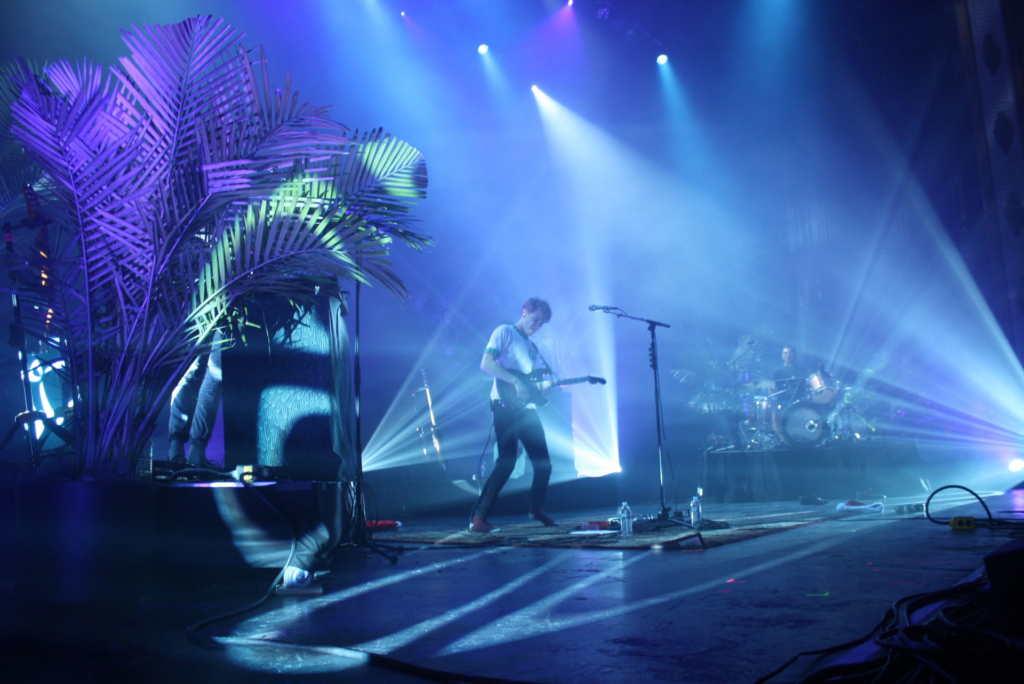 But the act most people were there for was Glass Animals. The British four-piece was in town in July, when they performed two delightfully sold-out shows at the Czar Bar and Riot Room; even then, they had seemed to need a bigger stage. They got it in September, when they performed at the Midland; the band’s second time at the same venue was just as warmly received.

The Midland’s closed curtain only heightened the anticipation of the waiting crowd. When the curtain finally rose, it opened the band, spread out over three platforms and a hearth rug. Palm trees sheltered the band from either side, giving things a pseudo-tropical feeling. A highlight of the set came during the band’s hit, “Gooey,” as the entire crowd was undulating to the trip-hop beat and lead singer Dave Bayley heard his lyrics sung back to him.

An encore was demanded, of course, and it was duly delivered in the form of a cover of Yeezy’s “Love Lockdown” and an electric finish with “Pools.” As the evening came to an end and concertgoers filtered out of the theater, it seemed that even the chilly December air seemed a little warmer for all the good cheer.

Leftovers: Unfortunately, I didn’t get to the Midland in time to catch the first act, local synth-pop band Outsides. I’m sad about it, especially after listening to their tracks here.

Peep our review of the Glass Animals at the Czar Bar here.

EDITOR’S NOTE: Thanks to the commenter below who pointed out our original errors. We have updated this post since publishing to reflect the corrections.