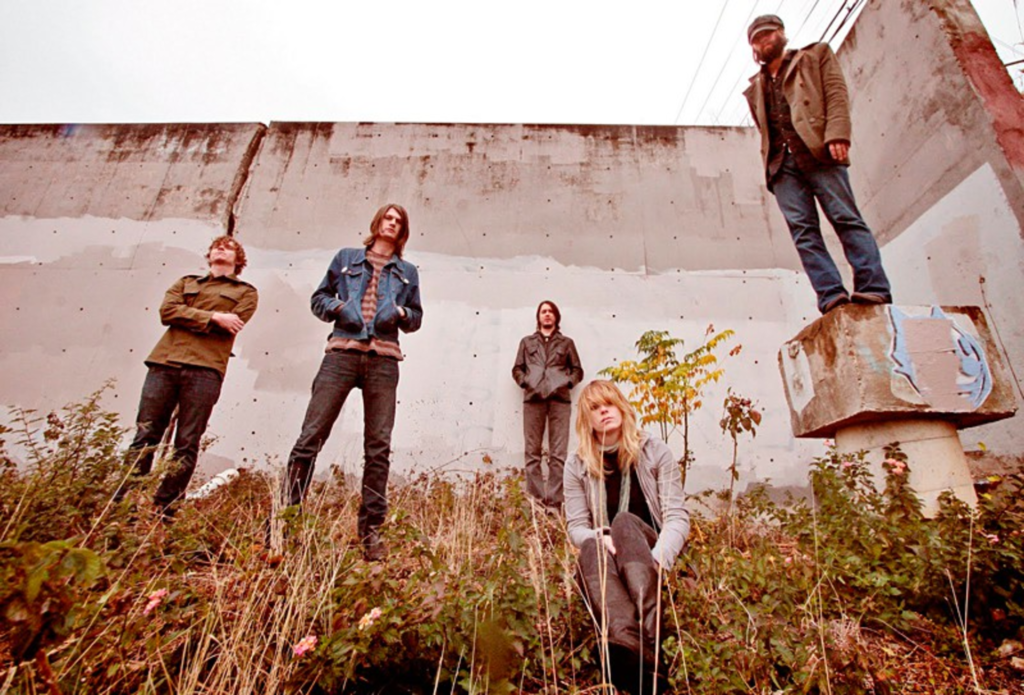 It’s easy to imagine the Black Angels recording in a hot, windowless Texas basement in midsummer. The Austin band’s languid, throbbing garage-psych swelters, all claustrophobic, with wall-to-wall guitars that buzz and snake like severed high-tension power lines. The Velvet Underground inspired the Angels’ sound as well as the band’s name (“Black Angel’s Death Song”), but the gloomy narcotic hum that swirls and descends through the music does more than pay homage. The band’s third release, Phosphene Dream, inhabits the same hazy, distortion-benumbed environs as its predecessors, though the amps aren’t as overdriven, affording space for thick-rutted grooves to
luxuriate. Producer Dave Sardy (Marilyn Manson, Jet) told the Black Angels that he wanted to record “the most psychedelic record of the new millennium,” and with his prodding, the band came away with its most accessible, well-crafted album to date. The blissed-out sound is suitable for more than just zoning out; it’s something worth listening to.