The best wing on the planet is at Q39 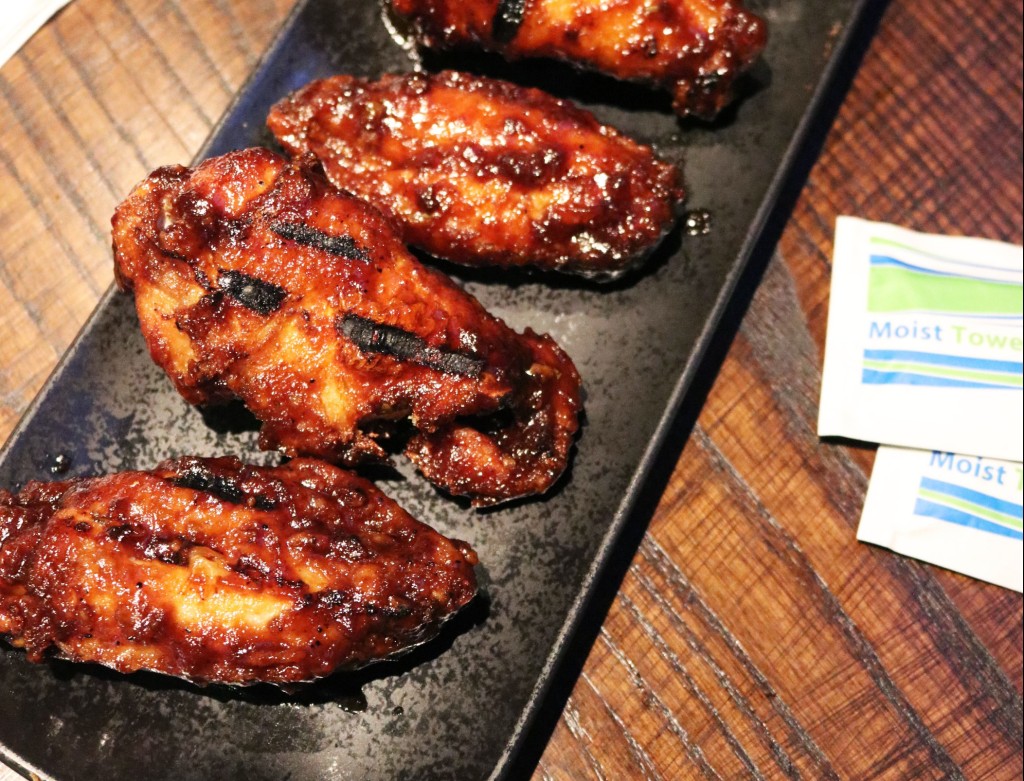 The best wing on the planet is at Q39. // Photo by Tyler Shane

When patrons walk through the door of Q39, one of Kansas City’s most notable barbecue restaurants, their senses are activated immediately. The smokey aroma of open fire begins to provoke the tastebuds, along with the smell of sweet barbecue sauce and cuts of savory and juicy meats.

This tantalizing preface to the diner’s experience acts as the ultimate amuse-bouche—a teasing of the senses and stimulation of the appetite.

Once guests arrive at their table and open up the menu, their eyes are sure to bulge when seeing that the Best Wings on the Planet are listed as an appetizer.

For the first course, Q39 chose to not serve humble pie. This daring and boastful title may feel like a challenge many can’t help but indulge in. The claim may have diners desiring to throw on a black cloak and arm themselves with a gavel in preparation to serve harsh consequences if necessary.

But Q39 sets the bar and manages to disrupt any initial idea of what the customer thought they wanted. Most likely, they didn’t want anything crazy as a starter. But inquiring minds want to know—how good can these chicken wings be to make Q39 propose such certainty?

The wings arrive at the table as a mix of drumsticks and flats coated in a beautiful, dark, shiny glaze. They are served with little packets of hand wipes and the unspoken Midwestern invitation to get messy. One bite into the daringly confident wings and, already, multiple textures are experienced.

The skin is a crispy, caramelized barrier to a tender, meaty inside. The first impression does not disappoint. Then, an ocean of flavors begins to wade in as one experiences smoke, tang, spice, heat, and sweet. The Best Wings on the Planet begin to feel like a deserved title, and the bare bones left on the plate serve as evidence of satisfaction.

Q39 is not just a barbecue joint but a chef-driven restaurant, and their famous appetizer testifies to this mission.

Naming a common dish with such a bold assertion is rightly earned after the labor-intensive process behind it. To begin, jumbo wings are purchased whole, butchered in the kitchen, and marinated in a special brine overnight. The brine helps to infuse an initial layer of flavor as well as preserve moisture. The next day, the wings are lightly breaded in flour and sent to be partially cooked in the oven. And that’s just the preparation.

When the Best Wings on the Planet are ordered, they are fried quickly, developing the crispy outside layer even further, and are immediately smothered in a house-made chipotle barbecue sauce.

From there, they are thrown on a live oak fire grill. This is where that little kick of smokiness is cemented in as it only takes seconds for the live oak flavor to make its impression on the wings. The fire also caramelizes the chipotle sauce, adding additional crunch to the exterior. The wings are tossed once again in the chipotle sauce and plated to serve.

The chipotle barbecue sauce is made fresh every day. It’s subtle on the tastebuds, delivering mostly heat. Timing is of utmost importance to creating such elevated wings—not only during the baking, frying, and grilling but in the acknowledgment that drumsticks and flats must be cooked separately due to the difference in thickness. This practice ensures consistent quality with each order.

After devouring the wings, the ritual of using the accompanied hand wipes ensues—a procedure that feels like the chef’s discreet way of saying, “Pretty damn good, huh?”

In the words of Q39 Chef Philip Thompson, “That, to me, is the joy of great barbeque—you’ve got the stickiness, you have to hold it in your hands, it’s all over your mouth. That’s when you know got a good wing.”