The Arts Asylum is bringing art to underserved areas of the city: Best of KC 2019 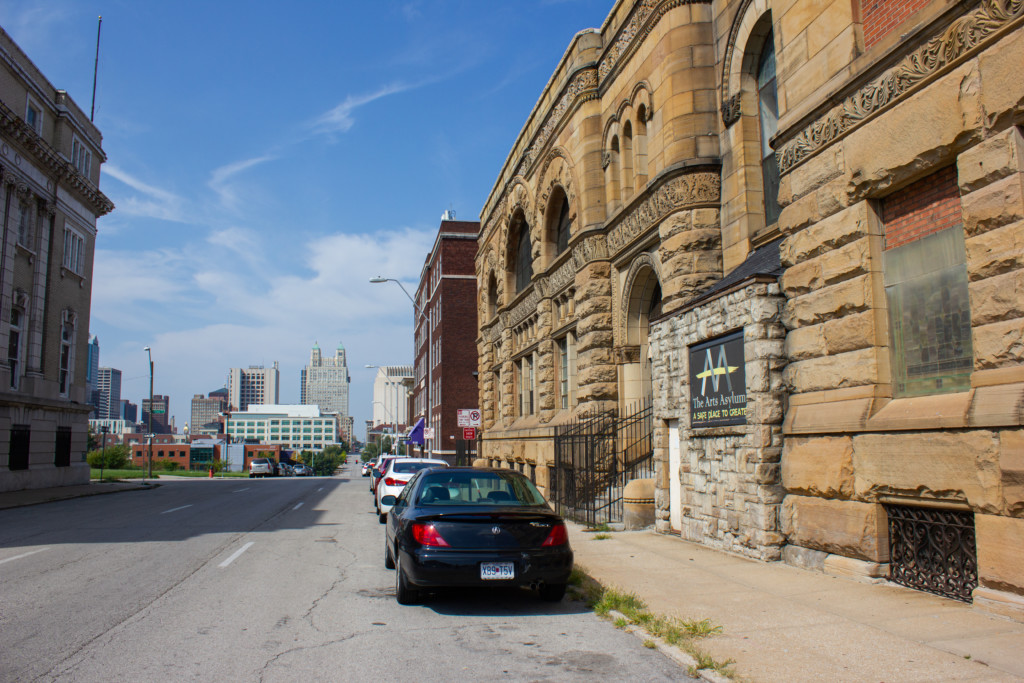 Creative projects are spilling out of the Arts Asylum at Ninth and Harrison. // Photo by Kelcie McKenney

Since 2011, the nonprofit theater and arts organization the Arts Asylum has been doing things a little differently. It started with the address: founders Alex and Courtney Perry gambled on a beautiful 130-year old building at Ninth and Harrison, an area of the city that hasn’t yet been gentrified into a haven for small-batch distillers and Instagram murals. To say the building needed work is an understatement. It wasn’t set up for a theater; the space had formerly housed a Calvary Baptist church.

Eight years later, it’s hard to imagine the ornate stone building was ever anything else. Successive rounds of renovations have transformed the church nave into an accessible 200-seat theater; traded wooden pews for legit, raked seating units; and softened booming church acoustics with mosaic-tiled sound baffling. The organization has added a performing arts classroom and ample cheap studio space for visual and performing artists. Recently, the lobby and office spaces have had a glow-up, too.

The changes weren’t just aesthetic. Over the past few years, the Asylum’s community offerings have snowballed. The nonprofit partnered with neighbor reStart to add an arts education program for kids experiencing homelessness. It has also added acting master classes, monthly readings of new plays, and workshops on topics like social justice in theatre. Local artists have taken note. Multiple small theaters are now resident companies at the Asylum, including Faust Theatre and The Barn Players. In September, the theater hosted a new production of Jesus Christ Superstar, a collaboration with former KC Rep associate artistic director Kyle Hatley. And next year, the Asylum is producing the musical The Boys in the Band under the direction of Darren Sextro, a veteran actor/director and core member of the Kansas City Actors Theatre. So, cheers to the Arts Asylum for getting bigger and better each year—and spreading the love to an underserved part of the urban core.