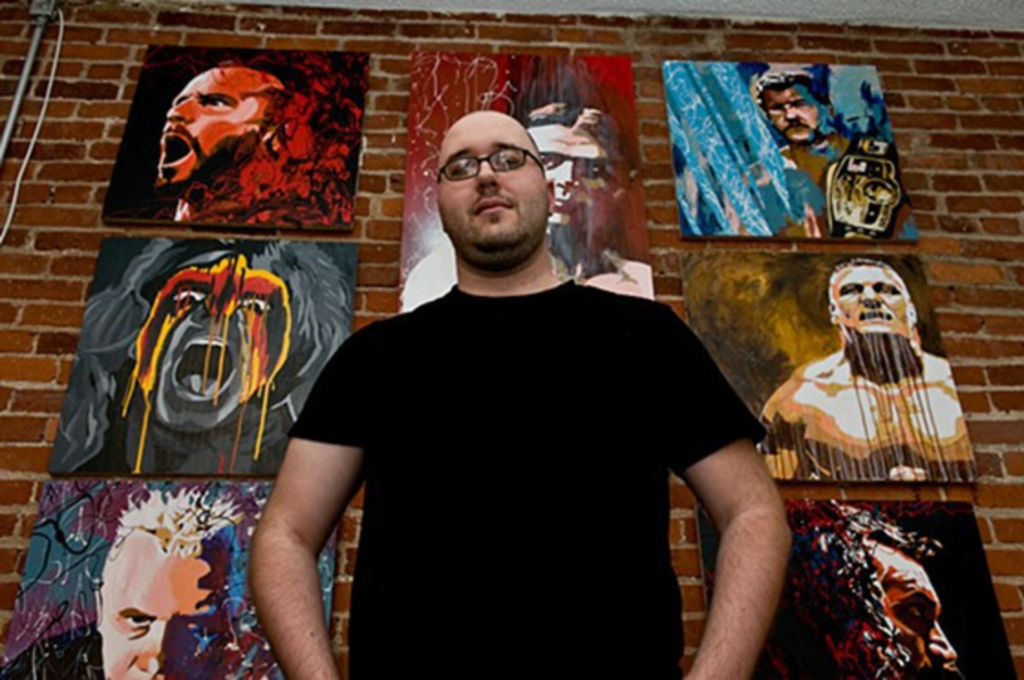 By Rob Schamberger’s count, pro wrestling has crowned 208 world heavyweight champions. And by the time he finishes painting all 208 – and there will likely be more champions by the time he’s done, he’ll probably wish there were fewer.

“When Colt Cabana beat Adam Pearce, I was like, Oh, Jesus – 209,” Schamberger says. “Then I saw that he’d held it before, so that was good.”

The idea came, says the 32-year-old Kansas Citian, in a temporary “moment of insanity.” His vision: Paint every world champion in pro-wrestling history, from Hulk Hogan to Georg Hackenschmidt to … David Arquette? (The actor won World Championship Wrestling’s world title in 2000.)

“When I announced the project, one of the first questions I got … was, ‘Are you actually going to do David Arquette?’ And I’m like, ‘I said I’m doing all of ’em.'”