The Apprentice: In Eric Greitens, Missouri has a Trump (and a Trump problem) of its own 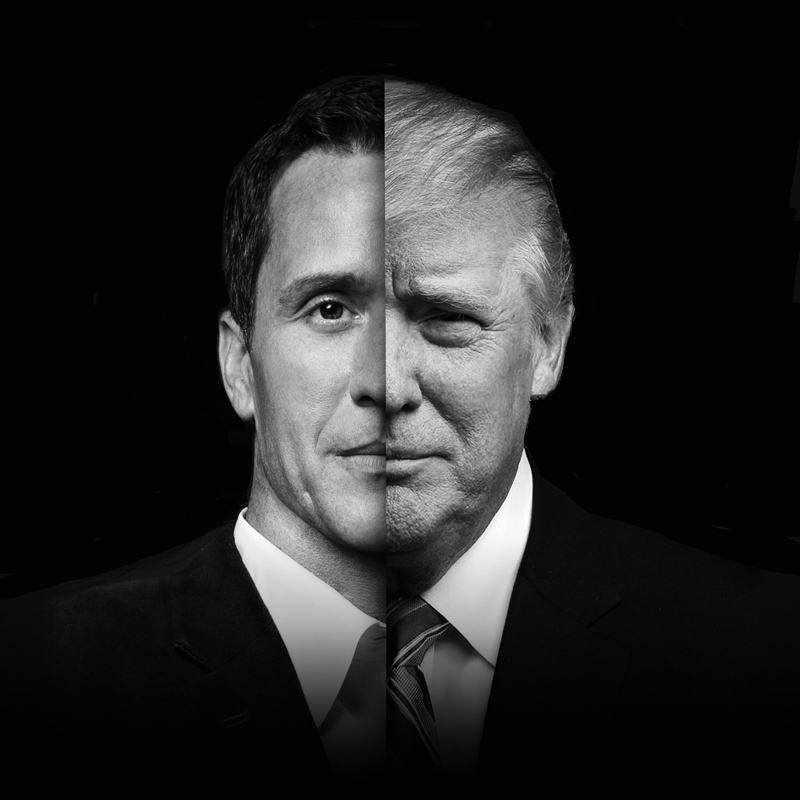 Here’s Missouri’s new governor in D.C., hobnobbing with the super-rich and the famous. Here he is in his state Capitol, berating lawmakers of his own party. Now he’s down in southern Missouri, bashing “insiders and politicians” while shamelessly politicking. He’s on Twitter. He’s on Facebook.

If the frenetic pace and the scorched-earth tactics read like pages torn from the playbook of Donald J. Trump, that’s no accident. When Greitens looks out of the north-facing windows of the governor’s mansion in Jefferson City and beholds the polluted waters of the Missouri River, he can hardly fail to be reminded of the Potomac. And if a slovenly real estate magnate and reality TV star can disrupt his way to the White House, well, why shouldn’t an ultra-disciplined ex–Navy Seal turned GOP governor?

Look closely at a week in the early gubernatorial life of Gov. Greitens, and you can’t miss the Trump-lite aspects of his young administration.

On January 28, a Saturday, we find Missouri’s dashing chief executive in the nation’s capital, attending a black-tie dinner hosted by the Alfalfa Club — described by The Washington Post as “the most insidery bastion of inside Washington.” Greitens relentlessly promotes himself to Missourians as a “conservative outsider,” but he’s not about to pass up the chance to mingle with Vice President Mike Pence, first daughter Ivanka Trump, Amazon founder Jeff Bezos and some 700 other elites. Trump took a pass on the dinner, but his rise to power set a liberating precedent for Greitens and others: You can talk like a populist and dine like a billionaire.

Two days later, back in Jefferson City, Greitens demonstrates his grasp of another Trumpian principle: Reporters are the enemy. For weeks the governor has deflected questions about the source of donations that financed his inauguration festivities. He has refused to disclose the salary of the person he’s hired as his chief operating officer. And there’s no telling who paid Greitens’ transportation costs to the Alfalfa Club event.

On the Monday after his D.C. party, Greitens announces a press conference to talk about problems at a residential care facility. But the notice adds, “Questions unrelated to this situation will not be answered.” Seriously? As Missourians well know, Greitens served multiple tours of duty in Iraq and Afghanistan. Who’d have guessed he’d dive for cover at the prospect of a few impromptu questions from the statehouse press corps?

Later that evening, Greitens is back in fighting form. For a brief window, it appears that members of the state Senate might enact an automatic pay raise for elected state officials by recusing themselves from voting on a resolution to kill the increase. The governor springs into action. It may be OK for him to accept millions of dollars of campaign money from unnamed contributors, but Missouri lawmakers will not — no, sir, not on his watch — raise their salaries by $900 a year.

Greitens begins his public objection with a tweet. Sound familiar? Then he sets up a command post in the office of Senate President Pro Tem Ron Richard and begins summoning senators individually to read each the riot act.

Somewhere out there, the grinning visage of former Democratic Gov. Jay Nixon rises from the steam of a coffee mug and whispers, “Miss me yet?” Aloof, cagey and sometimes bumbling, Nixon was hardly beloved by lawmakers. But at least he never hauled people in for sanctimonious ass chewings as cover for his own shaky ethics.

About those raises: They were recommended by a commission and would have brought legislative salaries up to $37,733 a year. The timing is bad — state workers are about to go another year without a raise — but there’s a good argument to be made that better pay might lead to better lawmaking and less grubbing from lobbyists. Greitens and other statewide office holders would have received pay raises of 8 percent. For the governor, that would have meant an additional $22,000 a year — chump change when you’re on the list at the Alfalfa Club.

The governor continues his social media assault the following day, using Facebook and Twitter to call out the two Republican senators who exhibited the temerity to vote in favor of a pay raise. One of them, Denny Hoskins of Warrensburg, finally took to Twitter to announce he was praying for Greitens. (No comment yet from the Almighty.)

Ah, but it’s only Tuesday. Greitens still has the better part of a work week to further demonstrate his mastery of the Donald J. Trump school of executive leadership.

That is, he fires somebody.

Missouri state parks director Bill Bryan gets the boot after seven years on the job (and less than a year before his scheduled retirement). “There was no explanation offered and I didn’t ask for one,” Bryan tells The Springfield News-Leader.

Then Greitens indulges a little offhand cruelty. He travels to Nixa, Missouri, on Thursday to unveil his long-awaited budget package for the next fiscal year. While regaling a crowd at an early childhood center with bold talk about taking on the “politicians and insiders who have been screwing up our budget for a long time,” he neglects to mention that 20,000 disabled Missourians will lose in-home care and nursing-home services if the Legislature adopts Greitens’ budget. Colleges and universities would also take a major hit.

Of course, Greitens blames Obamacare. Of the nearly $700 million budget shortfall he’s been confronted with, $350 million is “required by Obamacare,” he tells the people of Nixa.

But that’s not really true.

Experts say most of the increases Missouri is experiencing in health-care costs aren’t a result of the Affordable Care Act. Not that blaming Obama has done anything but build Trump’s brand.

It’s also working for Greitens, Missouri’s own Donald Trump — with hair that doesn’t require medical intervention and, of course, that commando physique. Each fancies himself a one-man wrecking crew, out to smash the existing power structure and create a new one with himself at the center. Both can obliterate. Neither has yet shown an interest in building.