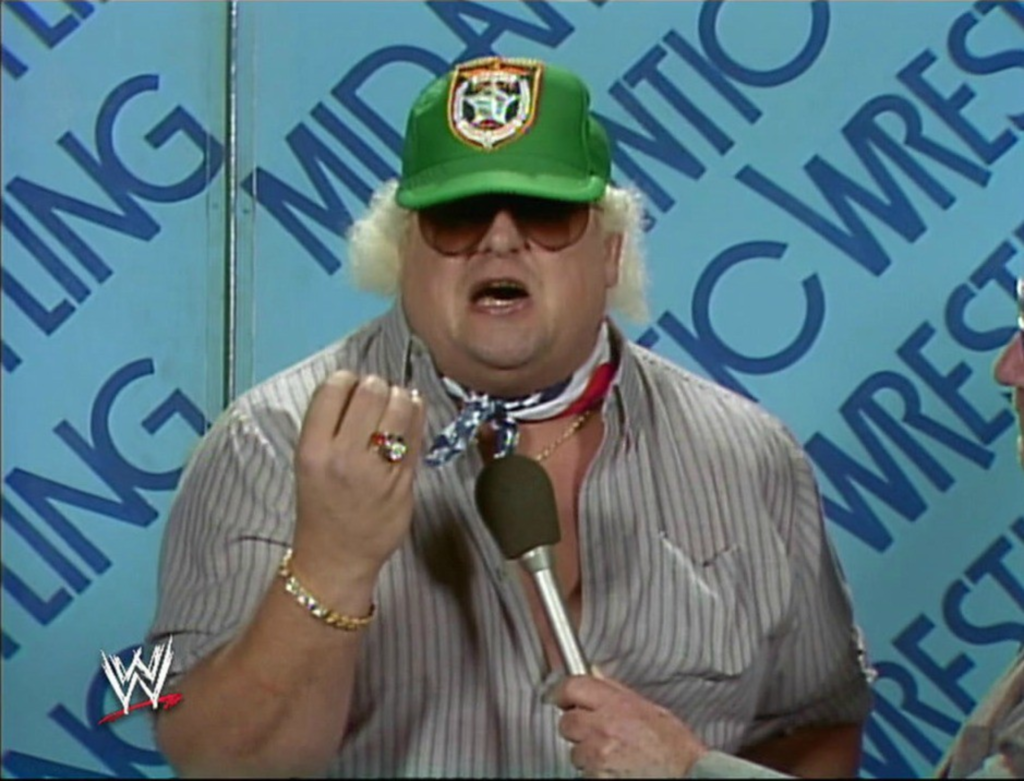 “The American Dream” Dusty Rhodes, the silver-tongued professional wrestler, has died at the age of 69.

Rhodes (real name Virgil Runnels Jr.) was by far the best talker that the business had ever seen. Rhodes was a fixture on the biggest circuits — WWE, WCW, NWA, AWA, Mid-Atlantic, Florida Championship Wrestling — and he frequented the Kansas City territory.

In the 1980s, Rhodes character spoke for the “common man” as the “son of a plumber.” His tongue sold his matches, and he told an everyman, notably in his masterpiece interview about “hard times.”

There were others — too many to count — but here are a few that will take you down a nostalgic wormhole (and make you wonder about 1970s and ’80s fashions).

WWE is deeply saddened that Virgil Runnels, aka “The American Dream” Dusty Rhodes — WWE Hall of Famer, three-time NWA Champion and one of the most captivating and charismatic figures in sports entertainment history — passed away today at the age of 69.

Runnels became a hero to fans around the world thanks to his work ethic, his impassioned interviews and his indomitable spirit. Moreover, Runnels was a dedicated father to WWE Superstars Goldust (Dustin Runnels) and Stardust (Cody Runnels), a caring husband and a creative visionary who helped shape the landscape of WWE long after his in-ring career had ended.

The Wrestling Observer reported that Rhodes “had a fall at his house earlier Thursday, his kidneys were shutting down and he started to get dehydrated.” No other details have been given at this time.

As a fan, this one hits close to home for me. Three years ago, an ex-girlfriend found a sick dog near Case Park. She came home and told me about this dog, so I went out to see if I could help him. It was March, and I found him lying on the snow-covered ground along a fence line. He was too sick or tired to move but thumped his tail when sweet talked. I immediately wanted to call him Dusty, after Rhodes’ famous “kings and queens” promo in which he talked about living on the streets and eating pork and beans and rising up to dine with kings and queens. I ended up visiting the dog every day at the shelter until he was cleared for adoption. Of course, I named him Dusty Rhodes.