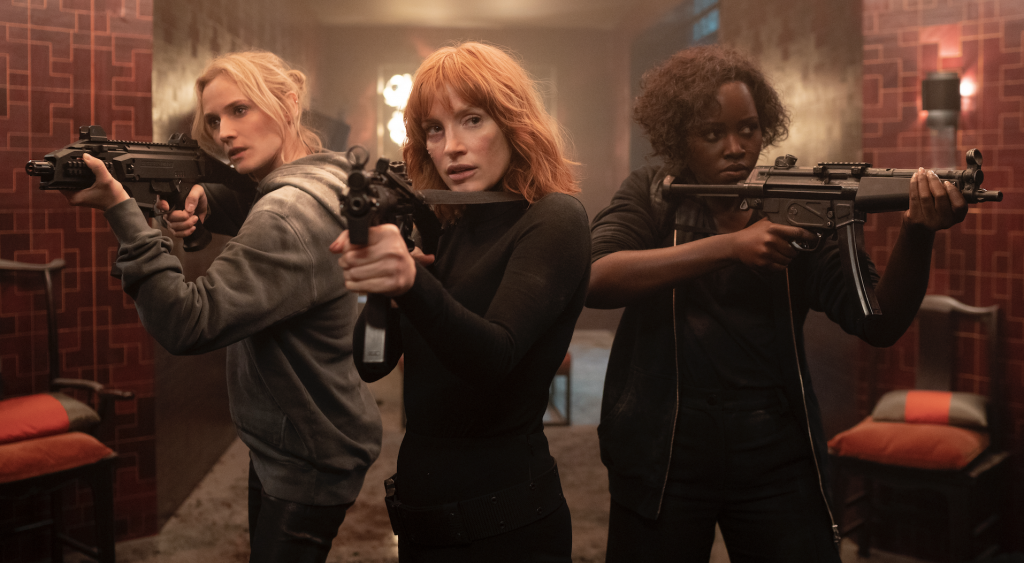 While serving on the Cannes jury in 2017, Jessica Chastain noted something disturbing. Out of the 20 films she saw, she was dismayed by the utilization and representation of women. The experience lit a fire in her to spearhead a film that was mostly forgotten about at the time: a large-scale female-driven spy ensemble.

Unfortunately, the nugget of an idea inside Chastain’s head has turned into The 355, a film so flimsy and shoddily made that it’s destined to only be remembered for how often people will find it in the $5 bins at Walmart. Instead of providing the stacked talent with an engaging story, the Simon Kinberg-directed film goes the blandest road imaginable.

During a drug bust, Colombian agent Luis (Edgar Ramirez) discovers a hard drive that could bring about World War III. Unsure of what to do, he contacts the CIA, Columbia’s DNI, Germany’s BDN, and just about every other governmental agency imaginable in hopes of selling the device.

Naturally, armed with the best of intentions, each encircling group frantically tries to acquire the dangerous piece of tech.

Meanwhile, Bingbing Fan’s mysterious agent Lin Mi Sheng works in the shadows, with an uncertain agenda of her own.

There’s never a beat that feels earned or fresh as The 355 jumps from country to country, loosely stitching together 1001 cliches in the process. The script penned by Kinberg and Theresa Rebeck is riddled with clunky dialogue and trite machinations. The 355 is filled with barely comprehensible action, a bare-bones plot, and around 72 double-crosses.

It’s the kind of movie that hopes people cheer merely at the fact that women occupy all the lead roles. That feels like a gross misinterpretation of whatever Chastain was originally going for. Simply put, she and her co-stars deserve better.

To that end, it should be noted that Chastain, Nyong’o, Kruger, and Cruz never phone things in, throwing themselves into each hairy situation with gusto that far exceeds the filmmaking around them. Out of the quartet, it’s Kruger who stands out, practically demanding someone get her a legitimate action franchise pronto. There’s good work under the surface here, you just have to dig a mile or so to find it.

Part of The 355’s problem is similar to what plagued 2018’s Ocean’s 8: assembling a group of talented women to bring a female perspective to a genre traditionally male-oriented genre gets diluted when their voices are overseen by a man. That behind-the-camera issue crosses over into the film itself, as The 355’s story hinges on its female characters’ connection to the men in their lives, which is interpreted as making them susceptible and “weak.”

Of course, when a film like this fails it’s likely not Kinberg, the male director, who will be held responsible, but inevitably the chestnut of how “certain types of films” just aren’t marketable. That’s a sad fate for a film conceived to be exactly the opposite of that.

Maybe next time a studio will care just as much about who it puts behind the camera as it does the faces represented onscreen. 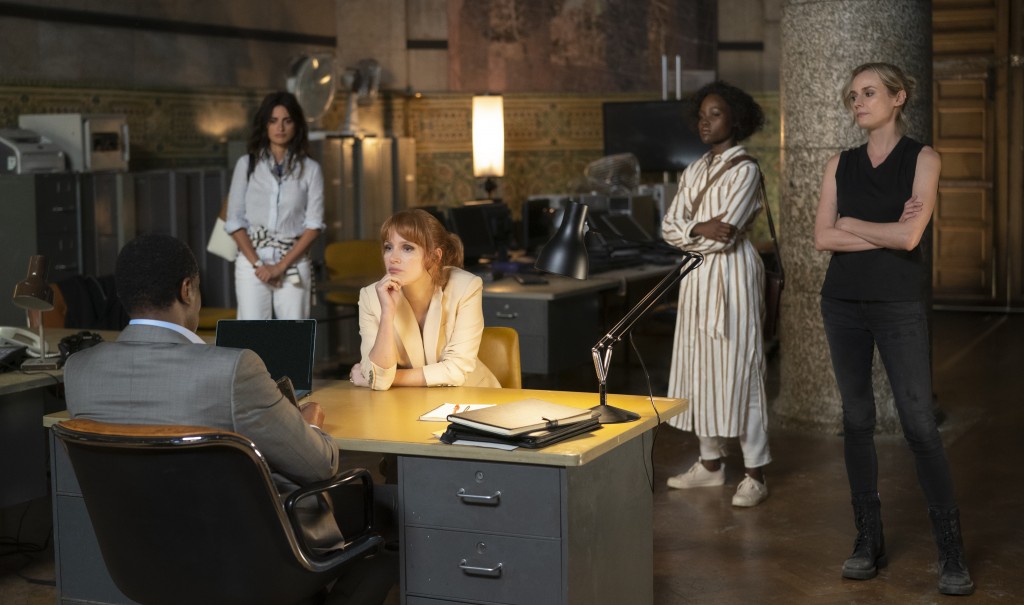