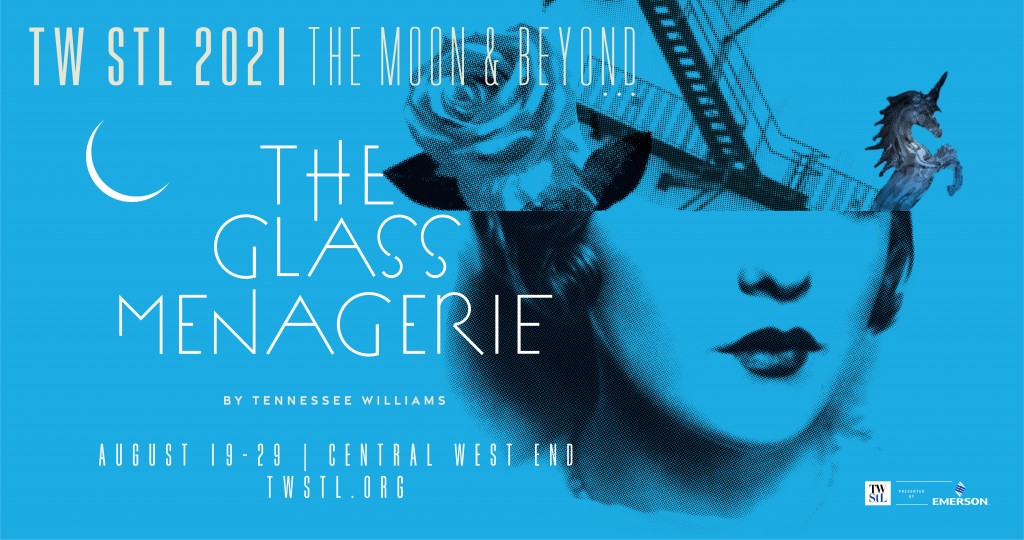 The Tennessee Williams Festival is back for its sixth year, held from Aug. 19-29 in St. Louis. The headliner is a production of one of Williams’s most prominent plays, The Glass Menagerie. It will be performed in the Central West building, the very place it was imagined.

“A year ago, we brought Tennessee Williams into your home… this year we bring you into his!” Carrie Houk, the festival’s Executive Artistic Director, says. “In 2020 we were lucky enough to flourish on the radio during a year that was so challenging for live theatre. In 2021, we return with a vengeance with a site-specific production of The Glass Menagerie at the very building in the Central West End where the Williams family settled when they moved to St. Louis.”

The festival’s other main performance is You Lied to Me About Centralia by John Guare. The play is based on Williams’s short story, Portrait of a Girl in Glass. The play picks up where the short story and The Glass Menagerie end, following the gentleman caller after he leaves the Wingfield home to meet his fiancée at the train station. A conversation with Williams scholar Thomas Mitchell will follow the performance.

Other festival programming includes Scholars’ Panels, Walking Tour of Williams’ St. Louis, Tennessee Williams Tribute: “The Moon and Beyond” hosted by Ken Page, happy hour conversation with Blue Song author Dr. Henry Schvey, and a reading of Why Did Desdemona Love the Moor.

A full itinerary can be found at twstl.org. Tickets can be purchased starting Sunday, July 18.