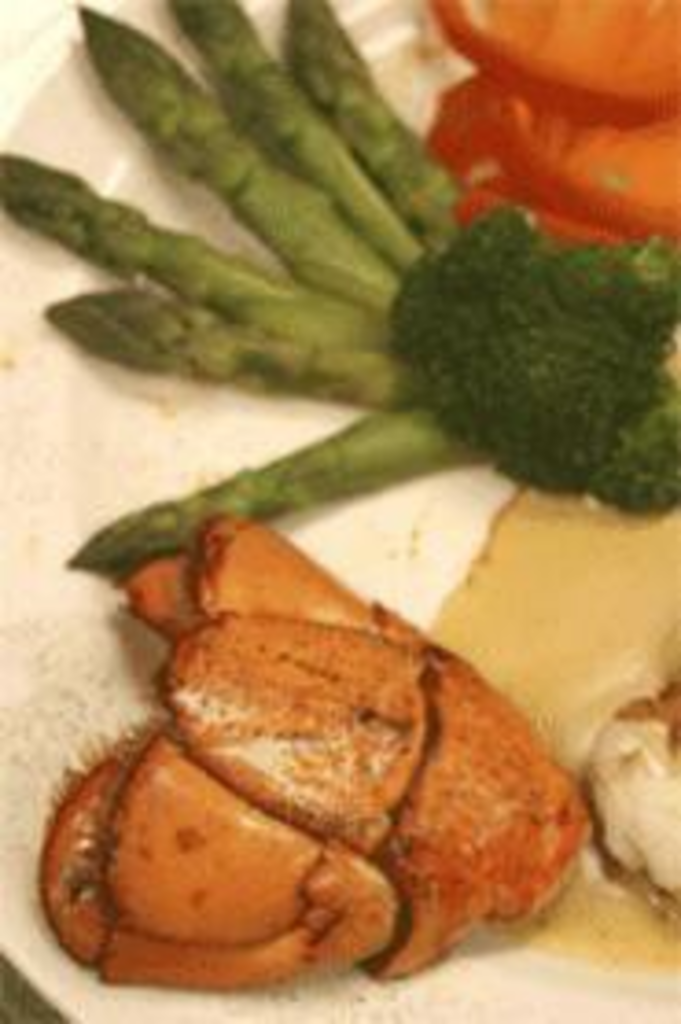 You don’t have to be a fishing aficionado to know that a “fish story” is all about exaggeration. “An exaggeration or incredible story,” according to my Random House Dictionary. In other words, a lie. I’ve told my own fish stories over the years — none of them having to do with any aquatic creatures — but I’ve used a fishing pole only a couple of times in my life. Oh, I did actually own one as a teenager, but it was merely a convenient prop so that my parents would think I was going fishing. I would actually hide the rod behind the bushes and run off to hang out with my juvenile-delinquent friends. If my folks thought something seemed fishy about my charade (I never came home with any “catch,” after all), they didn’t say a word. It was a fish story in reverse.

As an adult, the most outrageous fish stories I hear are from friends who frequent the casinos. They all have big stories that usually start out with “I was down to my last dollar” and end with flashing lights, ringing bells and winnings that are never less than a couple thousand bucks. The part of the story that gets left out from most of these lucky-dog tales are the sums they lost before hitting the jackpot. Or the drama of the slot-crazed fool who won a big payout and greedily put it all back into the machines, hoping to score bigger but ultimately losing every cent. When he brags about his hot streak at the slots, he doesn’t include those little details. Why ruin a good story?

Even if brazen hyperbole isn’t your thing, all kinds of tales — and tails — can be shared at the six-week-old Moby’s Fish Tales, the new seafood venue at Harrah’s Casino. The restaurant was created as part of the expensive (reportedly $126 million, without exaggeration) makeover plan that Las Vegas-based Harrah’s Entertainment Inc. shelled out to spiff up the 11-year-old casino on Kansas City’s northeast side.

Moby’s is named for the big whale in Herman Melville’s 19th-century novel Moby Dick, not the diminutive recording artist Moby (né Richard Melville Hall). The musical Moby does own a sort of restaurant in New York City, a vegan teahouse called Teany Café, but that’s not the kind of culinary concept that would float at a Midwestern casino. Moby’s Fish Tales is a better fit because it’s aimed at a less finicky audience. The 174-seat dining room isn’t fancy, and the menu isn’t complicated. The fish fare here is maybe a shade more sophisticated than a Red Lobster and not quite up to the standards of a McCormick & Schmick’s. The lures, as it were, are its reasonable prices and generous portions.

On my first visit to the restaurant, I was the guest of a Harrah’s high roller who used her comp credit to pay for dinner, encouraging me to order whatever I wanted. My head was swimming at the more indulgent possibilities, but frankly, the 2-pound steamed live Maine lobster sounded too rich, so I settled on the “Colossal Shrimp Cocktail” and the country-fried lobster.

Now, I wouldn’t use the word colossal to describe three chilled shrimp attractively presented as a “cocktail” unless I were really going overboard in exaggerating their visual impact. But these crustaceans were pretty damned big, like steroid-pumped versions of a traditional jumbo shrimp: heftier than a prawn but smaller than a chicken leg. It took three bites to finish one. The country-fried lobster, which sounded like the ultimate Midwestern spin on a coastal classic, was a winner. A meaty lobster tail is steamed, chopped, dipped in a light, tempura-style batter, then flash-fried and smothered with lobster cream sauce. I ordered it with garlic “smashed” potatoes, but a pile of french fries would have been a better choice, taking lobster to a new level of trashy decadence.

We were seated in a dark, remote corner of the dining room, so I didn’t really get a fish-eye view of Moby’s décor until my second visit, when I pretended to be a high roller and brought along Jimmy, Patrick, Taylor and Carol Ann. The casino was a madhouse that night, but Moby’s wasn’t so busy. “They’re having a cookware giveaway in one of the meeting rooms,” explained the adorable hostess as she led us past the illuminated room divider, which was adorned with oversized frosted-Lucite fish tails. “It can’t be plastic. It looks like art glass,” Taylor said. It wasn’t, but we all learned that night that looks can be deceiving. Taylor, for example, claims to be older than he looks, so we all insisted on seeing his driver’s license as proof.

On the other hand, our server that night, the handsome James Brown, seemed a lot younger than his age, probably because of his inexperience. But we all loved him, in spite of his bad fish jokes, his corny nickname (“the Codfather of Soul”), the fact that he forgot to bring a nutcracker to open the rock-hard stone crab claws or cocktail forks to pry out the crabmeat, and his lack of snap when it came to clearing away plates. He was charming and mostly attentive, though, so we didn’t get too crabby with him.

There’s an illusion of elegance at Moby’s that doesn’t quite hit the mark yet. Crusty hunks of bread and cheese biscuits are served in shiny steel-wire baskets, but the dry biscuits looked better than they tasted. (I almost hate to admit that Red Lobster’s cheese biscuits are superior, but I guess I just did.) There are linen napkins and big, white china plates, but no table covers.

“It’s a pretty room,” Carol Ann said, “but noisy as hell.” And not from the clanging machines on the gaming floor, which is just far enough from the dining room, but from all the hard surfaces: brick walls, concrete floor, bare tabletops. It wasn’t so loud that we couldn’t hear Taylor telling a long-winded fish story (involving a 1950s movie star and “way too much liquor”) or the waiter suggesting that we add Moby’s Seafood Sampler to our appetizer order. “It’s a three-tiered tray of shrimp, oysters and stone crab claws,” he announced. “But it sounds a lot bigger than it looks.”

“How many times have I heard that in my life?” whispered Jimmy as he attacked a bowl of golden-fried calamari with his fork. The calamari was great; ditto the oysters, the succulent fried frog legs and the sort-of-colossal shrimp. The Seafood Sampler was presented with great drama, but there wasn’t a lot of stuff on it: two shrimp, two oysters and two crab claws.

The dinner portions were much more generous and visually sumptuous. Jimmy loved the citrus-grilled lobster tail (it’s one of the best things on chef Billy Dwarzin’s menu), and Taylor raved about his thick, juicy slab of Kansas City strip, slathered in a robust wild-mushroom sauce. “It’s superb,” he said, “and the vegetables taste incredibly fresh, not mushy.”

Patrick pouted and announced that his fettuccine Alfredo, dappled with tiny shrimp, scallops, crabmeat and lobster, was too bland. Carol Ann and I both tasted it and thought it was rich and delicious. “But I like my fettuccine to have peppers in it,” he whined. “Maybe that’s how they make it for him at Red Lobster,” Carol Ann said slyly.

She ordered the one chicken dish on the menu, a golden, pan-seared and roasted chicken breast, which was plump and tender. I liked it as much as she did. In fact, I preferred it to my own deep-fried dinner, a platter of french fries, marble-sized hush puppies, a generic-looking hunk of fried cod and a nearly inedible battered disc that was supposed to be a soft-shell crab. From the Jurassic era, perhaps. But that’s another fish story.

The desserts are reportedly made in Moby’s kitchen and range from the sublime (a terrific carrot cake and a decent cheesecake) to the disappointing (a gummy Key lime pie under a chewy cloud of meringue — after two bites, I felt like my tongue was glued to my teeth).

Our server, fishing for a compliment, asked if I liked it. I told him it was the biggest piece of pie I ever saw.