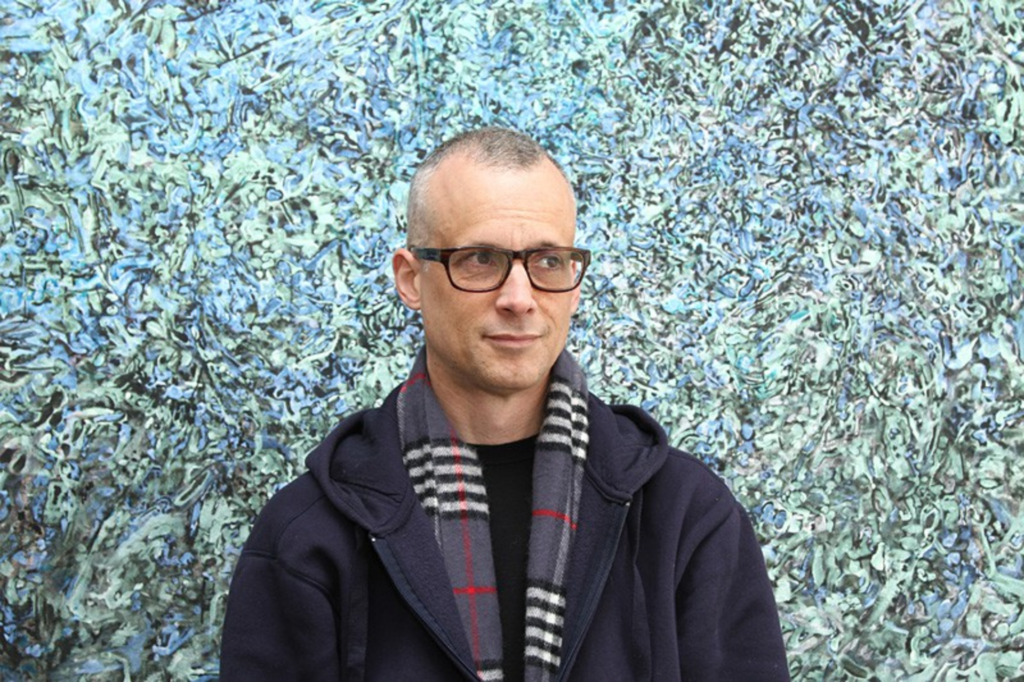 Tim Brown might hold the strongest convictions of anyone exhibiting art in Kansas City. Venture into Telephonebooth, a no-frills gallery that the artist operates in a storefront on Troost Avenue, and you might feel a little cold this time of year. There’s no electricity, so Brown limits visiting hours to when the sun is up. Over hot tea near the space’s wood-burning stove, The Pitch talked with Brown recently about the 12th annual Winter Invitational, a hodgepodge gathering of works installed in waves as they arrive at the gallery.

The Pitch: You ask artists to send or bring work to the Telephonebooth for the Winter Invitational. These are artists with whom you’ve had longstanding relationships. Which works did you receive that surprised you, and why?

Brown: The conceptual artists, being more horizontal in process, always surprise me.

Horizontal? Do you mean that in the planar sense?

Planar as a metaphor — horizontal or associative, an axis of meaning in contrast to vertical, which is more like being obsessive and working on one thing very intensely for years. Painters have a tendency to do that because color is infinitely complex, and it’s easy to fall down the rabbit hole of that universe.

And how are the conceptual artists more of it?

Most conceptual artists I know are principally about the quality of the metaphor, and that means they have to keep thinking well to keep making things.

You don’t like themes for group shows. Why is that?

I would just say I’m not a big fan of themes for group shows in galleries because they often put the art in secondary relation to some personal unity, and I am fundamentally a pluralist. But occasionally a salaried curator has time to write a well-crafted essay for the art, and then it’s not a sales method but a contribution to history, so that’s great, and then I like themes.

Still, many of the artists in the Winter Invitational submitted work with nature as a theme. How do you explain that?

Well, it might be fashionable now to make things that are very polished. Claude Lévi-Strauss’ book The Raw and the Cooked talks about ways culture happens, either directly or processed and mannered. The artists I work with are more in the raw category, and those artists might also be reflecting on our world in a less neoliberal technocratic manner, and thereby more concerned with nature and the natural.

As a gallerist (if you would permit me to call you that), you like to let the work speak for itself. Why?

I absolutely accept that. Gallerist is a contrasting term to dealer, who are people principally concerned with making money. Gallerists celebrate the art. They also contribute to the art economy substantially, but often indirectly, by being the originating venues that dealers track and use to prescreen their choices.

I can even parse out my category a step further and say I’m a gallerist at an artist-run gallery, which means I try to make choices that good working artists respect.

As far as letting art speak for itself, I would say I like to let the art stand on its own. But often, when civilians come in to look at things, it’s my job to talk and speak for the art, hopefully in ways people not familiar with it can understand, so they can continue their own dialogue.

You also refer to yourself as a producer. Why do you choose that word to describe what you do?

Cultural producer is a term that grounds art in a material and historical context, and is in contrast to terms of personality and commodity fetish, like transcendent, genius, etc. That likely reflects the generational paradigms of my teachers. The Frankfurt School gets credit for the approach.

Will you explain what you mean by “commodity fetish”?

Talking about things you are invested in with loving and virtuous terms to reinforce the value of your own investment (or sale). That happens often with art, but it’s hard to see the patronage and incentive if you aren’t on the inside. And when you are inside, it’s much more fun to drink the Kool-Aid and believe it.

As an artist (or producer), to accept that art might be tied to history has consequences regarding what I want to speak to with the things I make and the artists I support.

What paradigms do you hope you and your generation set?

I’m not sure if paradigms get set but maybe lived through, processed, maybe further worked on. If I could hope for a paradigm shift, that would be my choice, that people mature and notice how things connect, that norms of greed might give way to ideas of sharing. I actually think that will have to happen sooner than later as accumulation and extraction are becoming a problem here.

Paradigms as legacy is a tough question, so let me hope I have more time to work on it.