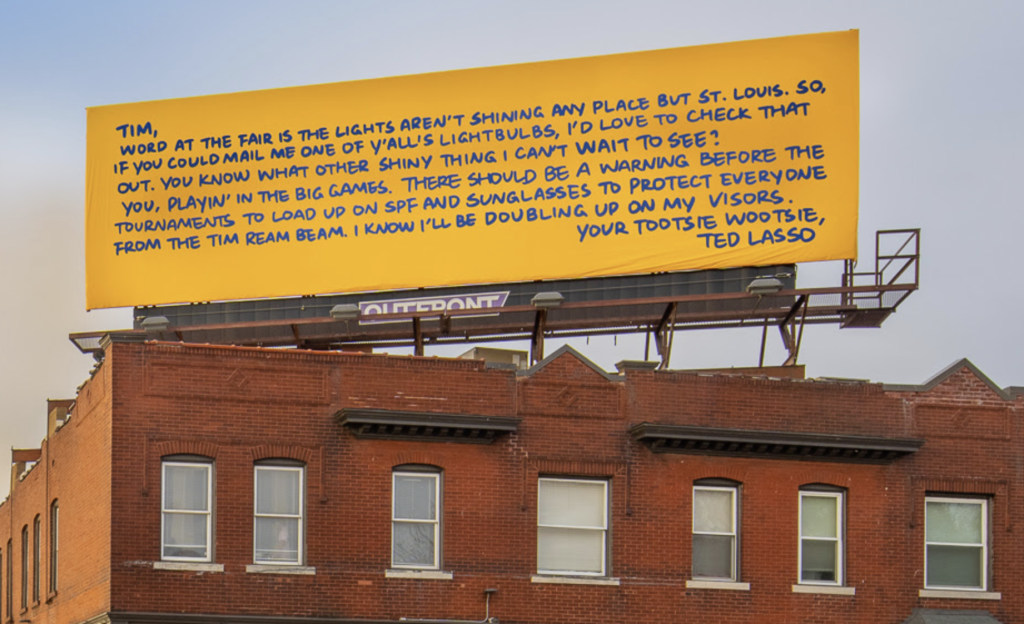 The very public display of encouragement for Tim Ream from St. Louis, MO can be seen on a billboard on Kingshighway and Devonshire. // Courtesy Allied

Like the Santa Claus of Soccer, positivity force Ted Lasso has taken out personalized billboards with letters of support for all 27 members of the US Men’s National Soccer team. Each billboard corresponds to the hometown of a different player.

Lasso, a fictional character portrayed by local-boy-done-good Jason Sudeikis on the Apple TV show of same name, is encouraging support for the football teammates ahead of their competition in the World Cup, which kicks off Sunday in Qatar.

The USMNT squad was announced on November 9 and the messages started appearing almost immediately, in 24 cities.

Josh Sargent’s public display of encouragement can be seen on a billboard on I-70 Hwy K, and reads as follows:

Being from the great town of O’Fallon, you must have been an O’natural for you to pursue soccer O’fficially. You looked destiny in the O’lfactory bulb and said “O’kay, I’m gonna make my soccer dreams my main O’bjective.” And boy O’boy, you sure did. You’re about to O’ccupy the world’s biggest pitch with the USMNT and O’btain some wins. While everyone in O’Fallon and I are just gonna be O’verjoyed to see you have a good O’l time out there and O’bliterate the competition.

O’ver the moon with excitement, 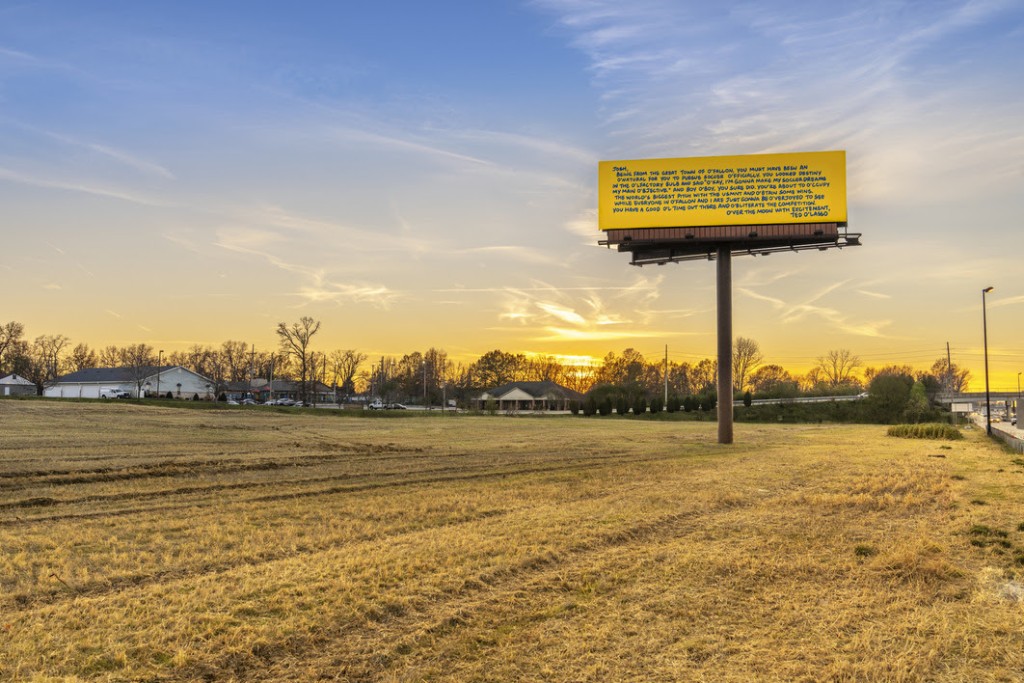 Josh Sargent’s public display of encouragement can be seen on a billboard on I-70 Hwy K. // Courtesy Allied

The billboard for Tim Ream from St. Louis, MO can be seen on a billboard on Kingshighway and Devonshire.

Word at the fair is the lights aren’t shining any place but St. Louis. So, if you could mail me one of y’all’s lightbulbs, I’d love to check that out. You know what other shiny thing I can’t wait to see? You, playin’ in the big games. There should be a warning before the tournaments to load up on SPF and sunglasses to protect everyone from the Tim Ream Beam. I know I’ll be doubling up on my visors. 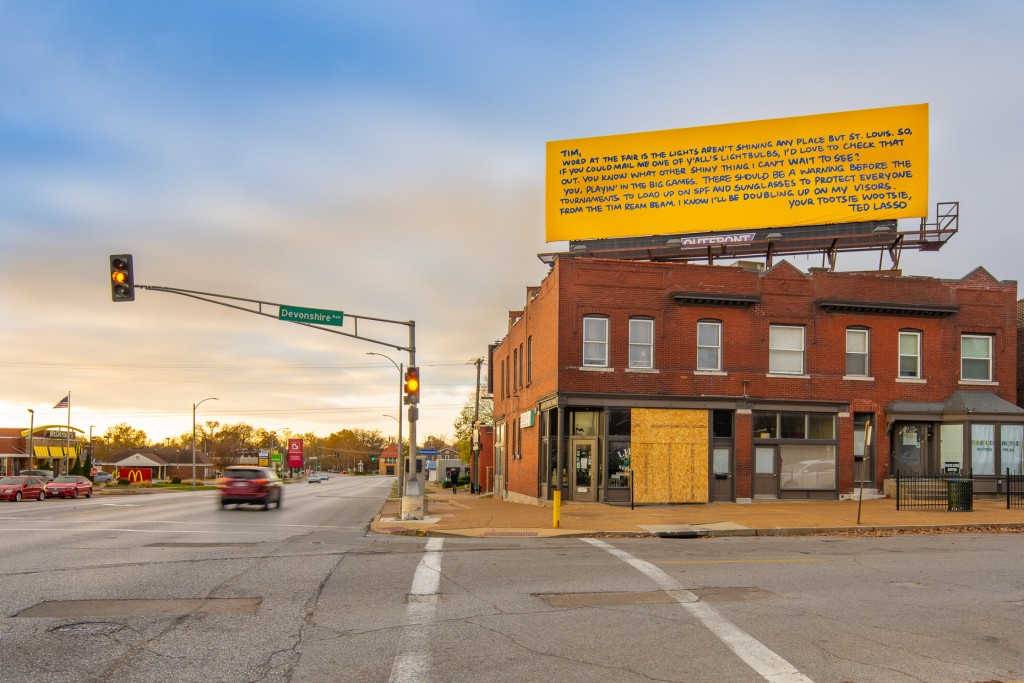 Ted’s message for Tim Ream from St. Louis, MO can be seen on a billboard on Kingshighway and Devonshire. // Courtesy Allied