KC’s rap royalty took to the Midland stage amid pulses of white strobe lights and heavy bursts of bass. Clad in orange scrubs and white face paint, Tech N9ne played a 32-song set, without breaks, for his hometown fanbase. Mixing old favorites with hits off his new album, Something Else, Tech spat lyrics at a lightning-fast pace to the packed Midland crowd.

Tech and Kriss Kaliko shared one mind onstage, perfectly timing everything from exchanged glances to choreographed dance moves. As Rhymes – I mean – Tech rapped at inhuman speeds, Kaliko supplied the music with a gospellike, almost operatic delivery. A TV camera on a roving boom mount would swipe across the crowd at regular intervals, transmitting to Jimmy Kimmel, where Tech had performed his song “Fragile” a week ago.

Between “Unstable” and “Fortune Force Field,” Tech took a moment to offer thanks to his fans. He reminisced about performing at places like the Riot Room and the Granada, and wanted to share “all the love” with the crowd. Before “My Haiku,” he asked everyone to “light up the darkness like Bob Marley would’ve wanted to.” When performing “Fragile,” a song that features samples from a gruff Kendrick Lamar and an emotional Kendall Morgan, Tech had the entire Midland singing it back to him. 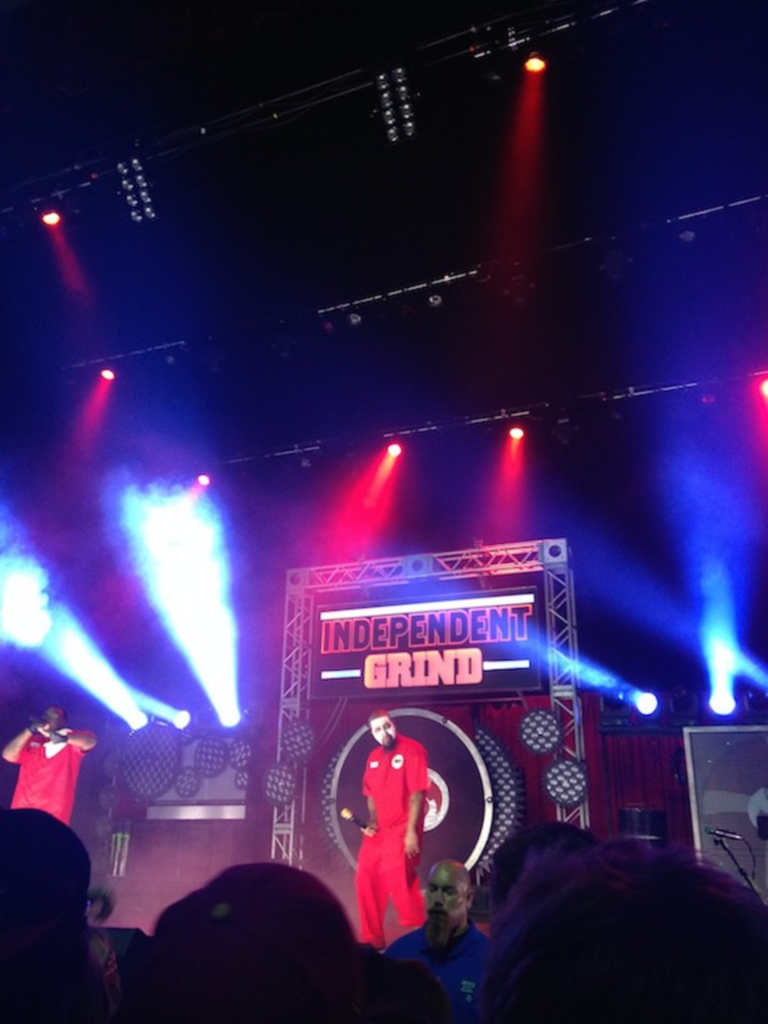 After performing the slower selection of songs that made up the middle of his set, Tech turned it back up for his final nine songs – the “number of completion,” according to him. After some diverting antics while Kriss Kaliko sang “K.J.O.M.D.,” he revived “KC Tea/Caribou Lou” back to the rhythmic party anthem it was in 2006. For “Titties/Areola,” Tech invited all the girls to climb on shoulders and offer him their, well, areolas. One D-cup got onstage and bounced around before being shuffled off. Another audience member made a brief stage cameo during “Girls Like That” to turn around a do the no-hand clap, just as the lyrics suggested.

For the 2002 anthem “I’m a Playa,” the entire tour joined Tech and Kriss onstage for a choreographed line dance. One rapper grabbed Tech by the shoulders and waved a stack of hundreds at the crowd for a chorus. Tech closed with his “Tech N9ne Gun Salute,” a piece rapped to the firing of a gun, proclaiming: if flow was a felony/I’d be in a line hella doin’ time for the (click, click) Tech N9ne. Luckily for us, top-notch flow is not, in fact, a felony.

Set list:
Strange Music Box
No Can Do
E.B.A.H.
Like Yeah
The Industry Is Punks
Straight Out the Gate
Einstein
Welcome to the Midwest
Am I a Psycho?
Rip Your Heart Out (cover)
He’s a Mental Giant
Who Do I Catch
Hard (A Monster Made It)
Midwest Choppers / Midwest Choppers 2 / Worldwide Choppers
So Dope (They Wanna)
Dwamn
Don’t Tweet This
Damage
Anxiety (performed by Krizz Kaliko)
Unstable (performed by Krizz Kaliko)
Fortune Force Field
Why Me
My Haiku / Burn The World
Fragile
B.I.T.C.H.
K.J.O.M.D
Get Throw’d
KC Tea / Caribou Lou
Titties / Areola
Girls Like That
See Me
I’m a Playa
Stamina