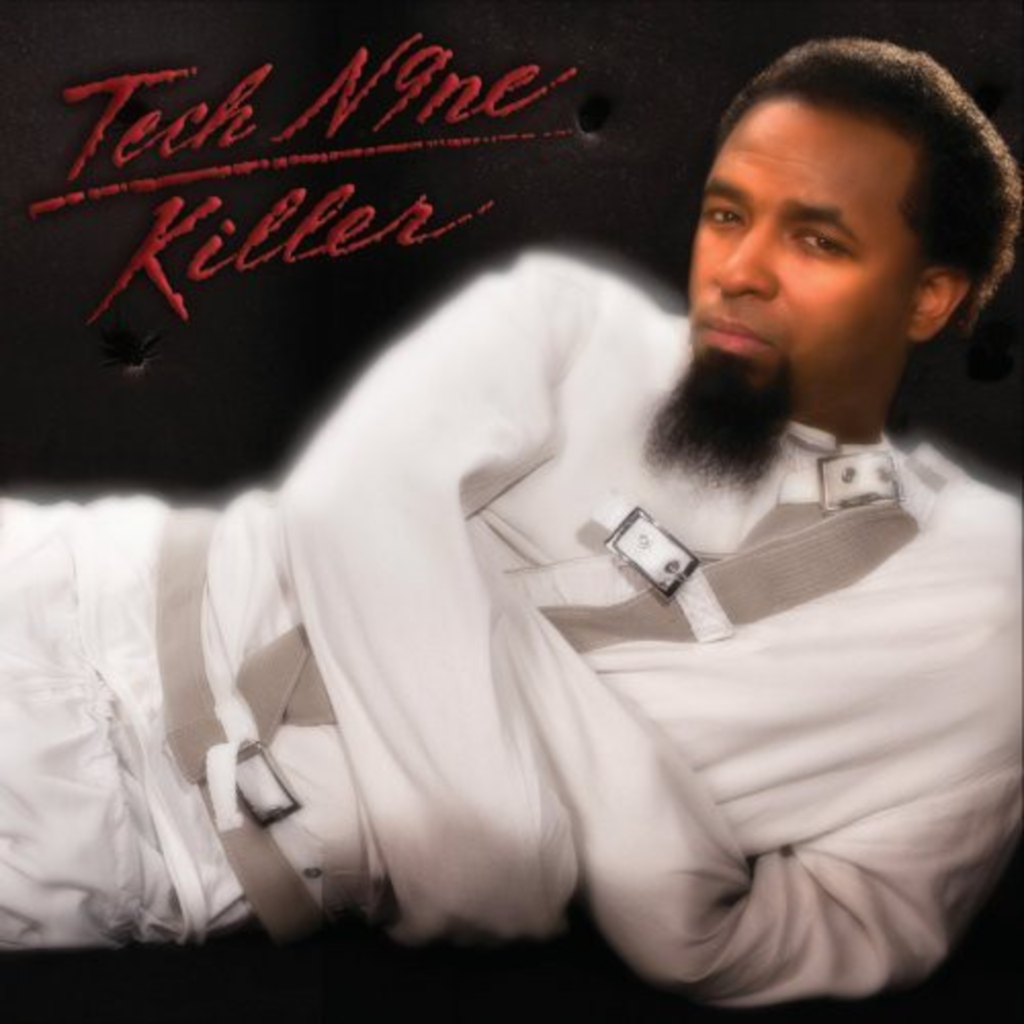 “Everybody Move” by Tech N9ne, from Killer (Strange Music)

It’s hard not to admire the audacity of an artist who, after clawing his way up from the underground to the brink of the big time, not only makes his would-be breakthrough half tribute to Michael Jackson’s Thriller and half parody of it, but also loads it up as a 32-track double album. These strategies work so well for Kansas City rapper Aaron Yates, aka Tech N9ne, because he possesses several gifts, each amply displayed here. There’s his commanding delivery, sometimes reminiscent of guest Ice Cube. There’s his relentless musicality, which embraces styles from crunk to metal and uses double- and triple-time flows and call-and-response choruses drawn from a decade of Midwest swing. And there’s Tech’s genuinely intriguing, often humorous perspective on issues that range from religion to sexual politics (something covered in depth on Disc Two’s “The Sextion”).

A song like “Waitress” uses all the aforementioned elements to spin a compelling, silly yarn that’s not only singleworthy but might even have females smiling as they shake (and nod) their heads. Meanwhile, the haunting “Hope for a Higher Power” is as potent an examination of conflicted faith in God and man as hip-hop has yet produced: Worst-case scenario is there never ever was a higher power/So in the midst of chaos now, the only real savior is firepower.

The sole complaint — which is that Killer is ultimately too long — isn’t the usual, every-double-CD-would-be-better-as-a-single beef. The trouble is that shorn of the few elements that don’t really fit with Tech’s knowing, blue-collar worldview — a sordid drug duet with Scarface, the pointless posse feature “Drill Team” — Killer could have been a true rarity: an authentically classic hip-hop album from top to bottom. The 37-year-old Tech’s age and Kansas City background give him a perspective rare in mainstream urban music, as evidenced on “Crybaby,” on which he argues that hip-hop is alive and well as he rips rap regionalism with the best response yet: The ones that wanna hold us back/Ain’t been outside their cul-de-sac. Or listen to “Shit Is Real” and “Blackboy,” which offer fighting, Everyman-style views on class and race. It’s a tribute to Tech’s craft that these two accomplished discs are worth recommending as they are, but the best two-thirds would have been an undisputed Killer.