Teabaggers cashing in on protests 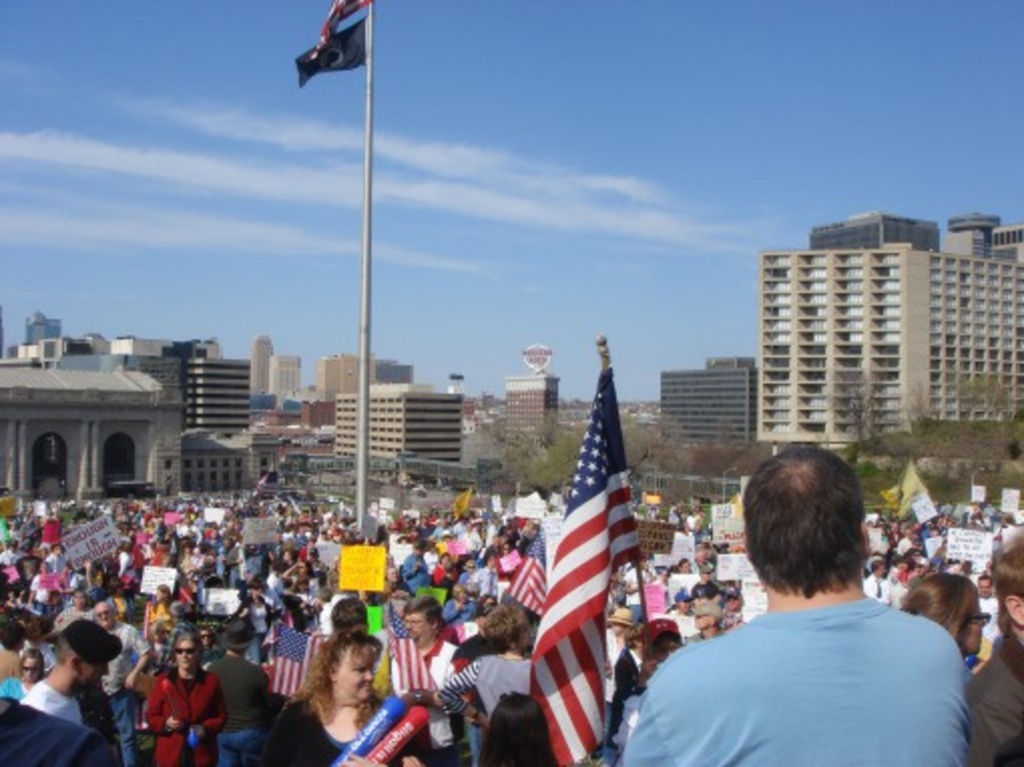 And capitalism was in full effect. Looks like TKC was right. The teabaggers had a problem forking their money over to the government. But they didn’t see any problem buying merchandise from a “grassroots political movement.” 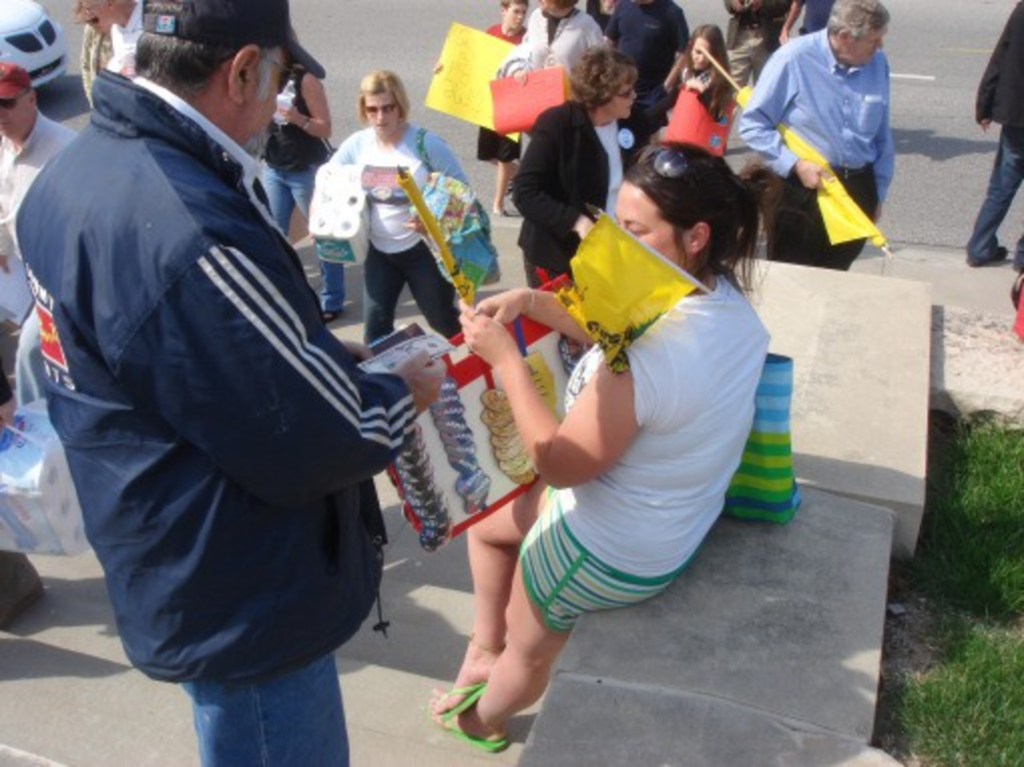 At the entrance, there were buttons for sale …

This guy walked the line selling Che Obama buttons (You can’t see it, but he was leading a wolf around. Seriously. I saw at least five wolf-like dogs.). 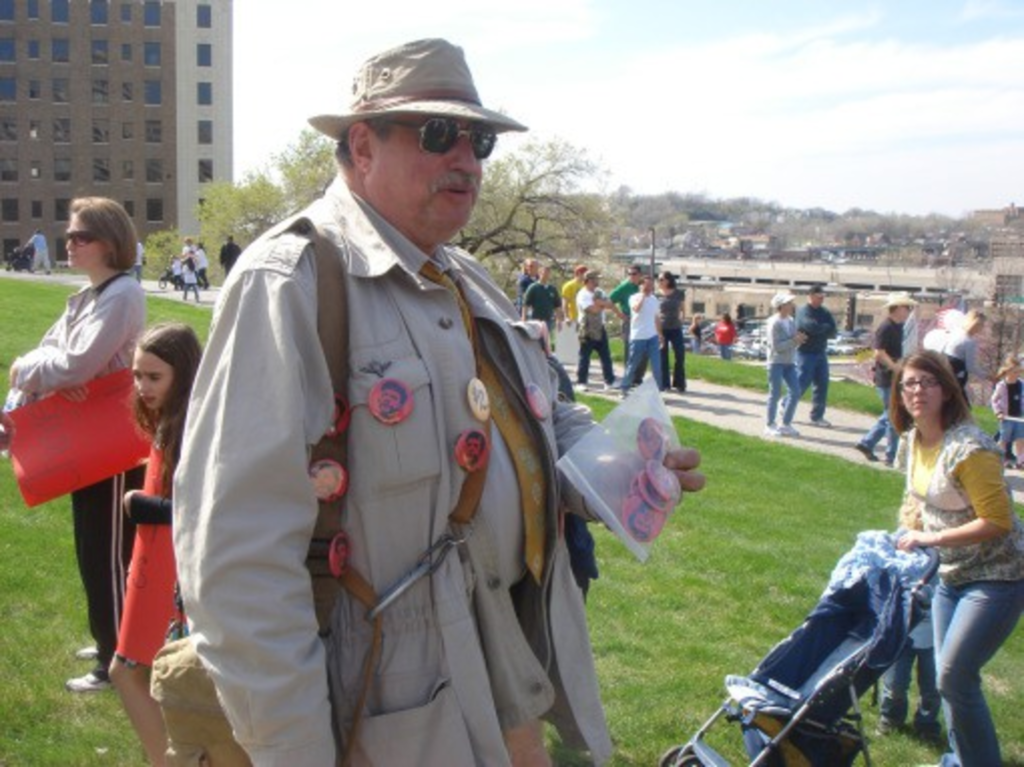 These guys want to impeach Obama for having body odor? 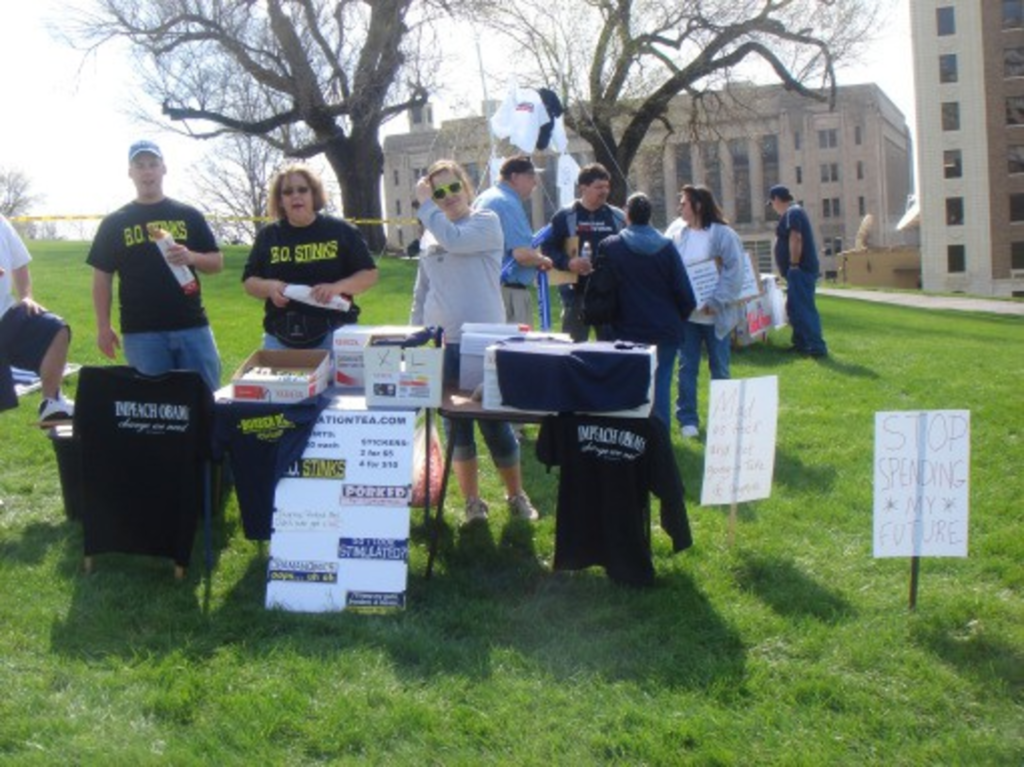 And over-priced snacks! Is this the Sprint Center? 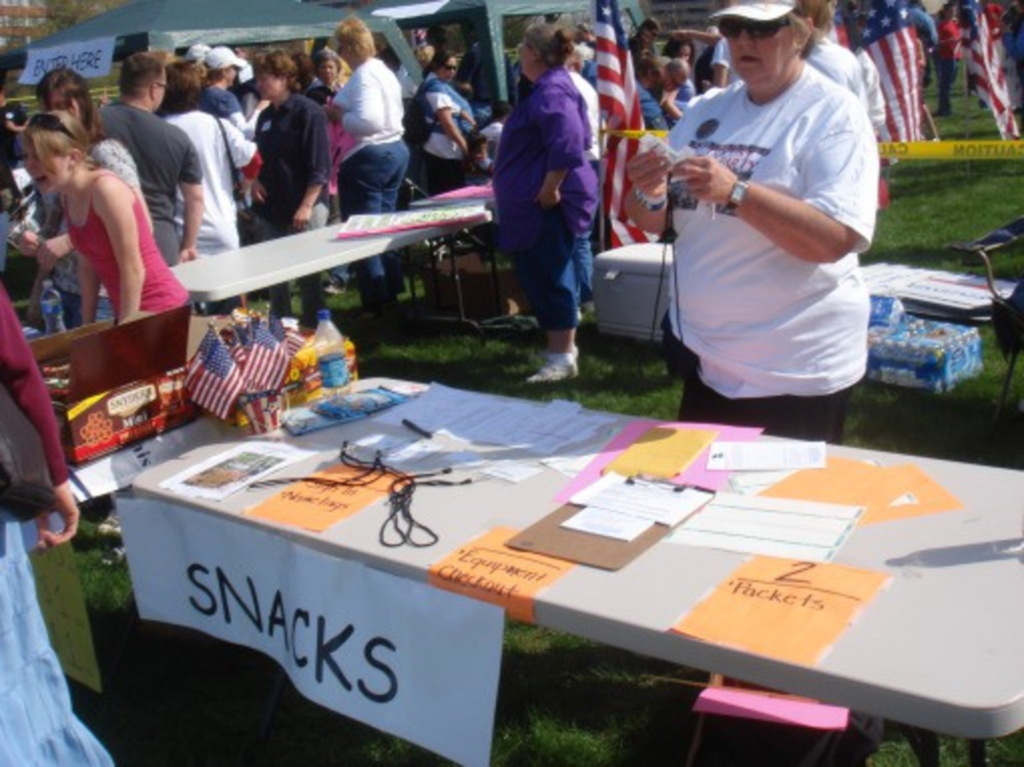 And there’s a revolution of angry (almost entirely) white folks. 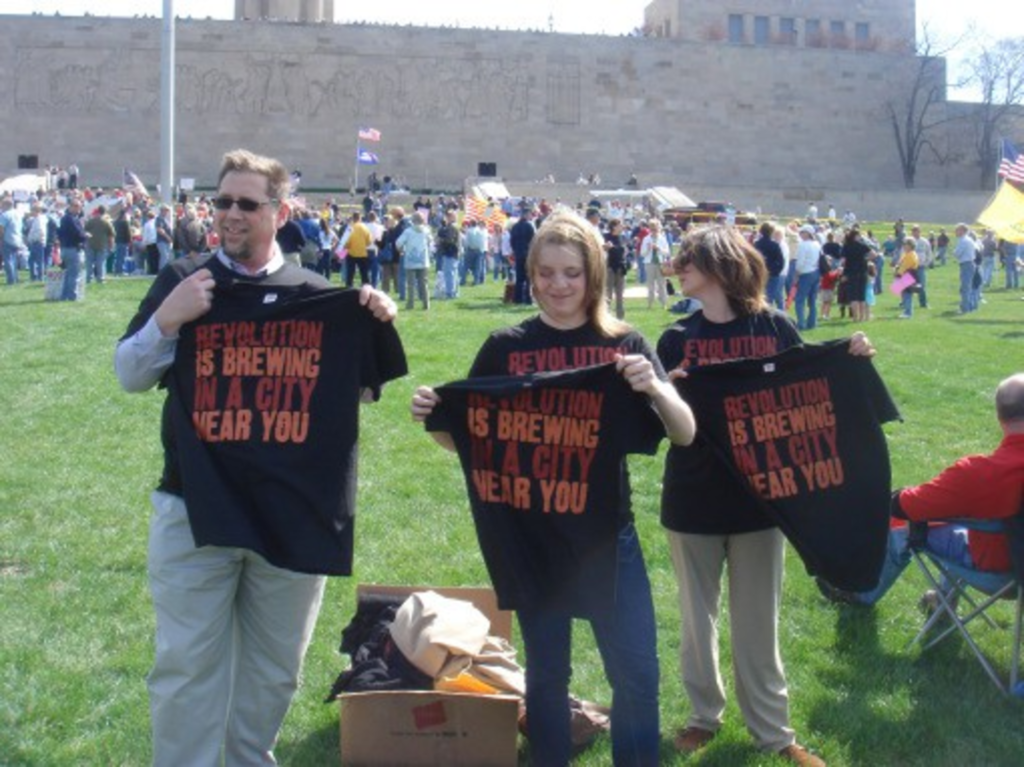 Like these folks who enjoy days in the parks, annoying rally sticks and people who don’t punish success. 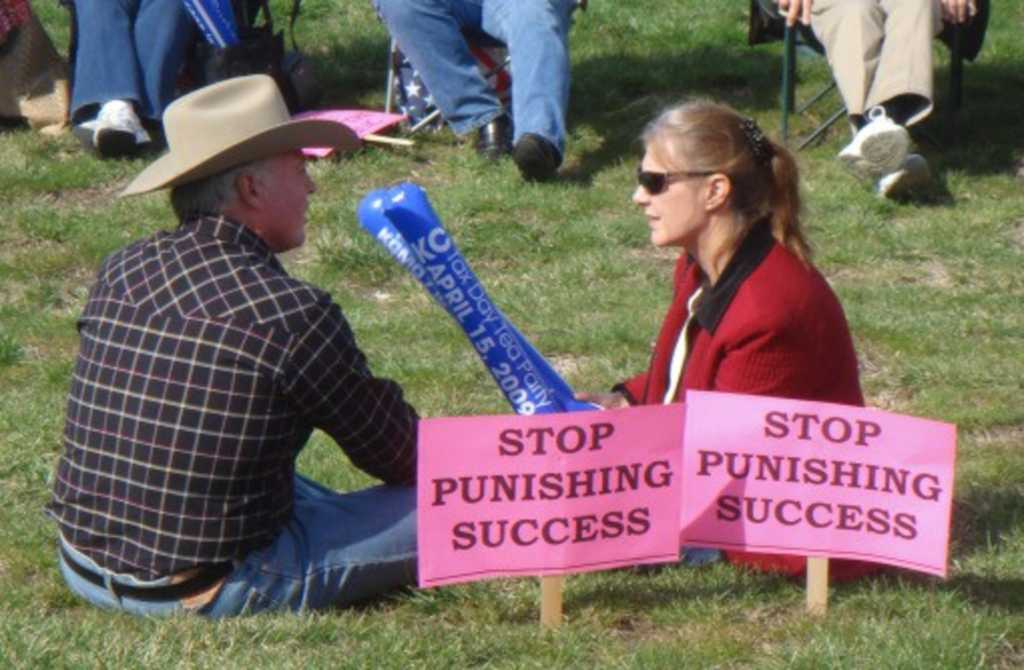 And this self-described “black conservative.” 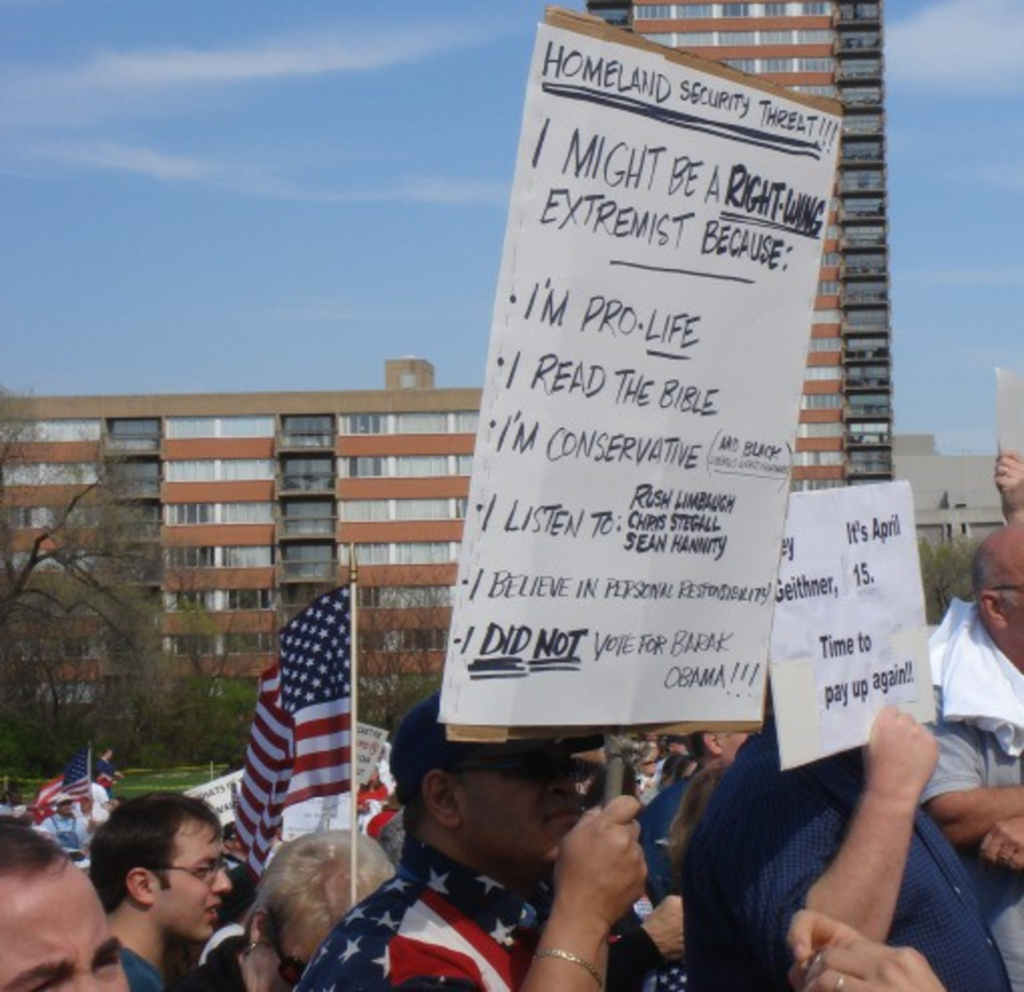 Oddly, I haven’t see him in my “worst nightmare.” 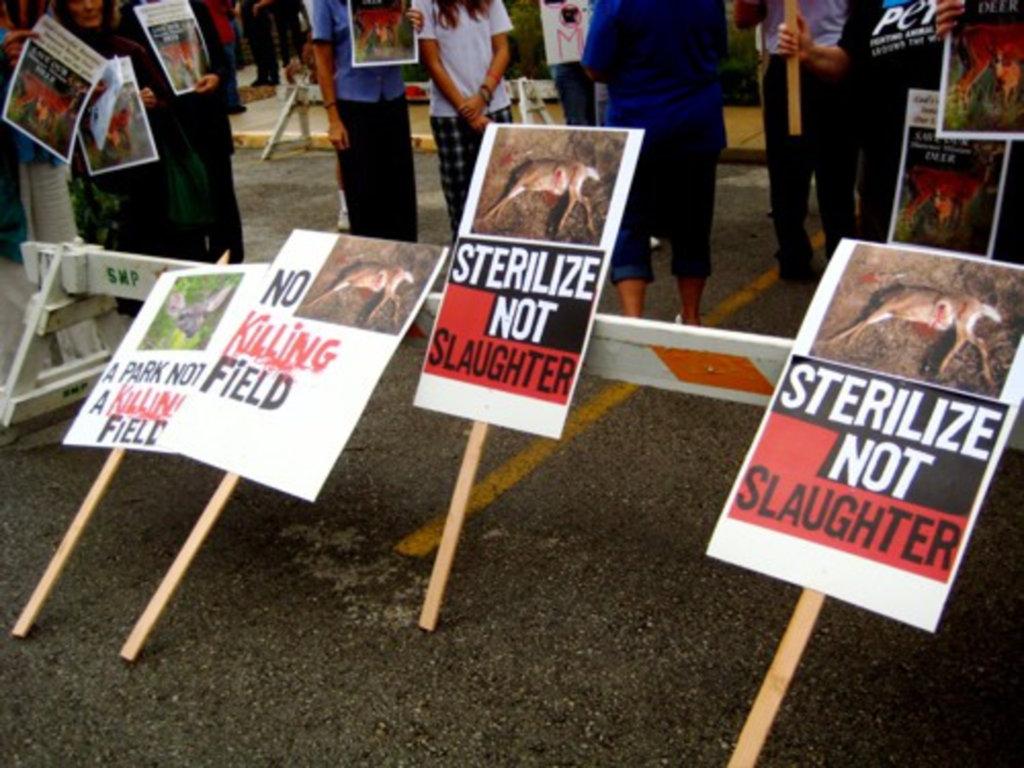 No one “honked” at this guy. But I do a helluva goose honk. 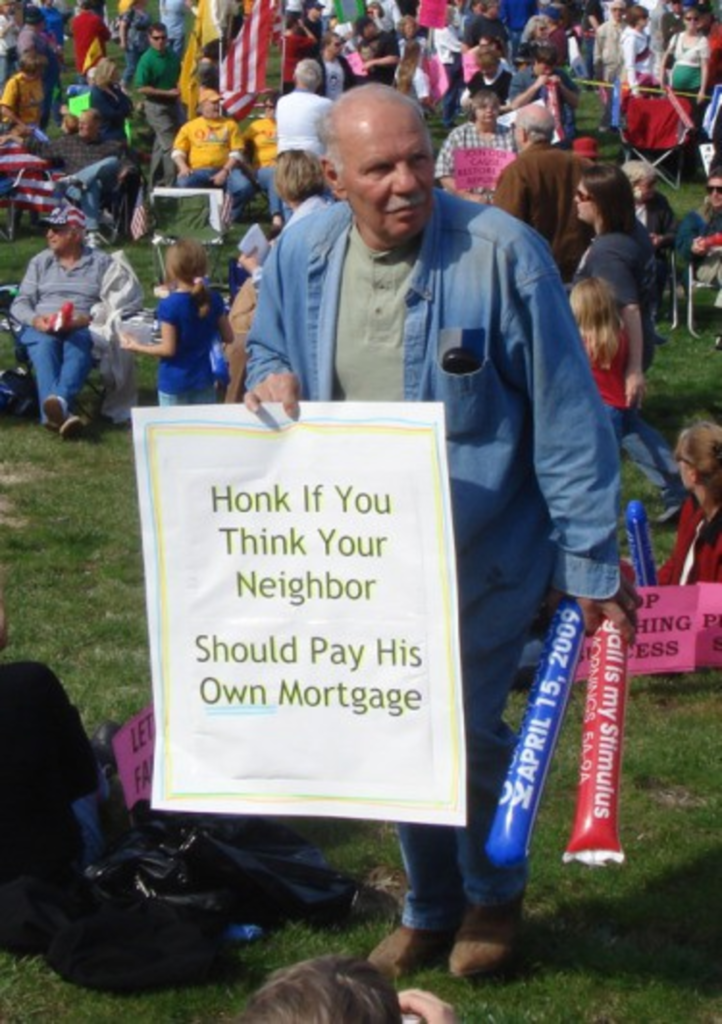 But the Krispy Kreme donuts were free. Socialism! 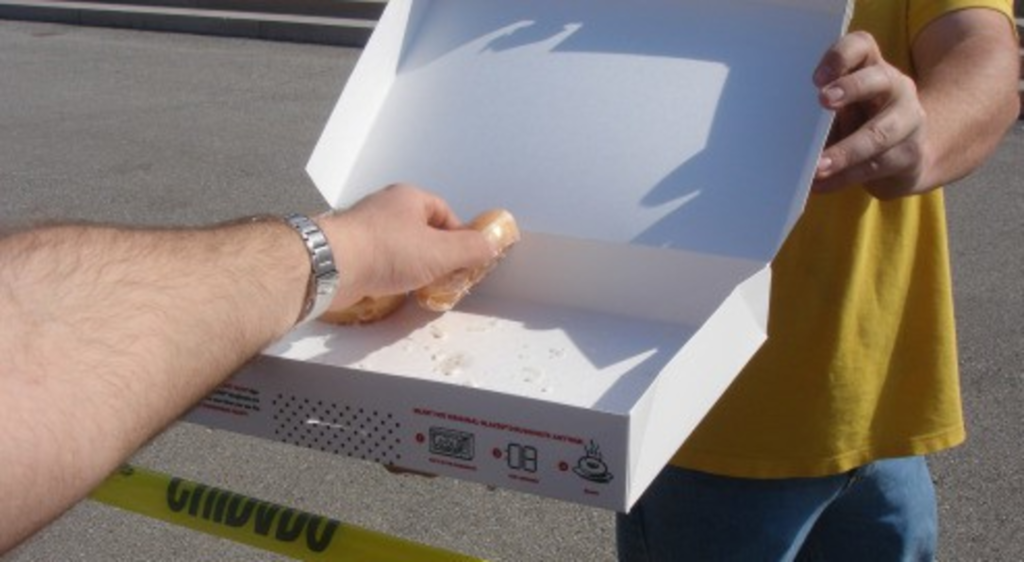 Protesters saw no cognitive dissonance in using a war memorial as the backdrop of their protest considering that the first federal income tax was started as a way to fund the Civil War, which apparently was a bad thing. 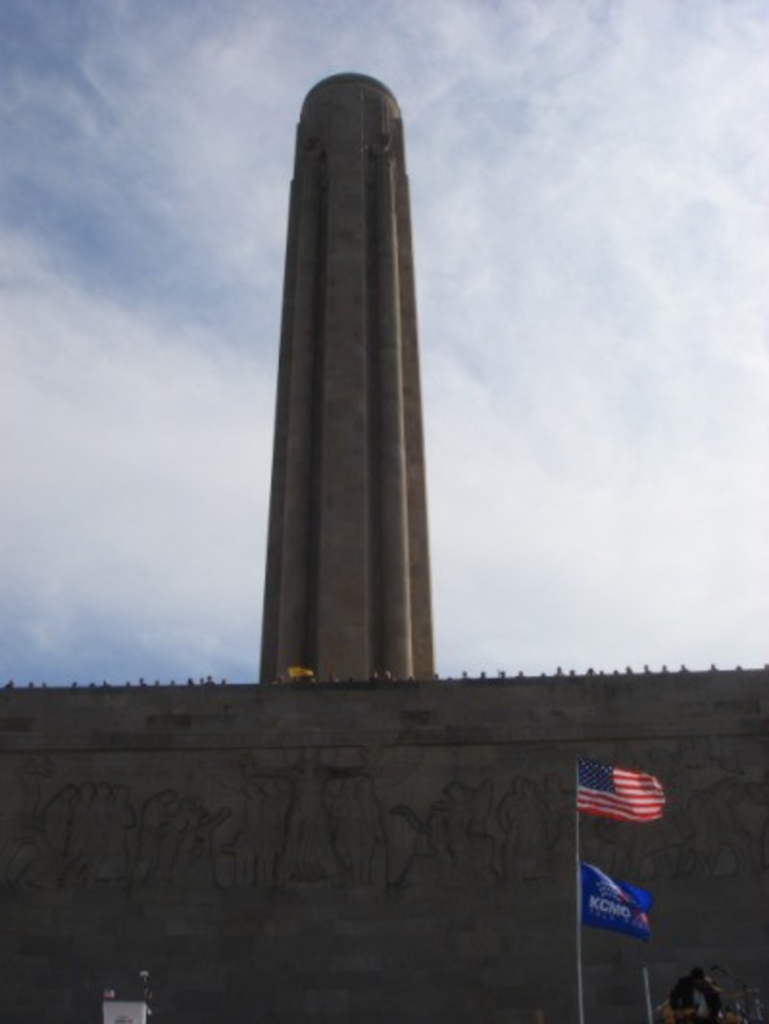 * Note to libs who might crash the party. Sarcasm and humor will give away your presence. I had a guy quiz me as to why I was there. He didn’t like my playful requests for “La Grange.” “I want to make sure that you’re here for the right reasons,” the man asked.

“What are the right reasons?” I shot back. “Are you going to kick me out?” The guy backed off after a plea for respectfulness.

Also, the most unintentionally hilarious moment was when one of the speakers talked about a woman being “censored” by newspapers and talk radio shows in St. Joe. The woman stomped up to the podium and started ranting until keynote speaker Chris Stigal gave her the hook. Nice. Yeah, let her speak … unless it’s at your rally.