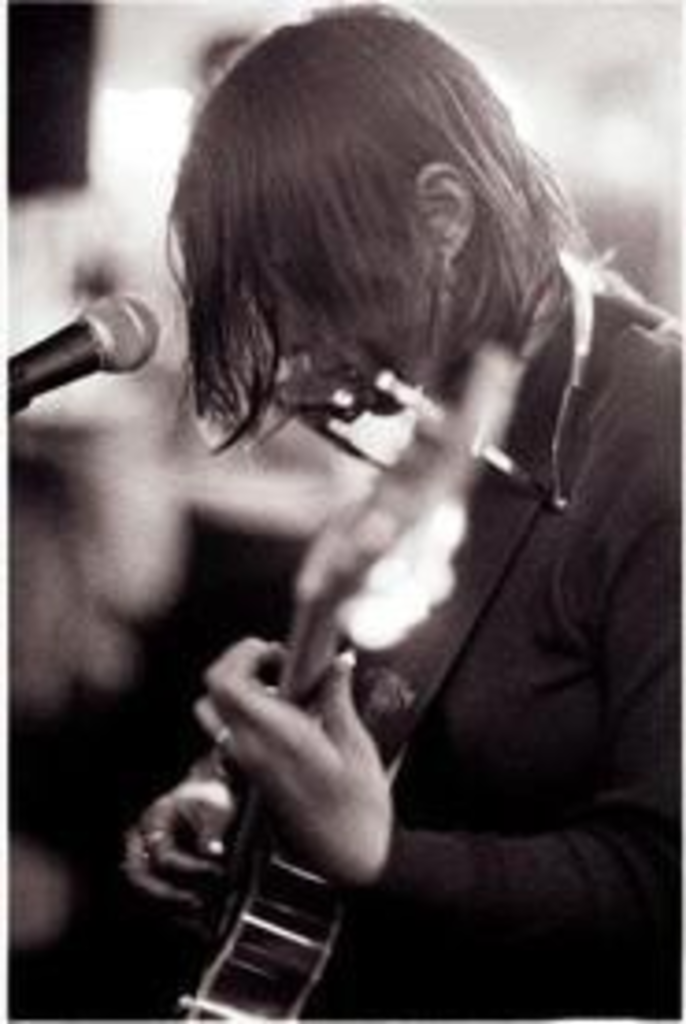 Why exactly is it that male musicians working with their hearts on their sleeves are labeled “emo,” while female performers who do the same thing are automatically thrust into the Amos/Apple fractured-chanteuse camp? Who’s to say that there cannot be female emo rockers? And why can’t guys (other than Sir Elton John) be recognized as divas? Does the way a person’s chromosomes zig or zag determine whether he or she can be considered true black-and-blue emo? In all likelihood, Tara Jane O’Neil thinks not. In many ways, she is truly more emo than many of her Johnny-come-lately peers.

A huddled mob of 30 or so people surrounded O’Neil, both to be close to her mesmerizing music and to shelter her from the yapping Saturday night bar crowd. O’Neil needed their support, as the drinkers seemed to outnumber the music lovers three to one, especially as those who had spent their three free drink tickets started to filter over from the decadent Anteye Social at the Granada. Perhaps O’Neil is too coffeehouse for the drinking set, but it’s a wonder that more people didn’t give her the respect due a performer of such talent and vision. Waifish but not wimpy, O’Neil is reminiscent of Beth Orton, had Orton chosen to front the Rachels or the Chronos quartet instead of a folky techno outfit. Her music is a softer than soft collection of arty but not obtuse orchestral meanderings. Her slight frame cut a mighty big path as she yielded a big ol’ hollow-body guitar for those intent listeners, or sent the stare of death to loud patrons. At times, she openly sang to them to tell them to shut the hell up, but the jabbering gaggles never ceased their inconsiderate conversations, and O’Neil seemed utterly wounded by these rude few. Before the night was through, the crowd dwindled to nothingness, fatigued by the emotional beating and morose selections, and went off to anesthetize themselves with liquid refreshment.

Playing early enough in the evening to avoid the rowdy club spillover crowd was Omaha’s Bright Eyes. All who happened to fit into the club’s woefully small space seemed transfixed by chief Cyclops Conor Oberst and his backing band. While O’Neil encountered hecklers who yelled requests for Black Sabbath tunes, the Bright Eyes fans seemed stunned into submission and remained attentive throughout the band’s brief hourlong set.