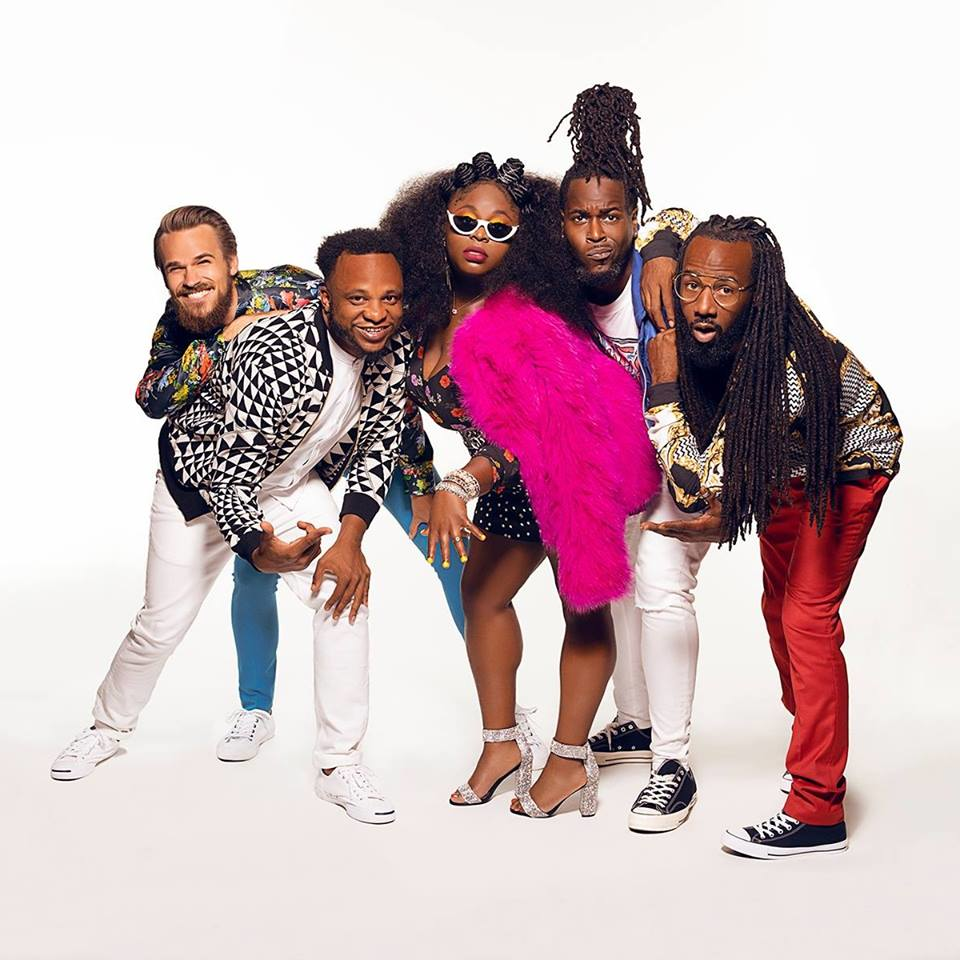 Tank & the Bangas have been making swiftly sliding, genre-bending, always-danceable music since 2011, but winning last year’s All Songs Considered Tiny Desk Contest substantially boosted the national profile of the New Orleans group. The Tank posse, which sometimes swells to as many as 12 performers on stage at once, has embarked on one of its largest tours yet, with New Orleans bounce queen Big Freedia along for the ride. That show stops at the Truman on Halloween night. I recently spoke with the band’s bassist and synth keyboardist, Norman Spence, by phone about Tank & the Bangas’ rise.

The Pitch: Watching Tank & the Bangas go national over the last year has been phenomenal. How much of that is due to you all winning the Tiny Desk Contest?

Norman Spence: I will have to say a large percentage. We had been grindin’ about six or seven years prior to Tiny Desk — you know, we won Afropunk, and we’d been getting around and making a little name for ourselves, just doing touring. We’d go and play for a crowd of 50 people and they’d be, like, super-wild, or we’d play for 300 — you know what I mean? — but it wasn’t leaving that kind of impact.

Then Tiny Desk happened, and — man. Man, it’s been phenomenal. It’s been up and up ever since, so I’d have to say all of it, almost. And, to tell you the truth, it’s called National Public Radio, but it’s really International Public Radio, because we go overseas, and there’s so many that know us. We get stopped in the airport, sometimes. It spread. It worked. [chuckles] It worked in a major way.

It seems like Tiny Desk has really helped the musicians who’ve won it. Artists like Fantastic Negrito are going — like you said — from playing clubs to playing theaters. Does that let you do more with your stage show?

Bigger stages let us bring more people that are instrumental in making what we do great. We can actually afford to. We definitely can’t bring a 12-piece to band to a 300-cap room, because the stage is probably not going to be able to keep us.

What I appreciate in your performances is that everyone in the group is responding to what everyone else is doing onstage, in the moment.

Yes, and it’s important. It’s important to — especially with an artist like Tank, you know what I mean? Because she could just break out into a poem at any moment, and our drummer is [a musical director], so we gotta watch. We gotta make sure we’re all tuned in to him, tuned into Tank, and tuned into each other. That’s vital.

Is it also responding to the audience?

Sometimes. Not so much, because we’ll create the vibe. We just bring it, and even when they aren’t responsive, we just keep on pumping it out. You gotta come alive — it’s like resuscitation, almost. And it’s cool. But I would say, we don’t respond to the energy, we just provide it for ’em.

This tour, with you all and Big Freedia, it’s like you’re bringing New Orleans on the road.

And the Naughty Professor. Let me tell you: the Naughty Professor is a great band. They we were hitting before us. I remember looking up to them before Tank & the Bangas was really doing it. They tight, and they’re doing their thing. And they’re playing for Big Freedia. We used to play for Big Freedia, and it was just keys, bass, and drums. Naughty Professor, they got bass, drums, horns, an occasional keyboard player, so it’s an even more energetic show. And we’re going to do our thing, as well, so it’s a party every night, and it’s been a great ride, so far.

Oh, man, it’s always fun, dude. The fun part is not knowing where we’re going to be, and we’re going to be in Kansas City this year, and I’m looking forward to how you guys party on Halloween. New Orleans is usually a lot of fun, but it’s going to be fun this year. I know we got some fun stuff in store for you.

In addition to Tank & the Bangas being a massive, 12-piece band, you have this front woman in Tank who is using her voice in these incredibly dynamic ways.

That’s right. It really is, and it’s so versatile. She goes to so many different places, man, and it’s always a surprise. And her voice has matured so much over the years. When I first started playing with her, she was raw, and would just kinda do whatever she wanted, even if it didn’t make sense to everybody else.

But, it’s like now, it’s even more refined, and she’s still growing, still open, and she’s still passionate and sincere in everything she’s singing, so you kinda gotta listen. It just sucks you in, and it demands the attention in the room. Commands it, I should say.

The music that the band performs is of its own — it just turns on a dime. I know part of the reason we had to wait to do this interview was because last week, you were rehearsing. How much rehearsal does it take to be that versatile?

Our thing has always been: when we’re not touring and trying to put a show together — especially before NPR, because after NPR, we slacked off on rehearsals, because we’re so busy — but before NPR, it was two rehearsals a week, three or four hours, and everybody knew what time it was, same time every week. We was just rehearsing, putting in that work, and we would make recordings, and everybody was expected to be up on whatever the new format was by the next rehearsal.

It’s some expectations, and accountability, and the desire to put something together and make something great. All of that goes into it, and who knew it would pay off the way it did?

Tank & the Bangas play the Truman on Wednesday, October 31, with Big Freedia and the Naughty Professor. Details on that show here.