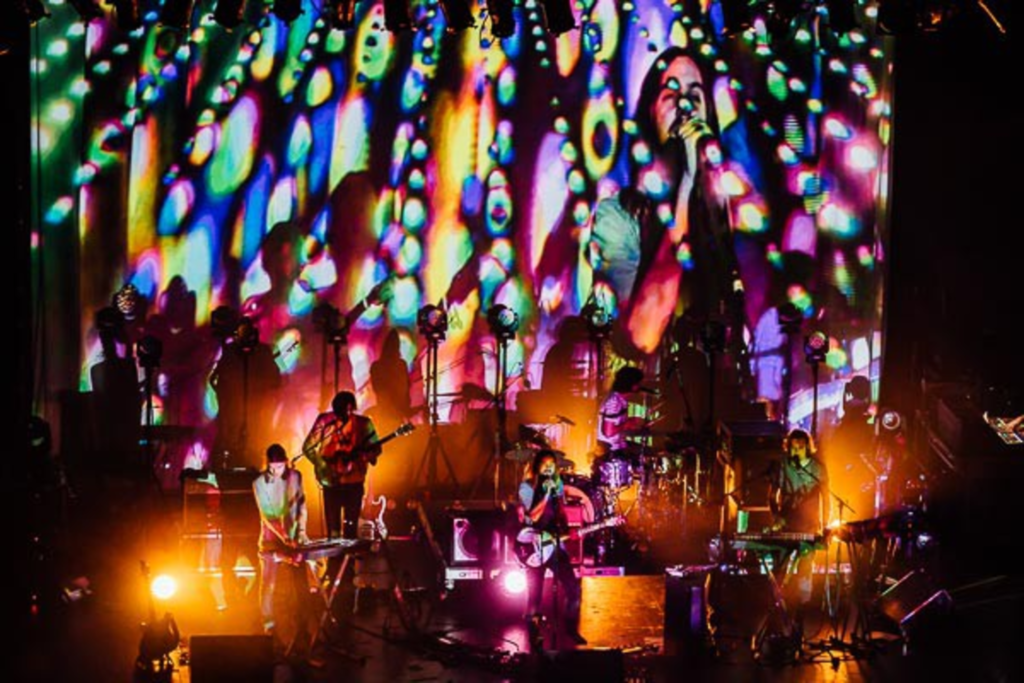 Tame Impala’s albums – psychedelic, dynamic and richly textured – are meant to be listened to with the volume all the way up. Fortunately, this is also the way the band performs: with searing volume and enough swirling, pulsing, rainbow-colored lighting to overwhelm eyes along with ears. Last night’s audience at the Uptown responded to the onslaught with matched enthusiasm throughout the set. It was a heavy, relentless and, ultimately, powerful performance. 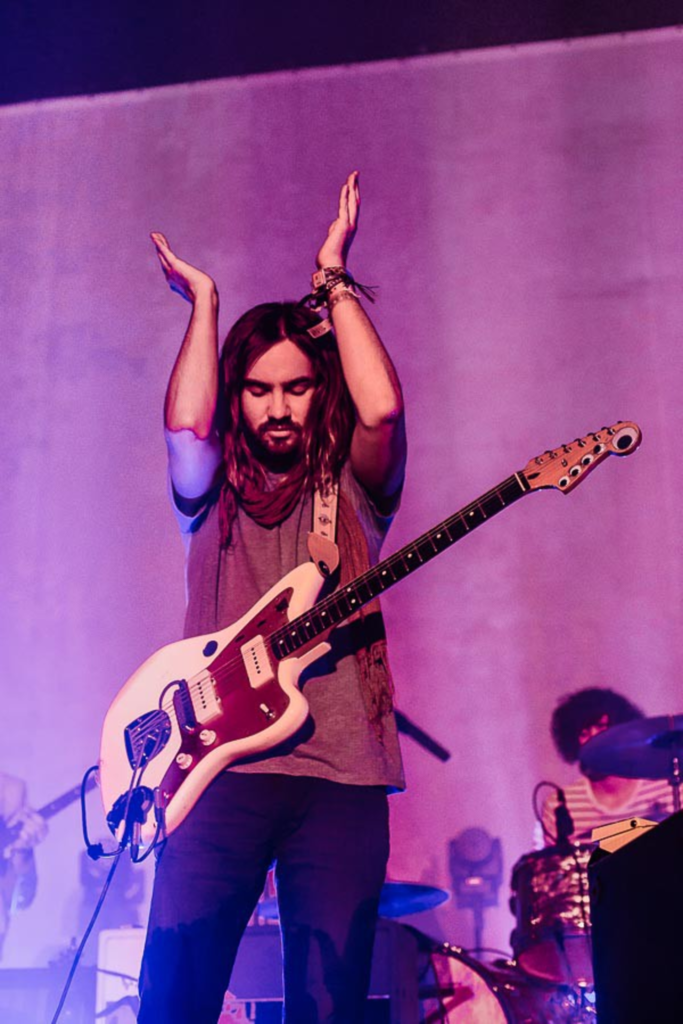 Everything about Tame Impala’s set was planned to the most minute detail, down to the stagehands and techs: They were all uniformly outfitted in white lab coats, tinkering with each of the musicians’ setups before the band took the stage. Up on the stage’s massive LCD screen there pulsed a small green light, made to look like an electronic gun sight. The lights went down a full five minutes before the show began, and the crowd buzzed: It wasn’t sold-out, but it might as well have been, it was so tightly packed and hot from the stage to the balcony. When the stage lights at last went up and Tame Impala filed out onto the stage, the audience erupted.

Following a brief instrumental intro, the sensory assault began and didn’t let up for the following 70 minutes. The band began with “Let it Happen,” a track off of its forthcoming album, Currents, due out next month. Drums were made to sound like electronic drum pads, and the melody was fully guided by synthesizers (and later, a vocoder). This is a stylistic departure for the band: Previous releases have not leaned so heavily on electronic effects, but it worked well in a live setting.The beats are still heavy, guitars still swirl. It is still incredibly loud. If this is what we can expect more of on Currents, we’re looking forward to it. 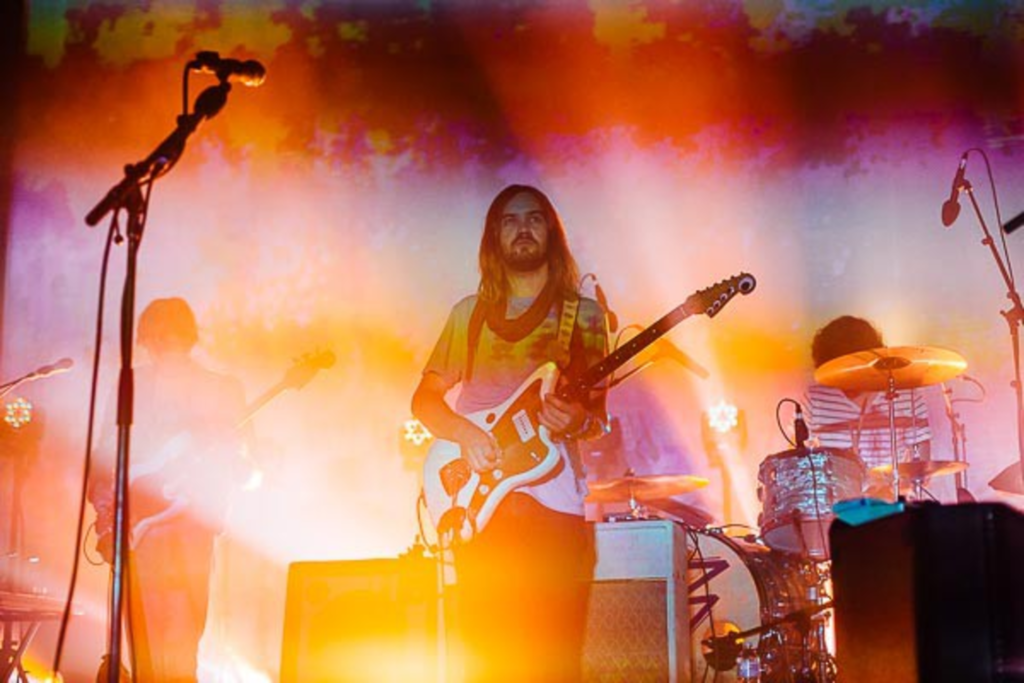 Typically, audiences shy away from newer material, but that was not the case last night. The entire crowd followed frontman Kevin Parker’s every move. When he beckoned them to clap, all hands went up in the air. When he took to his guitar, they danced.

“Alright, here we are,” noted Parker, in one of his few brief statements to the crowd. He was succinct. “You guys look cool.”

Tame Impala has tapped into a unique space: While there are a lot of acts that can effectively mimic and even expand upon ’60s and ’70s psychedelic rock, Parker and crew have managed to tap into the era’s willingness to experiment – or even just to noodle with a beat and an effects pedal live – for several minutes, without the crowd minding one bit.

The band is not as experimental and unafraid to alienate an audience as say, Animal Collective, yet it is certainly willing to venture into some strange directions. Case in point: “Be Above It,” off of 2012’s Lonerism, found a crunchy, droning electronic beat meandering through airy guitars. The song builds slowly, but never explodes.

That’s not to say that the band can’t build a solid crescendo. It did, time and again. And while the songs were sculpted up and down on stage, Tame Impala’s bright, cascading lights and relentless bass were enough to make you dizzy – even on the balcony. 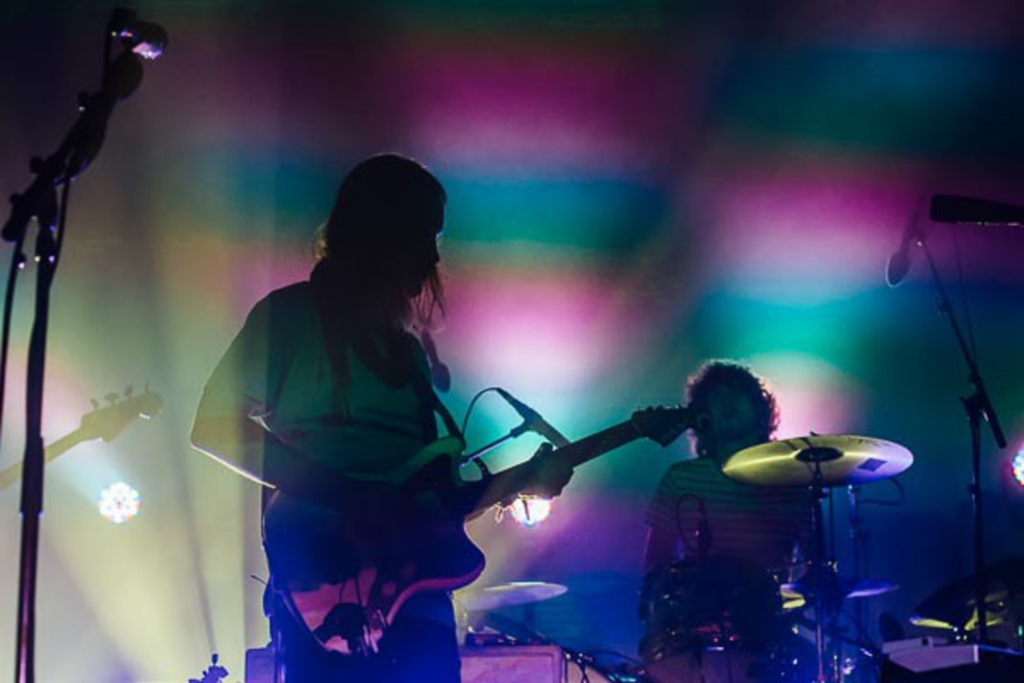 An hour of intensity culminated in the performance of “Apocalypse Dreams,” when it felt like everything was about to rattle loose in the Uptown. Parker threw his hands and guitar into the air as synthesizer and propulsive drum beats crashed around him. The sound was massive; those who were standing near the amplifiers surely still have ringing ears this morning. At the song’s last note, the crowd responded with equal, blistering volume. It was impressive.

The band broke for its encore, and while the audience waited, the lights and the electronics onstage pulsed. They returned to perform “Feels Like We Only Go Backwards,” and not a single concertgoer was seated.

“We are from Australia,” Parker said once the song had finished. “It’s a long way for us. We have been here in this very room when no one knew about us, supporting MGMT. That was a fuckin’ fun tour, and we never thought we’d be able to come back and fill the room ourselves. That was an outlandish idea for us. Thanks for helping us fulfill a dream of sorts.”

The band then blistered once more with “Nothing That Has Happened So Far Has Been Anything We Could Control,” and if audience reaction could say anything, a few other dreams had been fulfilled as well. 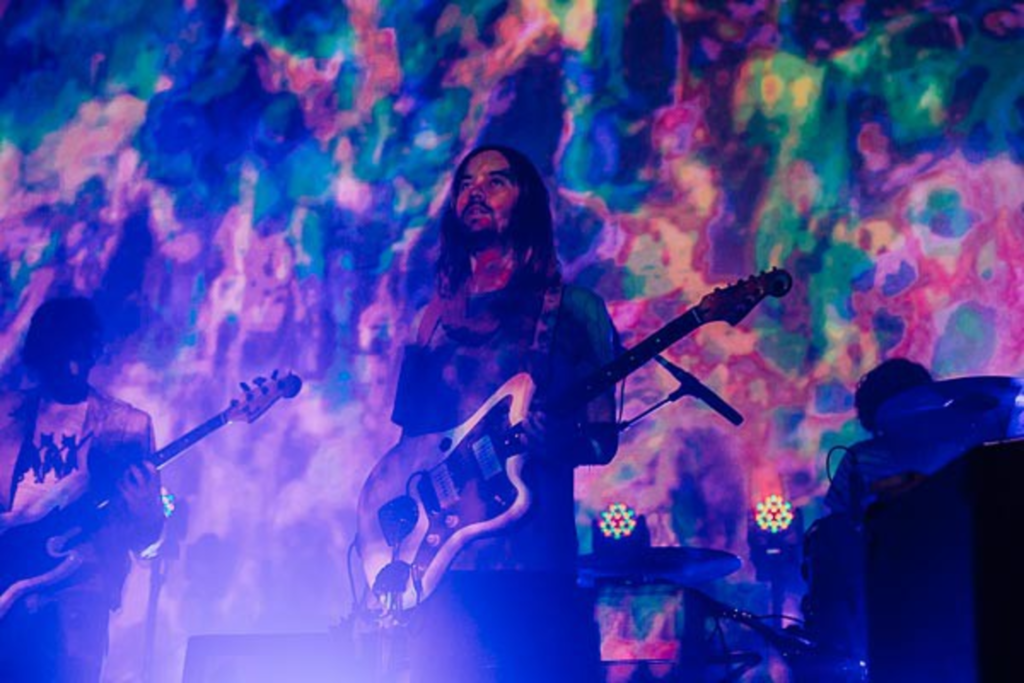 Leftovers: Kuroma opened up the show with a bright, poppy set, which even featured a Breeders cover. It was a bit of a mismatch stylistically, but this audience didn’t exactly need priming.

Another note: I saw three different people at different times getting medical attention in the lobby. Pace yourselves, kids.

Tame Impala Setlist (approximate, please leave changes in the comments)
Intro
Let It Happen
Mind Mischief
It Is Not Meant to Be
Why Won’t They Talk to Me?
Alter Ego
Eventually
Elephant
Disciples
Be Above It
Oscilly
‘Cause I’m a Man
Why Won’t You Make Up Your Mind?
Apocalypse Dreams
—
Feels Like We Only Go Backwards
Nothing That Has Happened So Far Has Been Anything We Could Control