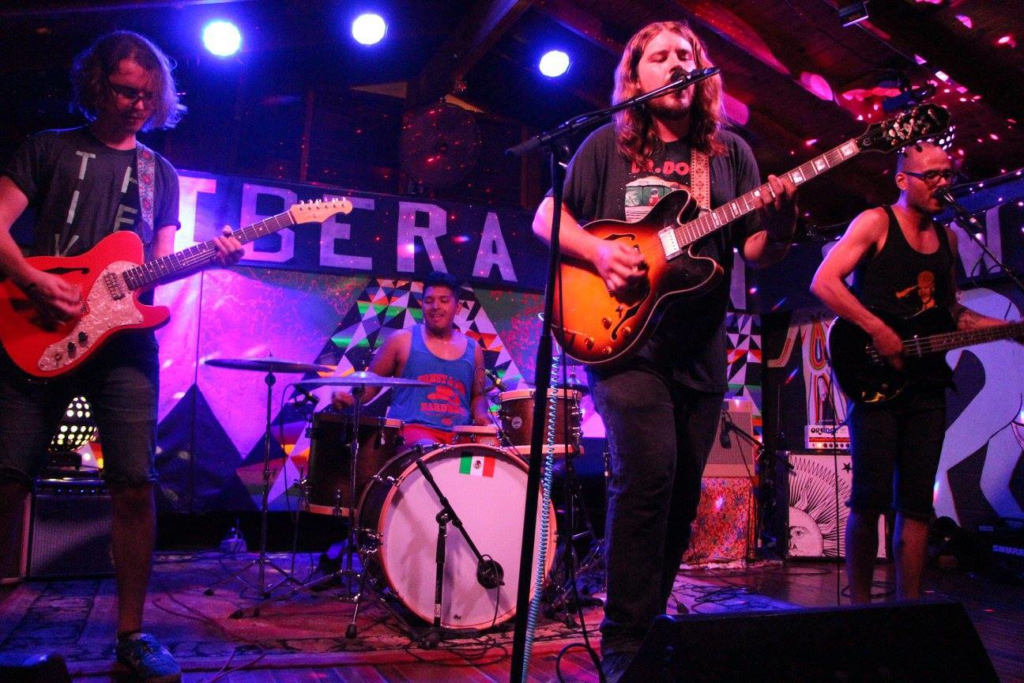 I showed up early to my interview with Lawrence indie-rock quartet Westerners, so I sat outside in the sun on a late Sunday afternoon, listening to the band practice. Even from several yards away, blocked by the door of the practice space, the band’s clear, multipart harmonies came ringing through above the sound of the wind in the trees and a passing nearby train. It’s a blissful sound.

Inside the rehearsal space, the air conditioner struggled against the summer, the amps and the body heat, so we adjourned to the house proper. After the five of us (six, counting doggo Daffy) got situated in the living room, we talked about the release of the band’s new album, Reoccurring Dream Theme, on Kansas City label the Record Machine. 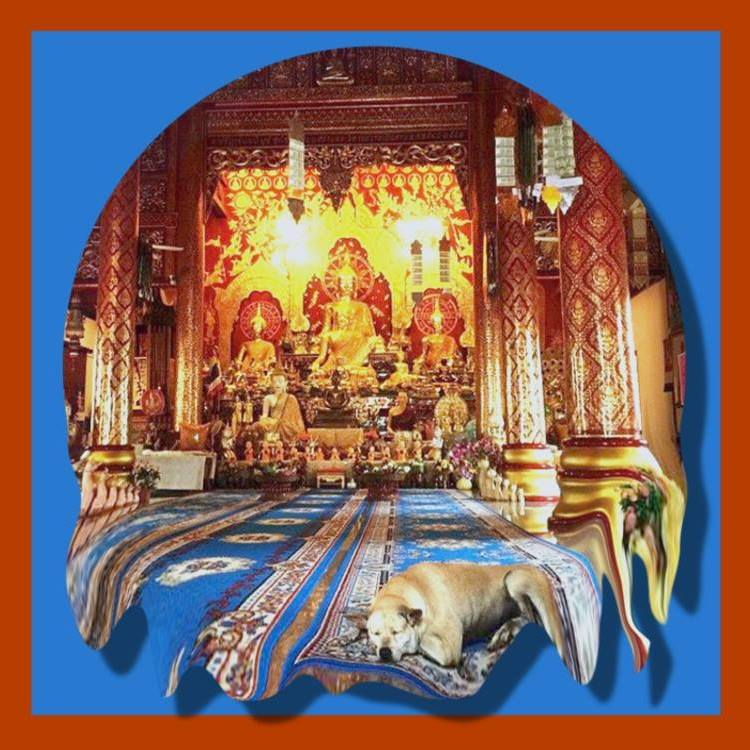 The Pitch: This album has taken a while. When did I first talk to you about it?

Mitch Hewlett (guitar and vocals): It’s been in the works for two years, which seems like forever, but it also doesn’t seem like that long.

Hewlett: It is, though, because in my head, I was like, We got this — five months, we’ll get this out. We’re fucking good! Then two years go by.

Hartranft: It’s only because we took our time. We were just takin’ our sweet-ass time.

And you recorded it yourselves, right?

Hewlett: We tracked it ourselves, in that little room down there. Mostly live — a lot of it live — and then had it mixed at a place called Massive Sound in Shawnee.

You were telling me when we ran into each other in front of Henry’s [Lawrence coffee shop] that you learned a lot from recording this.

Hewlett: Oh, yeah. It was my first time tracking a full band or doing a project like this myself. We did it pretty low-key — just the bare-essentials type of things. There was a lot of little mistakes, and that’s what really took a lot of the mixing time, too, because we ended up taking it to Massive Sound and Paul Malinowski of Shiner — he’s the one who mixed it. That’s his studio. It’s just eight or nine of months that we took of finding little things and fixing.

Hartranft: It’s little things that we would’ve known, had it been our second or third time through.

Matt Pelsma (guitar): Paul did such a good job, though.

Does recording it live more accurately reflect the sound of Westerners?

Hewlett: I think so. We haven’t necessarily dialed in being a studio type band yet.

Gerardo Rojas (drums): We made a lot of judgment calls. Too many, sometimes. [laughs]

When I showed up, you guys were playing the end of this big, psychedelic song. Is that on the album?

Hewlett: That’s called “Portmanteau,” and it’s actually the single from the album. That’s one of my favorite songs on the record. It’s a big, long, kind of epic track. It’s kind of a weird song for a single, bit our more poppier one, we’re going to have a video for.

What’s funny is that the audio for this live video [for “Wasn’t In My Right Mind”]  that we shot — I was telling these guys that I wish that had been on the album. It was just like, a day late to do that. It’s just a little more energy. On the album, it’s chill and poppy, but live it’s like a punk track. You know how bands get when they play live.

Hewlett: I kind of like that. It makes a groove for the record, as a whole.

Rojas: It’s kind of like ADHD and anxiety, because when you’re playing it slow, live, you just feel like there’s a bunch of space. You feel like you’re not stimulating anyone and you’re just like, too slow.

Hewlett: For real! I kind of remember — it’s difficult because it’s been going on so long [laughs] — but I remember us making a conscious effort when we were tracking down there to be like, “Let’s not play this one as fast.” Just so every song didn’t have the same BPM.

Is that part of why you added a guitarist?

Hewlett: Yeah, because we had lost our guitarist, at the time, which was fine with me, but I did a lot of the overdub guitar parts myself. We pulled Matt on for live shows, and then he joined the band, and we spent four months doing his parts, because I was like, “Fuck it, dude, you should play these.”

It’s cool that your first music released from the record shows both sides of the band, right from the start. There’s this slower, grooving piece, and then one that’s uptempo and fast.

Rojas: Coming at it from all angles. We’re like a tuxedo T-shirt.